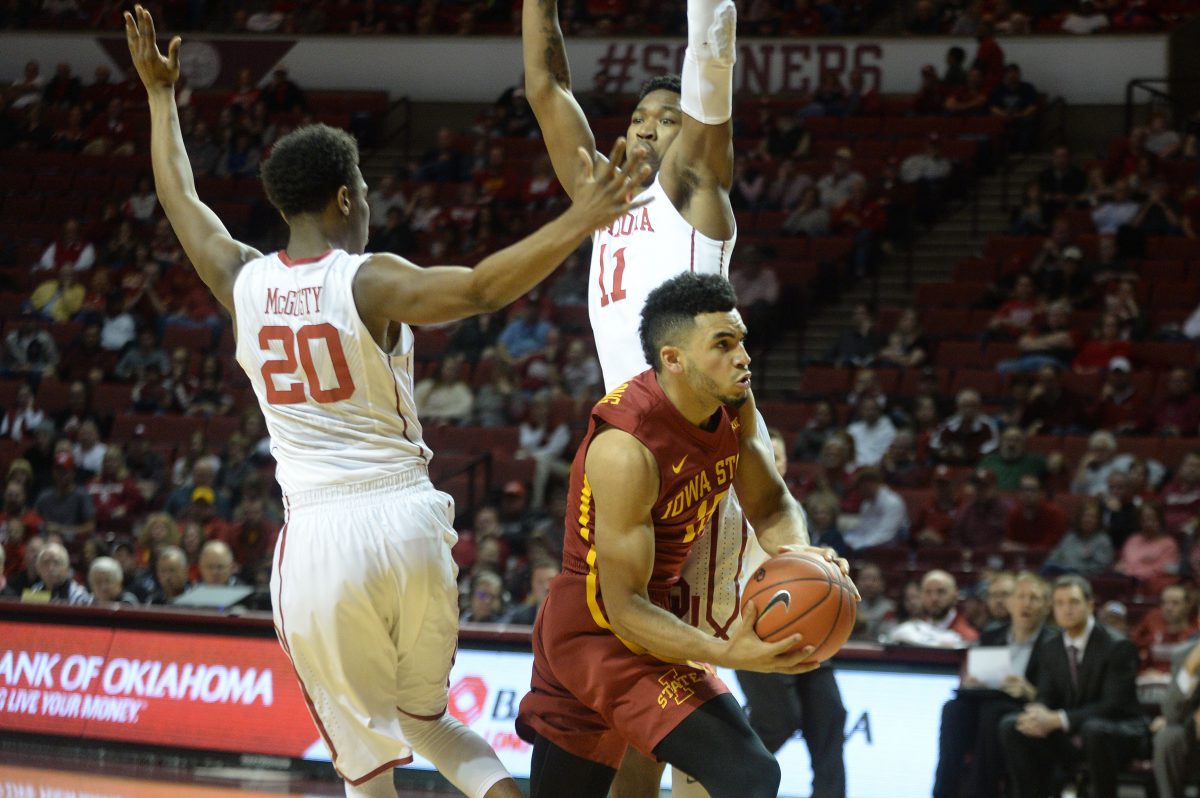 AMES — Naz Mitrou-Long stared at a pane of reflective glass late Tuesday night. In the wake of a head-shaking loss at sub-.500 Texas, Iowa State’s most vocal senior leader found himself at a crossroads in his fifth season.

The upshot: He must do more. Everyone must do more and be more focused if the Cyclones are to accomplish the lofty goals they set for themselves this season.

“I was looking myself in the mirror (after that loss) and I appreciate you asking that because this is everything I asked for, man,” said Mitrou-Long, who hopes to help spark a winning streak as ISU (14-9, 6-5) prepares to take on Oklahoma (8-15, 2-9) at 5 p.m. Saturday (ESPN2) at Hilton Coliseum. “My role coming in here — I’ve always been a role guy and I’ve accepted and loved that, it’s brought me great success in this program, but now I’m in a position where I can win this school some games, bringing out my talents, doing what I can to contribute to those Ws.

“So our backs (are) against the wall and if I’m not contributing these last guaranteed eight games, then we’re not going to get to where we want to get to. So this is a position that I’ve asked for; everything I’ve worked for in my life, man, to be here alongside these guys and under this coaching staff to get it done, so prove some people wrong.”

Backs against the wall. Prove people wrong. These two long-held sentiments have propelled the Cyclones to two Big 12 Tournament titles and a pair of Sweet 16 appearances in the past four years.

But this season, ISU’s primarily aiming to prove people right. The Cyclones were a preseason top-25 team. They were picked to finish second in the Big 12 by coaches — and their backs are against the wall, so to speak, solely because of inconsistent play.

“It comes down to effort now,” said senior guard Matt Thomas, who’s scored 14 or more points in four of the past five games. “We just had no sense of urgency at the start of (the Texas) game and that’s how it’s been in those slow starts or when we’ve been inconsistent. It’s really been a lack of effort or just us not really running any offense. Obviously the hustle plays, the toughness plays, the 50-50 plays that you have to win when you want to get road wins, we didn’t do that at Texas and that’s why we lost. … It’s a collective effort. It’s everybody. It’s one to fifteen.”

ISU is tied for fourth in the conference standings and has lost three of its last four games.

A hyper-cold start in Austin forced the Cyclones into desperation mode and they couldn’t complete a comeback from 17 points down. A similar — actually, worse — start against the Sooners in Norman earlier this season preceded a stirring revival from a 21-point deficit that ended in a 92-87 double-overtime triumph.

What’s behind the slow starts and shaky stretches? Thomas hinted at some root causes, but it’s hard to pinpoint what’s behind them until it’s too late, or almost too late.

“You really don’t know, until that ball’s thrown up at five o’clock and we play Oklahoma,” said Cyclones coach Steve Prohm, who noted his team has had good practices leading into losses and an exceptionally bad one leading into the signature win at Kansas. “But I know this: I’m going to do my part these next couple days and these guys, they’ll respond. They’ve responded all year and I expect them to respond this week.”

Win against Oklahoma — which has lost six straight games — and another big road opportunity looms at Kansas State. The Cyclones play five of their next six games against teams that sit below them in the Big 12 standings, so there’s still time to further climb before tournament time approaches.

But the 8-15, 2-9 Sooners won’t be an easy out. Despite their struggles, they, like everyone else in the league, can be dangerous on a given night. Point guard Jordan Woodard (14.9 points per game) and forward Kristian Doolittle scored 15 points while grabbing a career-high 15 rebounds in ISU’s win at Norman.

ISU’s second-year coach has got a lot of respect for his seniors, as well. From fourth year and fifth year guys such as Mitrou-Long, Thomas, and Monté Morris to transfers such as Deonte Burton, he’s convinced they’ll be at their best with their backs against the wall yet again.

It seems to be a productive posture, dating back to Fred Hoiberg’s teams. When external doubt meets the Cyclones, they tend to rise up. That’s Mitrou-Long’s plan. Last season, lingering effects from double hip surgery relegated him to a cheerleading role on ISU’s run to the Sweet 16. Another long look in the mirror this season means demanding more from himself — and his teammates — on this ultimate finishing stretch.

“It’s hard for people on the outside looking in to see and understand the game of basketball,” Mitrou-Long said. “It’s a game of runs, in a minuscule standpoint as far as a game, and in the grand scheme of things as far as the season goes. We can get hot and go on a run. Oklahoma State just ran off five ( straight wins) before they lost by three to Baylor. It goes to show, man, you’ve got to stay humble through the successes and the failures and anything good could happen. I know we’re going to get hot when it counts and the time is now. It’s about understanding that. I’ve been there before and I know that we’re going to be able to pull through.” 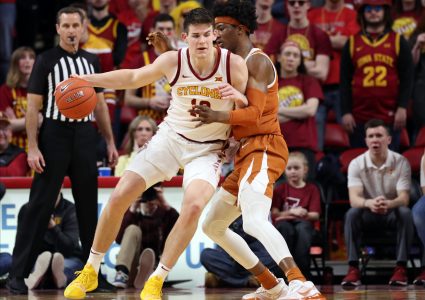