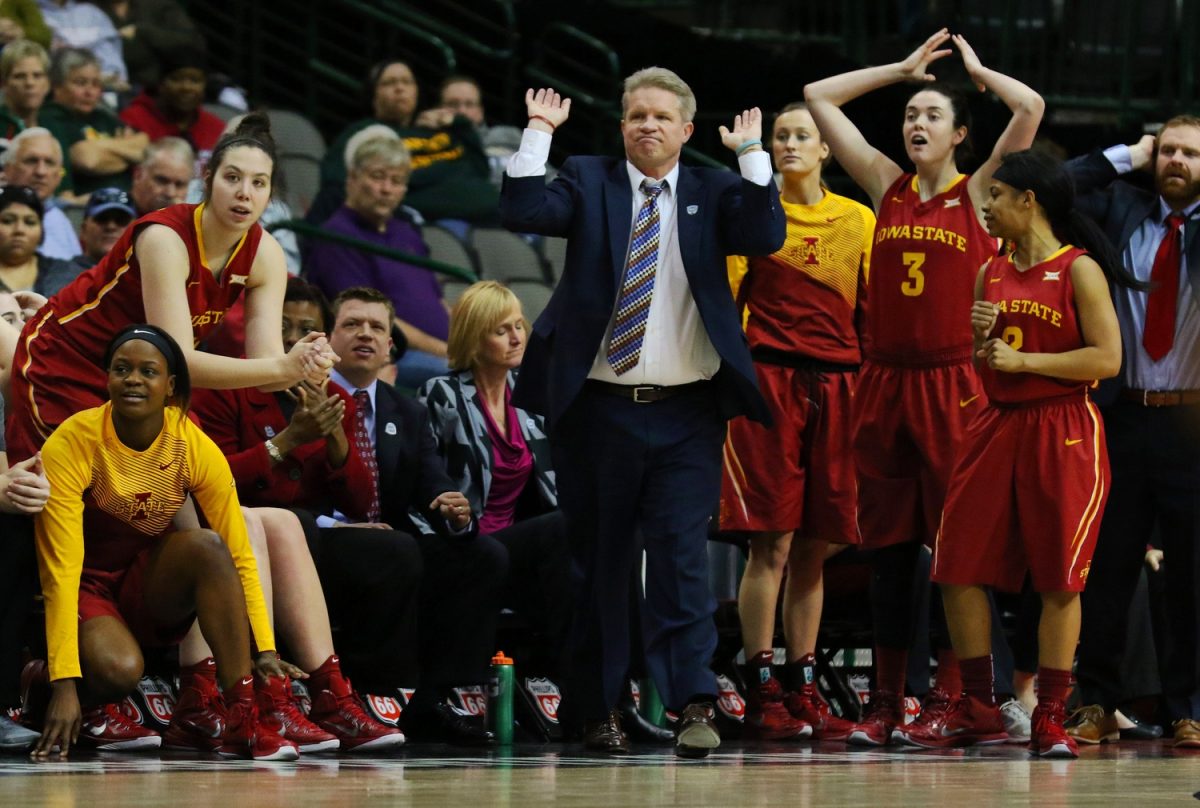 The Iowa State women’s basketball team played an emotional game against the No. 6 Mississippi State Bulldogs on Saturday. The two teams went into overtime and the Bulldogs came out victorious, 85-81, over a game Cyclone team that led for the majority of the game.

Iowa State had to put the loss behind it quickly as barely 24 hours later, its next opponent – the New Orleans Privateers – would roll into town.

“Certainly after the first quarter, I thought our kids played really well,” Fennelly said. “Obviously the emotion, the mental and physical fatigue of yesterday was evident. Not an excuse. Just one of those things they had to get through. So very proud they way they handled it.”

Then came the second quarter and the Iowa State offense woke up.

At the 8:43 mark in the second, guard Emily Durr hit a 3-pointer to pull Iowa State within one, 17-16. That three ignited the Cyclone offense for the remainder of the contest.

“We had some good looks at the baskets,” Fennelly said. “Second quarter was good. Got to halftime with a little bit of a lead. Then from there, the second-half was what you were hoping for.”

In the second quarter, Iowa State set fire to the nets. The Cyclones shot 80 percent from the field and convert on all five of their 3-point attempts. The hot shooting didn’t stop after coming out of intermission with a 42-35 lead.

The Cyclones finished the 40 minute contest shooting an outstanding 58.9 percent from the field and an even more eye-popping 66.7 percent from 3-point land. But the most incredible statistic was that their shooting ability was an overall team effort.

Starting point guard Jadda Buckley went 5-of-9 on the day for 18 points while starting center, Meredith Burkhall, converted on seven of her 10 attempts for 17. Iowa State also got contributions from bench players like Durr (5-of-8 for 19 points) and post Claire Ricketts (5-for-5 for 10 points). Since Heather Bowe is still nursing an ankle injury, Iowa State could definitely benefit from outings like that from Ricketts.

“That is huge,” Fennelly said on Ricketts. “We need her to play. Claire is someone who will always play hard. We need her to defend and rebound. Today, she was in the right place and right time.”

After losing in heartbreak fashion against Mississippi State, Fennelly said he would learn more about his team by the way they played against New Orleans than the loss to a top-10 team. The thing that he learned that his team is resilient and is able to put past mistakes behind them and move onto the next 40 minutes.

“We just had to get through today,” Fennelly said. “We looked at our schedule and talked to our players. This is a very hard time for a student athlete. We have one week and then finals. So you got to prioritize. You got to get to the finish line.”