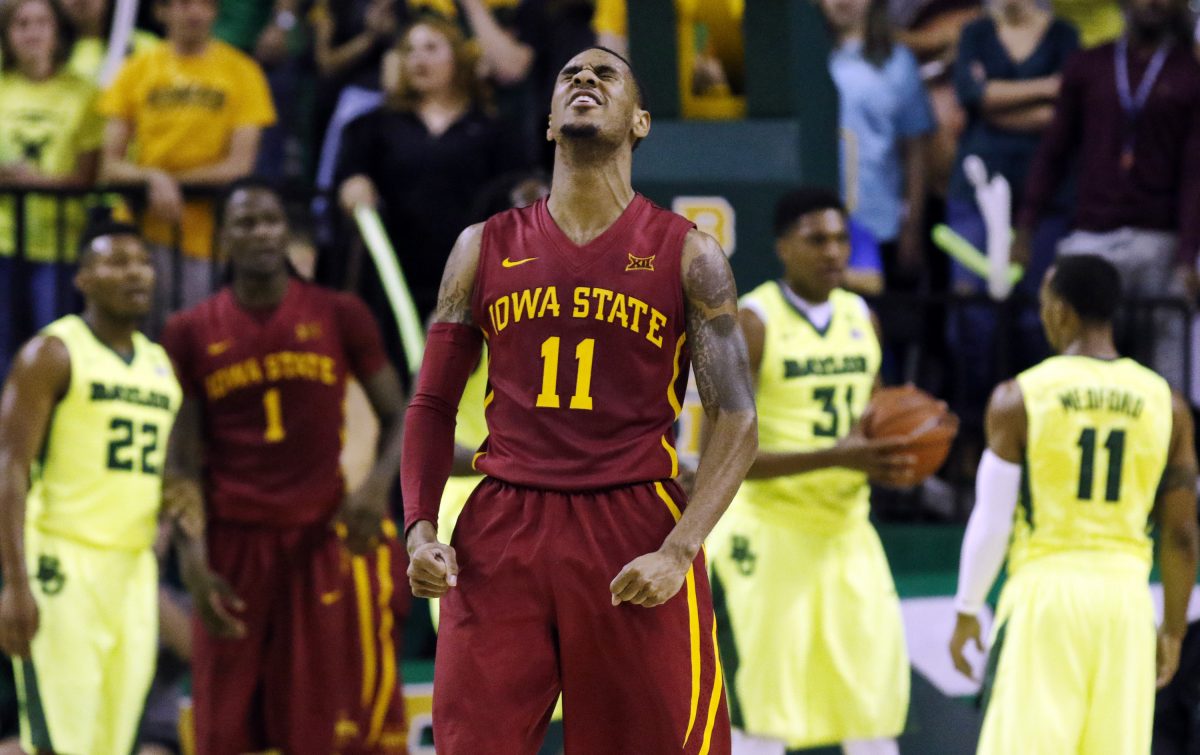 AMES — In order to turn a slumping Iowa State basketball program around, Fred Hoiberg came in and did what he had to do. Back in the day, bringing in an onslaught of talented transfers like Hoibreg did was an outside the box move but by gawd, it worked.

The anatomy of the 2016-17 Iowa State basketball team (that beat Sioux Falls 101-57 in an exhibition on Sunday) – one that includes four transfers of its own but is now dominated by five seniors in the starting five – is completely different than the one Hoiberg led to four consecutive NCAA Tournaments.

Tonight’s starters for the exhibition against Sioux Falls: pic.twitter.com/ZGtEyGqvUv

I encourage you all to soak this year up because senior classes like this one don’t come around very often.

The combination of Monte Morris, Naz Mitrou-Long, Matt Thomas and Deonte Burton (not counting fifth-year transfers Merrill Holden and Darrell Bowie because they just got here) combines for the following accolades:

— Morris, the Big 12’s Preseason Player of the Year (and an Associated Press Preseason All-American), is the league’s active career leader in assists (551) and steals (171). His 6.89 assists per game last season totaled an Iowa State record. Morris currently holds No. 1, 2 and 3 in Iowa State’s record book for assist-to-turnover ratio from the first three years of his career.

— Naz Mitrou-Long is seventh all-time on Iowa State’s 3-point list with 162 to his name.

— Deonte Burton, the 2016 Big 12 Newcomer of the year, only played 26 games last season and according to those in the program, is destined for big things this winter.

Most importantly, these guys are winners. Remarkably, should Iowa State advance to its sixth-straight NCAA Tournament this March, all four of them will go their entire college careers without missing the Big Dance.

The transfers – guys like Royce White, Korie Lucious, Will Clyburn, Chris Babb, DeAndre Kane and Chris Allen, won a lot of games at Iowa State and brought the program back to national relevancy. They are and should be credited for that, but couldn’t have done it without the mainstays – four-year guys like Melvin Ejim, Georges Niang, Morris, Mitrou-Long and Thomas along the way.

Iowa State is going to continue to recruit transfers. Steve Prohm has been very open about that.

Four years ago at Iowa State, the transfers were the main event. However if you consider Iowa State’s current recruiting efforts, it’s starting to look like it’ll be the transfers complimenting the four-year guys going forward.

Now that Iowa State is an established program (the Cyclones have been ranked in the AP Top 25 for 57 straight weeks, which is the third longest streak in the country behind Kansas and Arizona), that’s probably a good thing.

Five thoughts on the exhibition win

1 – This goes without saying, but it is really hard to take too much away from the bloodbath that fans witnessed Sunday night in Hilton Coliseum. Sioux Falls is a mediocre Division II program and prior to Sunday, the Cyclones had won their last five exhibition games by an average of 36.6 points. This “game” was more about getting the guys re-acclimated to Hilton Coliseum leading up to Friday’s season opener against Savannah State.

It’s been almost a calendar year since Mitrou-Long suited up inside of Hilton. His return was fantastic to the tune of a game-high 24-points while going 6-of-10 from three.

2 – This team’s biggest strength will be its chemistry. In a bit of an add-on from the opening point of this column, the four returning seniors are all on the same page. Morris, Thomas and Mitrou-Long are three of the hardest workers I’ve ever covered here (which comes from that culture that Melvin Ejim and Georges Niang established).

What I love about Holden and Bowie is that they came to Iowa State knowing their roles and craving an NCAA Tournament.

Holden had four blocks on Sunday while in only 12 minutes of action, Bowie snagged seven rebounds. Both of those numbers are encouraging.

Remember the constant Jameel McKay and Hallice Cooke drama from a year ago?

I don’t see anything like that happening with this year’s team.

3 – It was fun to watch the Cyclones press a little bit. They didn’t do it excessively but enough to get a hoops junkie enthused about the possibilities for later in the season. Prohm just has so many athletes on this roster who are interchangeable and versatile. This will be an exciting development to follow throughout the non-conference portion of the schedule.

4 – One thing I like to watch for in exhibitions is the physical appearance of the guys. Who muscled up and who trimmed down in the offseason?

Two guys stood out to me on Sunday, the first being freshman forward Solomon Young. At 6-foot-8, 240-pounds, this kid could very easily be playing defensive end for Matt Campbell this year.

“Solomon Young is going to kill someone on a screen this year,” a buddy texted me during the game.

Let’s hope that nobody dies, but the sentiment of that statement is very true.

Those inside the program say Young is physically ready to go but also compare him to one of those lab puppies with giant feet but is still a little bit clumsy. The game will slow down for Young eventually and when it does, I really think he can help this program win games in the Big 12.

Even if Young’s development takes a little longer than expected, he is sure to be a fan favorite along the way.

Deonte Burton is the other. Prohm told me on media day that I would be able to see a trimmed down version of Burton pretty clearly and he was correct. Deonte notably had 15 points, nine rebounds, six steals and four assists in the exhibition. To quote Fred Hoiberg, that’s an old “stat-stuffer” game.

5 – Hilton Coliseum’s new lighting looked absolutely beautiful on Sunday night. The court is brighter than ever and the seating appears to be darker. It looks great and kudos to Iowa State for making that big improvement.