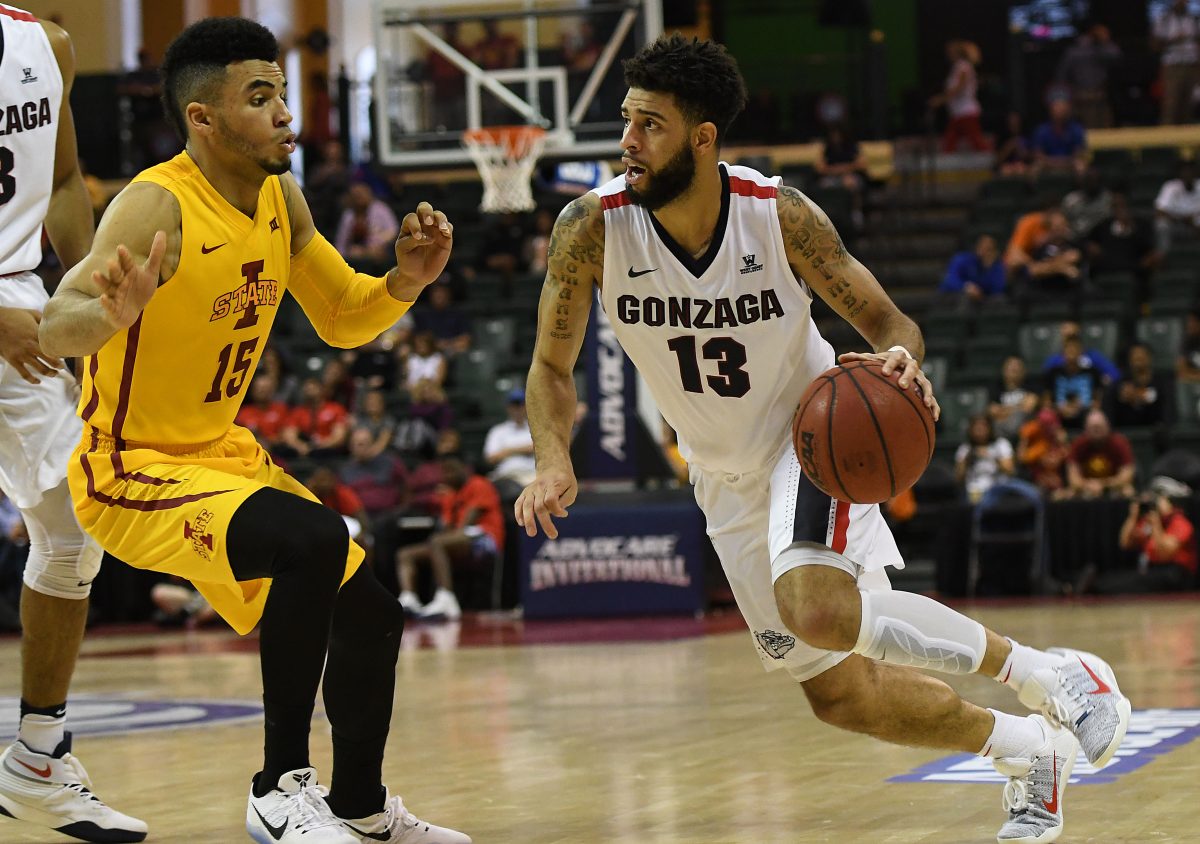 AMES — Naz Mitrou-Long took the challenge in stride, which is to say he attacked it.

Until now — so what spurred the spike?

“We’ve taken that as a major responsibility to help our bigs get rebounds because it’s a collective effort,” said Mitrou-Long, who’s averaging a head-turning 6.8 boards per game entering the No. 19 Cyclones’ matchup with gritty and talented, but unranked Cincinnati at 8 p.m. Thursday (ESPN) at Hilton Coliseum. “A guy like myself, I don’t think I averaged over two rebounds up until this year so I definitely was challenged by coach (Steve) Prohm and the whole coaching staff. … There’s no reason I couldn’t average as many rebounds as I’m averaging right now other than I need to be more physical.”

So Mitrou-Long and the rest of his backcourt mates set about improving themselves.

Preseason Big 12 player of the year Monté Morris is 1.3 boards per game above last season’s rate.

And Matt Thomas is almost dead even with last year’s average, pulling down 4.3.

All of that adds up to a significant net gain — and a needed complement to Deonte Burton’s 8.5 rebounds per game and Darrell Bowie’s 7.3. The Cyclones (5-1) enter Thursday’s clash with the Bearcats (5-1) ranked seventh nationally by kenpom.com in defensive rebounding percentage.

“We’ve got to do what we did against Gonzaga,” said Prohm, whose team fell 73-71 to the No. 8 Bulldogs in the Advocare Invitational championship game. “I think Miami and Gonzaga both are plus-12 in rebounding margin and we were even with Gonzaga and minus-one against Miami. So we’ve got to try to win the battle of the boards. We need our guards to rebound. … We’ve got to just collective rebound against those guys.”

Cincinnati will run, but as always, stern defense is the primary driver for team success. The Bearcats rank 13th in adjusted defensive efficiency and 23rd in offensive rebounding percentage.

Shooting guard Jacob Evans stokes the offense with 17.8 points per game, but big man Kyle Washington isn’t far behind at 16.8 points per game. He also pulls down 9.3 rebounds — many of which turn into put back opportunities. Point guard Troy Caupain dishes out 4.8 assists per game and scored 18 points in last season’s matchup that ISU rallied to win, 81-79, at Fifth Third Arena.

“They are physical up front with Gary Clark and Kyle Washington’s a really, really good player — this is the first time I’ve really got a chance to watch him play,” Prohm said. “Jacob Evans is a true wing that can play and they can go small with him at the four and try to do a mismatch like we do with Burton. But they’re good. They change defenses. The matchup zone. The 2-2-1. We’ve got to just make sure we’re getting a good shot every time down against them. I think we’ll match the intensity, especially being here in Hilton.”

The Cyclones’ augmented efforts on the boards have helped them blossom on defense in general. They tightened up in the second half in each game in Florida, limiting Indiana State to 36 percent shooting after the break, Miami to 32 percent and Gonzaga to 29 percent.

ISU’s added depth, coupled with speed and athleticism, helps to explain its considerable gains on defense.

It’s also a reason they’ve showed great improvement on the glass despite no one in the rotation standings taller than 6-8. These advancements will obviously be fiercely challenged by the Bearcats, but that’s nothing new to Mitrou-Long and the rest of the Cyclones’ hard-charging core.

“Height doesn’t determine your heart,” said Mitrou-Long, who stands 6-4. “And we’ve got heart. We’re big in that aspect and we’re willing to battle with whoever and we can play with whoever.”