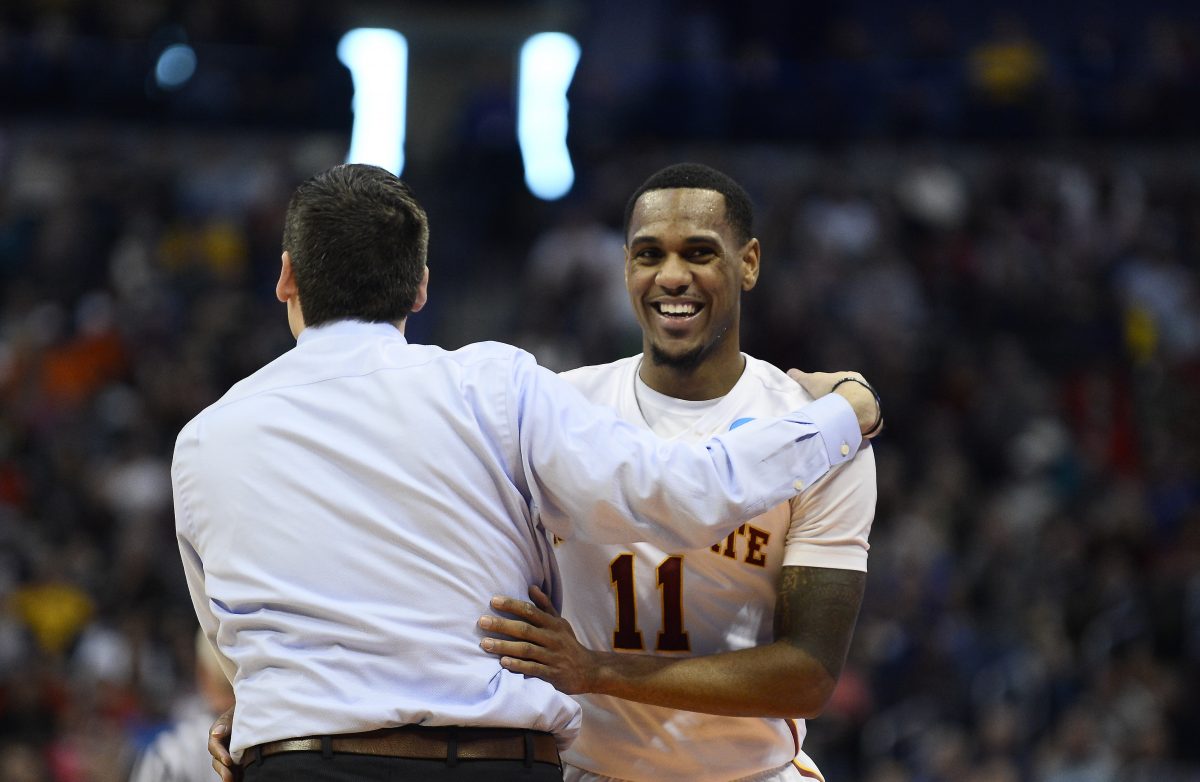 AMES — Steve Prohm has made improving Iowa State’s defense a major priority during the lead-up to his second season in Ames. Anyone that’s followed the Cyclones over the past couple weeks knows that’s the case.

That defense got its first live test last Sunday during the Cyclones’ “secret scrimmage” against Nebraska, which the Cyclones won, according to our publisher Chris Williams. But, even with the win, the defense didn’t exactly pass the test.

“Our offensive numbers were terrific,” Prohm said before practice on Tuesday. “I think they missed 24 shots. We rebounded 18 of those 24 so that was improvement, but the areas that we’ve talked about all preseason, transition D, containing the dribble, being in gaps, contesting shots, we didn’t do a great job in those areas and those are the areas we’ve got to get better in.”

Continuing to make strides with the defense will still be one of the top priorities for Iowa State as they prepare to host Sioux Falls in an exhibition game on Sunday at Hilton Coliseum.

In fact, Prohm and his staff aren’t really even worried about prepping for the Cougars’ personnel or schemes. They’re mainly focusing on fixing the problems Iowa State has before their season opener on Nov. 11.

“I don’t know anything about Sioux Falls and we won’t do a ton from a preparation standpoint for that,” Prohm said. “Just like with Nebraska, I just want to see where we’re at defensively, what we’ve got to do to get better and what we need to continue to work on.”

How do players adjust to the emphasis on reducing physicality?

One of the hot topics during Tuesday’s media availability was the NCAA’s supposed emphasis on reducing the physicality in games this season.

I know what you’re thinking, the officials say that almost every season. That said, it is something players have to adjust early in the season — even if the emphasis usually only lasts for a couple months.

“I think it’s going to be tough to adjust to at the beginning of the year, but I think as the year goes on, refs kind of understand that it takes a little bit away from the game,” senior guard Naz Mitrou-Long said. “I think, a couple months in it will start dying out, but it is what it is, you know what I’m saying. You’ve got to adjust to it. It’s not only effecting us, it’s effecting every teams, so it’s going to open up lanes for Monte (Morris) to get the basket and create for shooters like myself and Matt (Thomas) and our bigs.”

Morris is, probably, one player that could stand to benefit from reduced physicality — at least on the offensive end of the floor. He’s been one of the most highly used players in college basketball over the past few seasons and tends to take a beating.

He’s hoping some of the changes could help dial that beating back.

“On the ball, I hope it will effect me big-time. Guys can’t touch me,” Morris said. “I like touching on defense a little bit, so I got to adjust that way, too. Knowing how the refs are calling things and who I’m playing against. Just knowing personnel. Hopefully, just try to butter up the refs before the game so they can give you a couple leeway calls.”

I think he was, mostly, joking with his comment about buttering up the refs, but he did give us some insight into how that process might look.

“I know some of (the refs), but there’s some I still don’t know,” Morris said. “Probably bring them a Twizzler or something before tipoff.”

At the end of the day, players will have to wait and see how much of a difference the new emphasis will make on the game. Personally, I don’t think the changes will be very noticeable.

“I don’t make the rules, but I would want to touch a little bit,” Morris said. “I mean, it’s hard to guard anybody without it. My mom could get out there and go past me if I can’t touch her. It’s pretty tough, you definitely got to move your feet.”

*** Prohm said going forward he would prefer to play two scrimmages rather than an exhibition open to the public, but doesn’t know how the logistics would work with the school.

“In all honesty, in the future I’d love to do two scrimmages. Just because I enjoy that, but it’s good for our guys to be able to get out in front of the fans and get into Hilton,” Prohm said. “If it was okay to do it, we would look to do it. If it wasn’t okay, then we wouldn’t do it. It’s not anything, from that standpoint, it’s not that big of a deal.”

*** Prohm said the frontcourt continues to be the area in which Iowa State needs the most improvement.

“That’s the biggest area we’ve got to get better in,” Prohm said. “It’s just about production. It’s just as simple as like we had (former NBA assistant) Kevin Eastman in here yesterday to speak to our guys, it’s as simple as run the floor. That’s what we need from you. Whether it’s A, B or C playing, they all have the same responsibilities. Rim run as fast as you possibly can. Spread the floor, open the floor for our guards to make plays and you’ll be the benefactors of that. Rebound, defend and rim run. If you can do that, you’re going to help us.” 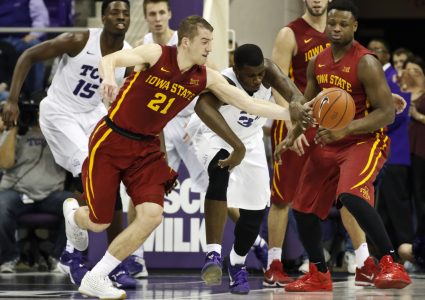 Cyclones putting the pressure on to improve defensively in 2016-17 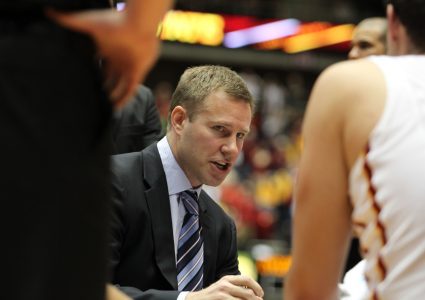