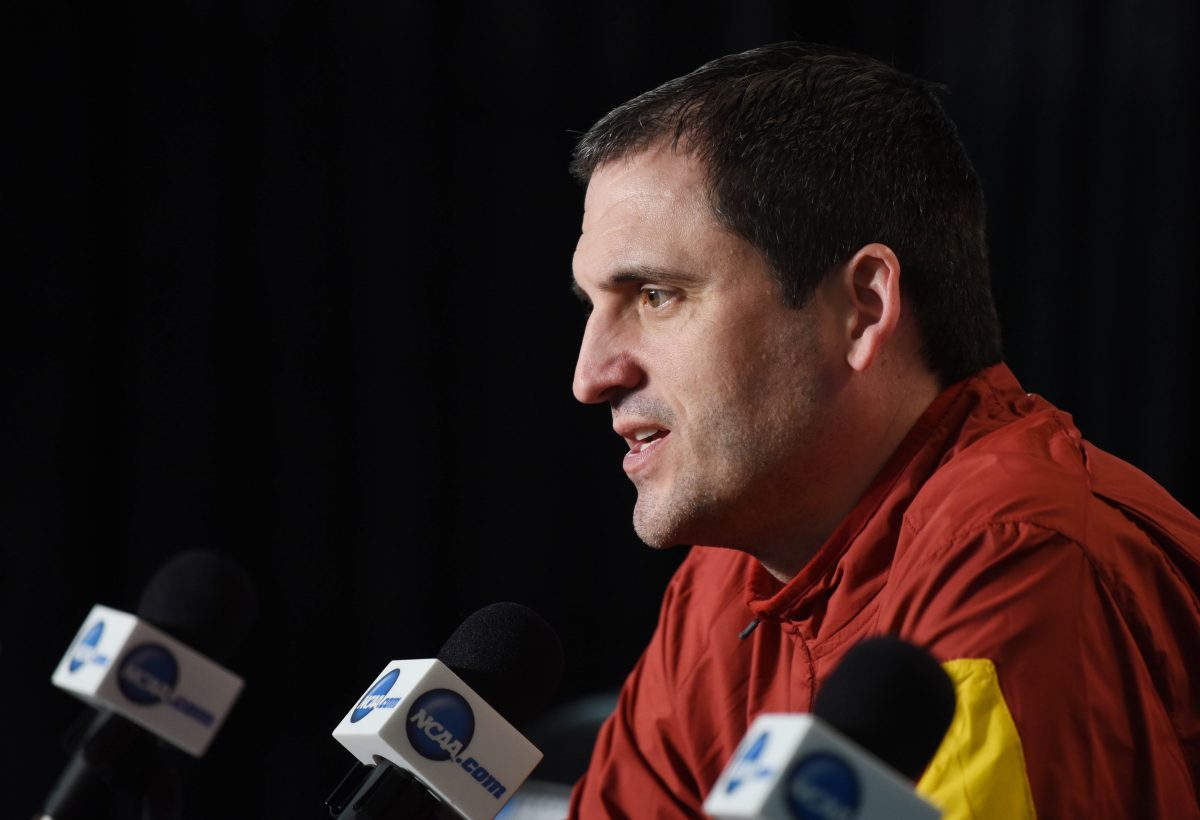 The future of the Iowa State men’s basketball backcourt is officially coming into view.

The class will likely finish the early signing period around the top 25 in the 247 team rankings and they sit at No. 19 after the signings.

Iowa State losing six seniors, including three starting backcourt players, made this a crucial class for Prohm and his staff, especially when it came to re-stocking the guard corp.

“Obviously, lose three really good seniors with Monte (Morris), Naz (Mitrou-Long) and Matt (Thomas), that was obviously one of our points of emphasis with this class,” Prohm said on Wednesday afternoon. “This needs to be a good class for the future of our program and we’re off to a really good start.”

Wigginton, rated as the No. 53 player in the country by 247 Composite, is likely the crown jewel of the class. The 6-foot-1-inch point guard plays his high school basketball for Oak Hill Academy in Virginia, but is a native of Nova Scotia, Canada.

He chose the Cyclones over Oregon and a host of other Power 5 programs on Oct. 21. The commitment came after months of work on the recruiting trail by Prohm and assistant coach Neill Berry.

“I’ve probably talked to him everyday. I don’t know if I’ve missed a day, probably,” Prohm said. “He’s in the mountains in Virginia so he doesn’t get much service, so it’s really a text conversation. Everyday since April since we first found out about him, heard about him.”

Wigginton is an athletic, physical guard that can really score the basketball. One of the first things Prohm said about him on Wednesday was “he makes people better.”

“We go before Iowa State was recruiting him. I know his older brother pretty well,” said Iowa State senior Naz Mitrou-Long. “He’s a heck of a player, man. It was a huge get. One of the best gets for Iowa State, I feel like, in the history as far as his ranking and where he’s at. He’s a hungry kid, man. He thinks that he’s nowhere near what he needs to be. He wants to go after everybody that’s ahead of him and I think it’s one of the best gets that the school could get. He’s going to be awesome for the program. Hell of a kid, person and incredible player.”

McNeill is another long, athletic guard with an ability to score the ball. The Houston-native is the No. 229 player in the class by 247 Composite. The lefty picked Iowa State over Baylor, LSU and a handful of other big schools.

The 6-foot-2-inch combo guard has flown a little more under the radar, especially compared to Wigginton, but he saw his recruitment really pick up near the end of the summer. There’s no doubt he’s an explosive athlete that’s fast with the ball in his hands.

“Can play either guard spot, super quick,” Prohm said. “He’s got a bright future. His upside, I think, is really, really high. Competitive, another guy, really long arms, lanky. Going to really fill into his body.”

The 6-foot-6-inch Lewis was the first player to jump on board to the class when he committed after a weekend visit to Ames in August. He’s the No. 117 player in the class and picked the Cyclones over offers from Illinois, Marquette and others.

He’s another player with long arms and big-time scoring ability. His size even has Prohm bringing up an interesting comparison.

“I’m excited about him. He’s a guy that can really, really make shots. Get out, run the wing, put pressure on the defense. Really good size at the wing position,” Prohm said. “(Abdel) Nader had really great size at the wing position and Terrence is a guy that can get here and really fill his body out and become one of those really big wing offensive and defensive standouts.”

Some of what the staff does next will likely hinge on Stokes’ plans, but it seems likely at least one of the scholarships will be used for a transfer or junior college player.

“Our first is to bring in a couple guys up front that can score, rebound and defend around the basket and bring some skill up front,” Prohm said. “Obviously, we lose some good front court players as well. To get really the bulk from the perimeter done, we may take a transfer in the spring, but get the bulk of the recruiting done in that area is big. Now, our points of emphasis all go to the front court. Whether that fifth-year or junior college or whether there’s a high school kid out there that could still come in and help us.”

Cyclones ink three during early signing period; recruiting as if Wigginton will jump to pros