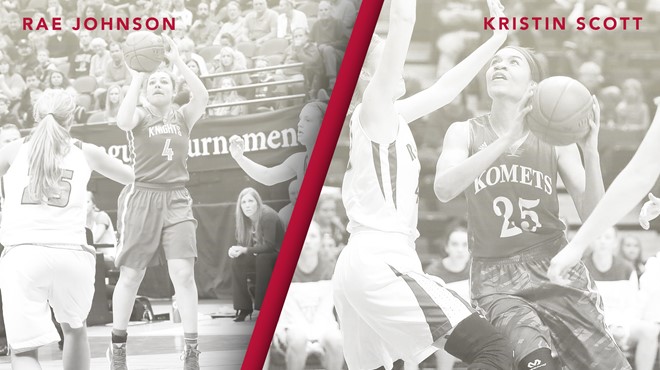 While the Iowa State men’s basketball team is expected to sign three talented players today, the women’s team signed an exceptional pair of its own.

The Cyclones signed a tandem of three-star athletes from Minnesota, 5-foot-7 point guard Rae Johnson from St. Michael-Albertville and 6-foot-2 forward Kristin Scott out of Kasson-Mantorville.

Johnson is a pass-first type point guard who also possesses great shooting ability. That talent has shown so far during her high school career.

We want to officially welcome Rae Johnson to the Cyclone family! 🖊🏀🌪 pic.twitter.com/RKHSmsWKeW

Johnson has started all 88 of her high school games. In those outings, she has averaged double figures in points and three assists per game. Johnson is a three-time first-team All-Conference selection and was first-team All-State last season.

“The game has really become one that you need good guards and Rae is an outstanding perimeter player who can play point or off guard,” said ISU head coach Bill Fennelly in a press release.

Since point guards Jadda Buckley, Nia Washington and Adriana Camber will all be on Iowa State’s roster when Johnson arrives in Ames, it wouldn’t be shocking to see her transition to the off guard position, at least early, in her Cyclone career.

Now, the addition of Scott comes at a good time as Iowa State is expected to lose a lot of length after this season with the graduations of Seanna Johnson, Heather Bowe and Jordan Jensen.

#CyclONEnation, please give a warm welcome to Kristin Scott, who signed on to play for the #Cyclones! 🖊🏀🌪 pic.twitter.com/3GosEKLinH

Scott is a scoring machine. She went from averaging 13.7 points per game during her freshman season to averaging 22.6 points per contest last season as a junior.

While Scott is a tremendous scorer, the biggest thing she will bring to Iowa State is her shot blocking ability. She has averaged three blocks per game in each of her three seasons at Kasson-Mantorville. She is also the school’s all-time leader in blocks. Her efforts on the court have helped her earn First-Team All-Conference every season.

“Kristin is a versatile and skilled post player,” Fennelly said. “She has great hands, can score the ball in a variety of ways from all over the floor and fills a need that we have in the post.”

Johnson and Scott are ranked as the No. 1 and No. 2 prospects in Minnesota by 5 State Hoops and Northstar Girls Hoops. The two are also ranked in the top-100 by ProspectsNation.com.