Arkansas wide receiver Josh Johnson is one of the top commits in Iowa State’s class, which made it no surprise when rumors swirled that he could be taking official visits to multiple schools.

On Wednesday, he took to Twitter to squash those rumors for good.

Johnson is rated as a three-star prospect by 247. 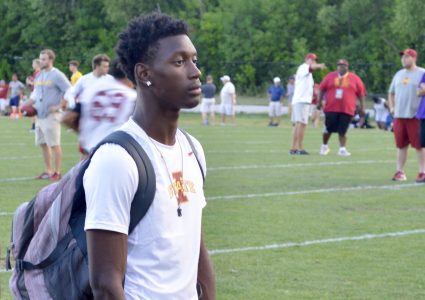