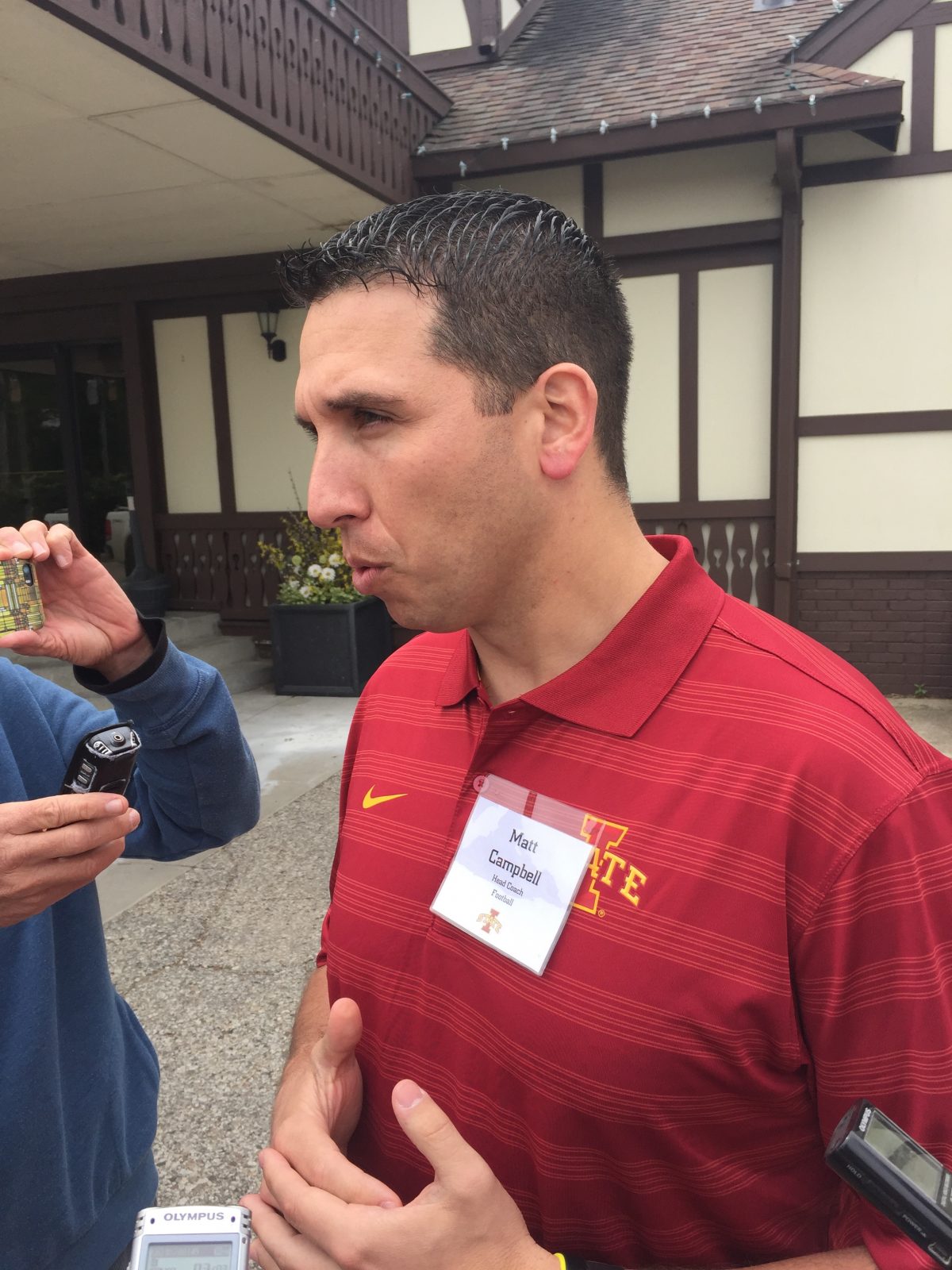 CARROLL, Iowa — The Iowa State football team came out of spring practice healthier than it has in several years. At a Tailgate Tour stop in Carroll on Monday, head coach Matt Campbell confirmed that Allen Lazard and Jake Campos’ recoveries from injury were coming along well.

Lazard missed part of spring drills after suffering a broken hand in practice. Campos was limited throughout the spring after offseason back surgery.

“Allen’s out of the cast, which is great. I saw him, as a matter of fact, this morning as I was getting my workout early this morning, he was getting his,” Campbell said. “Out of his cast and ready to rock and roll. Looked really good so I expect him at full strength through the summer.”

Lazard caught 56 passes for 808 yards and six touchdowns during his sophomore season. He is widely considered one of the top returning wide receivers in the Big 12 and was named to Athlon’s All-Big 12 team earlier in the week.

Campos has started 23 games along the offensive line for Iowa State during the past two seasons. His 23 straight starts is the longest active streak on the team.

“Jake Campos is 100 percent,” Campbell said. “Nice to have Jake ready to rock and roll again and really with no limitations right now which is nice to see. Kind of the plan we had set forth from when he was going to get surgery to what we wanted to get out of him in the spring to coming into now this summer session at 100 percent for us.”

Campbell also said running back Mitchell Harger is progressing after offseason shoulder surgery and should be ready for fall camp. He also noted that defensive tackle Vernell Trent will hopefully be back to full strength after his broken leg sometime in mid-summer.

NOTEBOOK: Campos working back from surgery, other notes