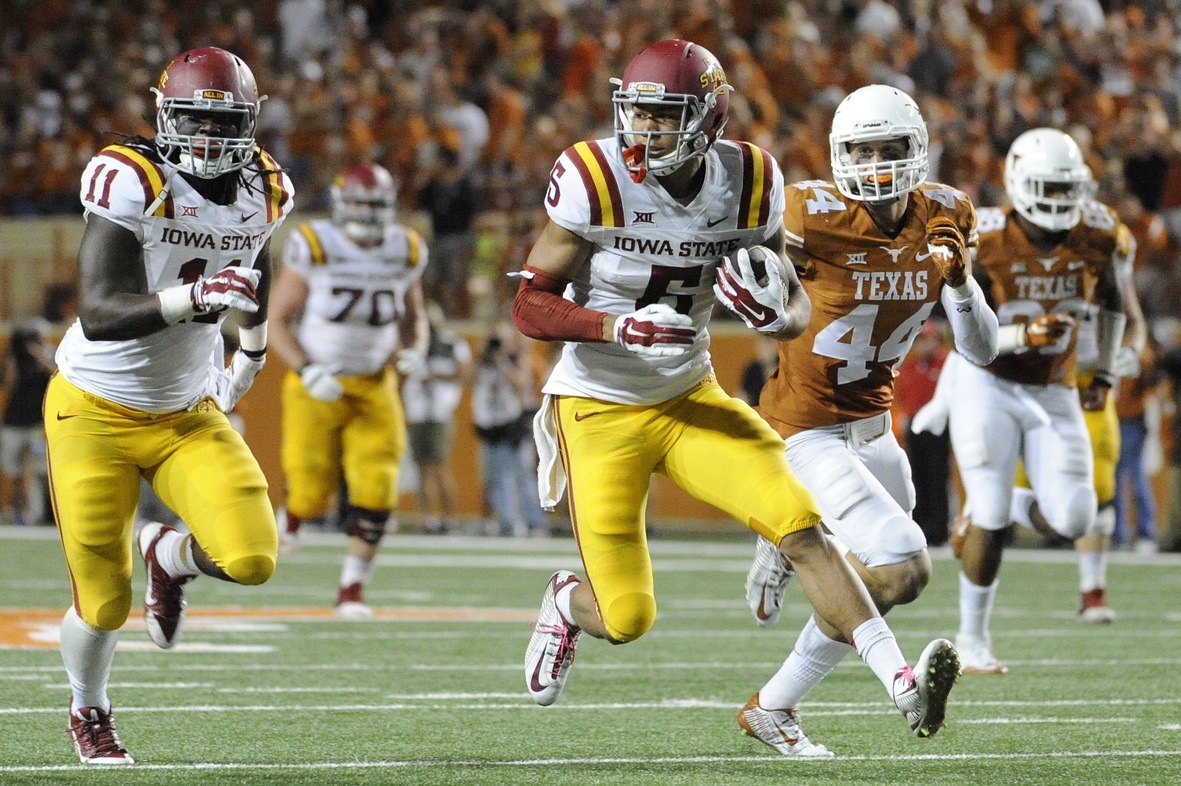 Iowa State has yet to release a depth chart since Matt Campbell took the job. With tomorrow being the spring game, I thought I’d take a stab at what this thing MIGHT look like at the season opener. I’ve included some notes/analysis too.

Zeb Noland, Fr. — Jacob Park could be this guy but he isn’t on campus yet. Noland has been impressive.

Clifford Fernandez, Jr. — I think that Chase Allen could play as a true freshman.

C: Julian Good-Jones, Fr. — Was told by a source today that this kid will play in the NFL someday.

Bobby Leath, Sr. — Need this guy to realize how good he can be.

CB: Jomal Wiltz, Sr. — Tribune could be this guy but had a pretty average junior year and Wiltz keeps getting better and better.

SS: Mike Johnson, So. — He really stood out in last weekend’s scrimmage. Coaches love him.