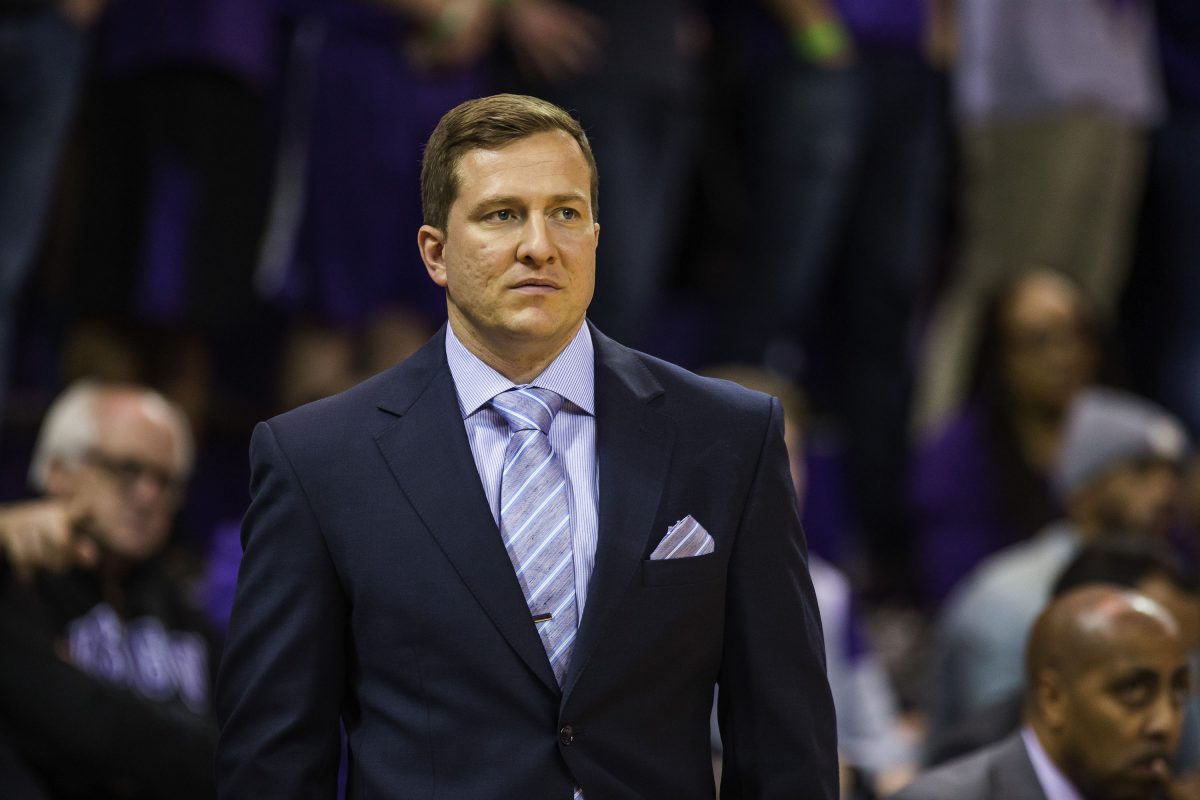 During his decade-long career as a high-major assistant coach, T.J. Otzelberger meticulously kept notes in a binder that nowadays is as thick as a dusty old dictionary.

The 38-year-old Milwaukee native has worked for four men (Greg McDermott, Fred Hoiberg, Lorenzo Romar and Steve Prohm) during that time. Throughout his career, “Otz" would jot down notes and add them to his compilation of knowledge.

Wipe the dust off of the binder, coach.

It was only a matter of time. A guy who has been a crucial part of three eras of Cyclone basketball over the last decade, Otzelberger, is finally getting his shot.

It was announced yesterday and become official today that he would be the next head coach a South Dakota State — a Summit League program that has participated in three of the last five NCAA Tournaments.

It’s a solid first head coaching job for Otzelberger — an opportunity where he should be able to have immediate success.

Still, it is difficult for him, along with his wife, Alison (formerly Alison Lacey, one of the all-time Iowa State women’s basketball greats), to say goodbye to Ames.

“It’s really tough for us,” Otzelberger said. “Iowa State is a place that we are both deeply passionate about.”

Otzelberger arrived in Ames at the ripe age of 28 in 2006 as an assistant under Greg McDermott. Ten years later, he is the man responsible for bringing Craig Brackins, Mike Taylor, Diante Garrett, Scott Christopherson, Melvin Ejim, Will Clyburn, Naz Mitrou-Long, Matt Thomas (to name a few) to Iowa State.

As much as Iowa State has meant to Otzelberger, the move might be more difficult for his wife, an Australia native who literally calls Ames her second home.

“This place is so special to her,” Otzelberger said. “We have talked about the possibility of head coaching opportunities and I know leaving here is something that is not easy for her — not that it is for me either because of so many great friends. The people have been so supportive.”

Otzelberger’s road to becoming a head coach officially began the day he left Fred Hoiberg’s staff to join up with Lorenzo Romar at Washington in May of 2013.

“I just felt like this was the next step in my progression,” Otzelberger said at the time.

New experiences under another mentor in a different part of the country intrigued him.

Then, last summer happened. After Matt Abdelmassih left Ames for St. John’s and Otzelberger returned to Iowa State where he was ultimately a finalist to replace Hoiberg, who had bolted for the Chicago Bulls.

After not getting the job and reaching the Sweet 16 as Steve Prohm’s top assistant, Otzelberger was involved in THIS MESS at UW-Milwaukee last week, which might have turned out to be a blessing in disguise (the situation in Milwaukee seems a bit toxic at this point in time).

“Brookings has an environment that has a lot of similarities to Iowa State,” Otzelberger said of his new gig. “It’s about great people. The athletics director and I really hit it off. It’s a program with a culture that is won, is used to winning and expects to win.”

“People go out and support it,” Otzelberger said. “I think it has all of those ingredients that we really appreciated about Iowa State. It’s not the Big 12 but it is a place where you can be really successful with great people taking part of the journey with you.”

An under told story

What we all witnessed last season — the constantly growing relationship between Prohm and Otzelberger — went under-appreciated.

It’s incredibly rare for two guys to face off as finalists for a high-major job and then the winner hires the runner-up as his top assistant.

“That bond has really grown close over the last 10 months,” Otzelberger said. “There were a lot of ups and downs last season. A lot of trust with built over time within a great working relationship. I learned a lot from him and hopefully he felt like I was an asset with him by building a relationship with our players and the program.”

Nobody was more excited about Otzelberger’s new gig than his former boss.

“He is really excited for me,” Otzelberger said. “He knew it was a great opportunity. He was thrilled for me. One thing I know about Coach Prohm is that if it is the coaches in his program or the players in his program, he puts people first. They are most important and he really cares about them.”

Otzelberger says to expect influences from McDermott, Hoiberg, Romar and Prohm to all show up in his program at South Dakota State.

“I couldn’t be luckier,” Otzelberger said. “I’ve been fortunate to work for four guys who have all had tremendous success while doing things different ways. As an assistant who aspires to be a head coach, to have those type of mentors was huge for me.”

“We will definitely get up and down the floor,” Otzelberger said. “Fans will see a style of play that is exciting the way. They will see players that are skilled, can pass and shoot and make plays in transition. Hopefully you will see a group of guys who will play with unbelievable passion and heart. Defensively I think we will be a team that switches defenses a lot to keep our opponent off balance. Off the court we will be focused on development by bringing in four-year guys when possible and get those guys better by spending time with them and investing in them.”