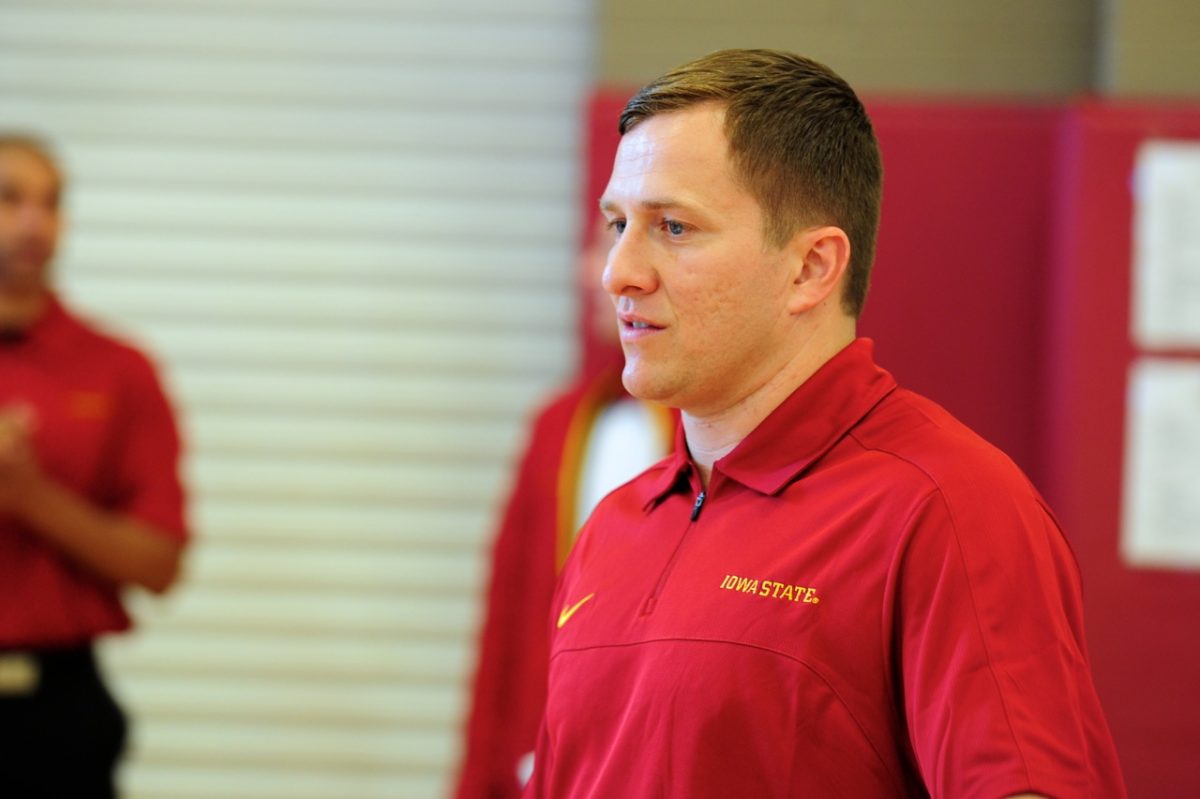 AMES — Iowa State basketball fans have seen a lot of change over the past seven seasons. However one constant over that period time was the face of Fred Hoiberg’s associate head coach T.J. Otzleberger.

When the 2013-14 season comes around in November, Otzelberger will be wearing purple as he has accepted a similar position at the University of Washington under veteran head coach Lorenzo Romar.

“My goal is to become a head coach at the division one level,” Otzelberger told Cyclone Fanatic. “There are a lot of guys who have worked under him who went on to become head coaches. I feel like this is a move that can help me achieve my professional goals.”

Otzelberger feels that adding experience under another respected coach to his resume, in this case Romar, will help him achieve those career goals.

Otzelberger, who will turn 36 in September, was hired to Iowa State as an assistant coach on Greg McDermott’s initial staff in 2006 at the young age of 28.

He is set to marry his fiancé and former Iowa State women’s basketball star Alison Lacey on June 1 in Milwaukee. Lacey, one of best the guards in Cyclone history, is a former member of the WNBA’s Seattle Storm franchise. That connection combined with her family being located in Australia also played into Otzelberger’s decision.

“She really loved Seattle as a city and enjoyed her time there a lot,” said Otzelberger. “Alison has friends there and with her family being in Australia, being able to travel more frequently with less expensive flights and a shorter trip played into the move as well. We feel like it is the best thing for our family at this time.”

Otzelberger, a Wisconsin native, assured Cyclone Fanatic that this was a difficult decision to make as he has learned to call Iowa State home.

When McDermott left Iowa State for Creighton in 2009, Otzelberger had options to move on with his career. But when Jamie Pollard named Fred Hoiberg as Iowa State’s next head coach, retaining Otzelberger was a top priority. Otzelberger called working side-by-side with Hoiberg for the last three seasons a “privilege and an honor.”

“It was an opportunity for me to come to work every day and learn and grow and develop not only as a coach but as a person because of Fred,” said Otzelberger. “He is a great family man and a man of great character and work ethic.  For me, I relished the opportunity to be around him and learn from him.”

It was under Hoiberg that Otzelberger was allowed to develop nessecary skills as a strong X’s and O’s coach and not just a recruiter.

With Otzelberger’s departure, Hoiberg is now faced with the task of replacing his top assistant. His coaching staff currently consists of Matt Abdelmassih and Cornell Mann.

Hoiberg has the option to promote from within or hire another assistant from outside of the program to be his associate head coach.

Stay tuned to Cyclone Fanatic for updates on this story later today.