Everyone knows what a Cyclone is. But what in the world is a Gael (Iona’s mascot)?

Is it a mythical creature of some sorts, like a dragon or a unicorn? Or is it a human or a normal creature, like a knight or a tiger?

Well, a Gael actually falls into the human category of mascots. In fact, the Gaels are a group of people who spread from Ireland to Scotland and the Isle of Man. But in simplest terms, a Gael is anyone from Ireland or have ancestors who are Irish because the Irish speak the Gaelic language.

So some of you Iowa State fans might be Gaels.

The nickname, the Gaels, really fits Iona because it follows the Irish traditions held at the university.

However, for some of you superstitious people out there, playing Iona on March 17 maybe a bad sign for Iowa State. That’s St. Patrick’s Day.

So the Gaels of Iona may have the luck of their ancestors on their side on Thursday in Denver at 1 p.m.

But that’s only superstition right? 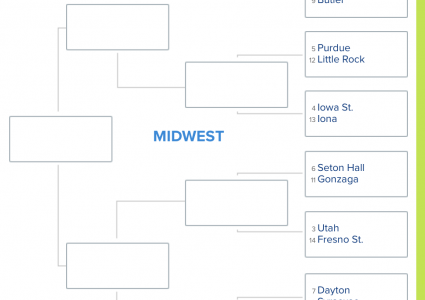