Georges Niang’s total body transformation was in full effect. It formed the framework for a fantastic infomercial: the formerly “pudgy kid” turning into a chiseled block of granite through sheer devotion and determination

But Niang — whose No. 21 Iowa State team takes aim at a third straight Big 12 Championship run today — was too irreverent for that narrative to fully take hold in a serious manner. He joked about himself. Hell, the two-time All-American riffed on everything. Niang emanated pure joy, comfortable in his own body, secure in his present and future plans.

Consider that your testimonial, kids. Eat your greens. Enliven your body and your brain with vitamins and minerals.

The sky’s the limit when you eat from the rainbow — and dreams take flight when fast food funks become whole food fodder.

“I remember for the first two weeks I hated the change,” Niang said for a 2014 feature story. “I always wanted to cheat. But it gave me mental discipline that I was lacking. So therefore I was disciplined in a way that I could control myself. And I think that helps through all aspects of life.”

Fast forward to the present. Niang’s lean, focused and intent on leaving Iowa State basketball on a lofty plateau. That perch can be reached with or without a triumphant trudge through No. 6 Oklahoma at 8 p.m. — along with the dazzling possibilities potential matchups with No. 10 West Virginia and top-ranked Kansas could portend.

The power of now is real. It’s day-to-day. It impacts the future, but only if the present is treated with the proper tender loving care.

“I think when I first got here I was just taking in the experience,” said Niang, who has scored in double figures in all eight of his  I didn’t know what to expect. But my second year, I really got used to it and really prepared myself for what I’m getting myself into, so as they like to say I’m a seasoned vet, so I’m not too nervous or anything like that.”

Not anxious. Only jacked. It’s time to face the Sooners for the third time this season and the Cyclones will take the floor with alacrity, fully engaged in the moment.

“This is where you’ve got to be as most even-keel as you can,” ISU coach Steve Prohm said. “Whether it’s a run, whether it’s a bad play, whether it’s a great play, it’s always just got to be about the next play. Obviously there’s a lot at stake this week. Two weeks from now, everything’s at stake, so the tension’s still going to be high, but the way we portray ourselves, the way we carry ourselves will be huge.”

Are the Cyclone back to being Final Four contenders, or mired in the can’t-close phase that’s marred this promising season? Answers flow from Hilton South — but a non-title run wouldn’t dim hopes for the “Big Dance” to come. ISU is currently the second No. 5 seed in ESPN bracketologist Joe Lunardi’s March Madness-fueled equation. Could ISU move up? Yes. Would an initial loss cause a fall? Doubtful.

“I have them just behind Purdue Texas A&M, Duke and Maryland,” Lunardi said in a conference call. “What are those teams doing? Are they winning, also, or are they all losing? That creates a vacuum.”

The Cyclones would gladly fill it, but fully understand that whatever happens in this one, two or three-day foray through the Sprint Center, the future’s still bright.

“That’s just sports, man,” said sharpshooter Matt Thomas, who will be tasked once again with slowing down Sooners star Buddy Hield. “You can’t let your highs get too high you can’t let your lows get too low, otherwise you won’t survive. After a big win, you’ve got to prepare for the next game. After a tough loss, you’ve got to prepare for the next game. Whatever happens here, whatever happens (against Oklahoma), hopefully we play through Saturday and get a big win Saturday night, then we’ve got to get ready for the NCAA Tournament, which last year I don’t think we did a good job of and that’s one of the reasons we exited the tournament so early.”

Being prepared comes in many forms. It lurks in your breath and it’s moored to expectations. A clear mind creates a wide-open, yet mine-littered path to glory. Time to press play. Time to go. 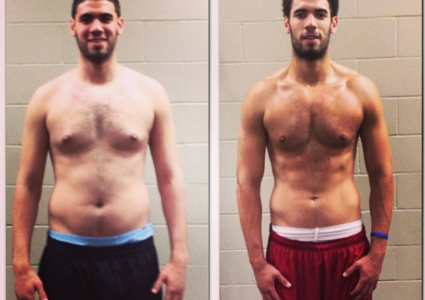