The following is a news release from ISU Athletics Communications:

AMES, Iowa – Former Iowa State head football coach Donnie Duncan, who led the Cyclones from 1979-1982, passed away last night after a long battle with cancer. He was 75 years old.

Duncan was hired as Iowa State’s head football coach on Jan. 17, 1979, taking over the reins of the program after Earle Bruce left for Ohio State.

Duncan came to Iowa State as one of the most coveted assistant coaches in the nation. He was on Barry Switzer’s Oklahoma staff from 1973-78, helping the Sooners compile a 62-6-2 record during that span.

A native of Greenville, Texas, Duncan amassed an 18-24-2 mark in his four seasons as the Cyclone head man. His 1980 and 1981 Cyclone squads both made appearances in the national rankings.

The 1981 Cyclones began the season at 5-1-1 and skyrocketed to No. 11 in the Associated Press poll. Led by future NFL players Dwayne Crutchfield, Dan Johnson, Karl Nelson and Chris Washington, the Cyclones tied No. 5 Oklahoma (7-7) and downed No. 8 Missouri (34-13).

Duncan resigned after the 1982 season and later became the athletics director at Oklahoma from 1986-96. When the Big 12 Conference formed in 1996, Duncan assumed duties as its director of football operations.

Duncan was also the head coach at Honey Grove (Texas) High School and Navarro Junior College (Corsicana, Texas). He was named Texas’ Junior College Coach of the Year in 1970.

Duncan is survived by his wife, Sally, and daughter Amy. His son, Mark, passed away in November of 2014. 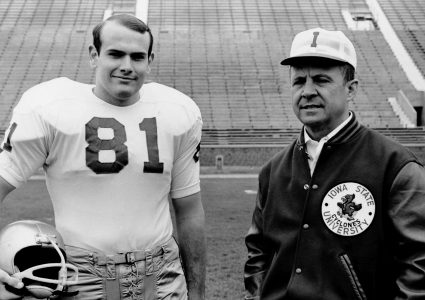 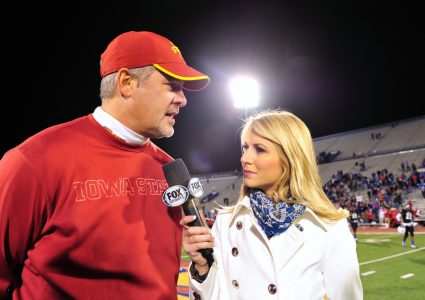