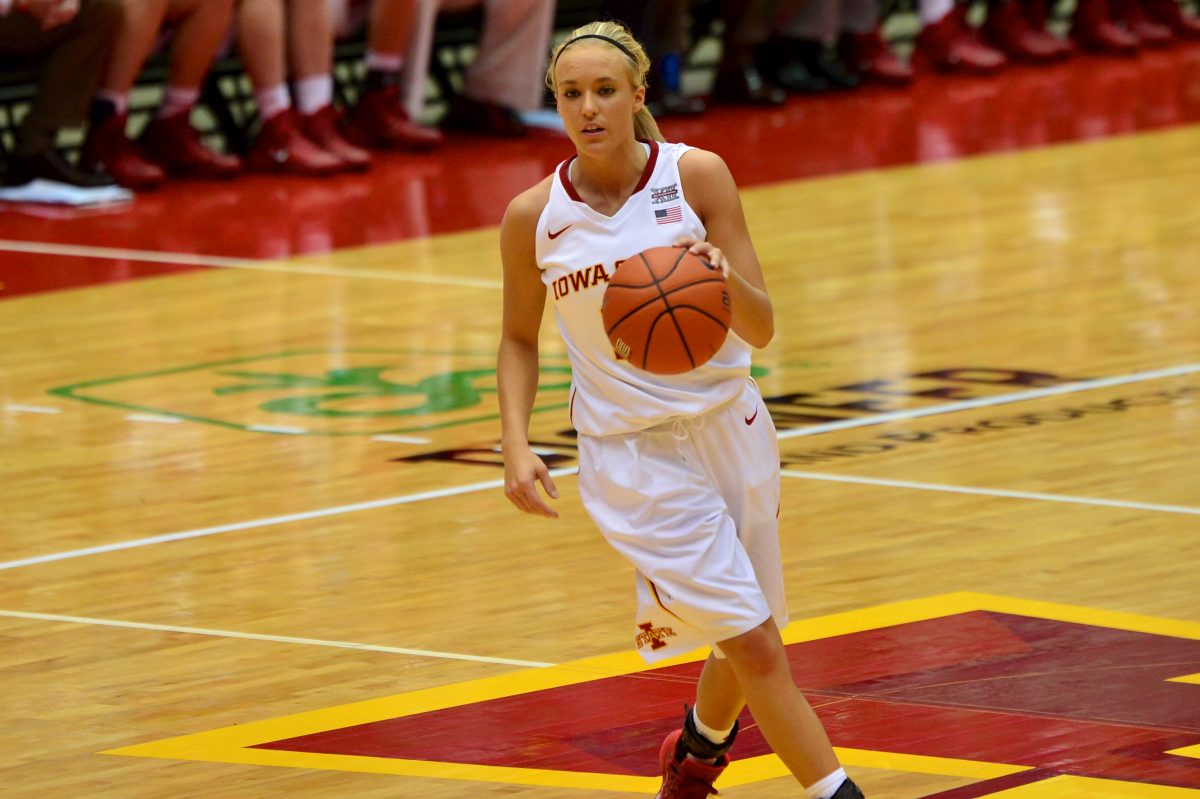 Iowa State started off hot, jumping out to a 15-7 lead that was capped by a layup by Meredith Burkhall off an assist from Jadda Buckley. The Cyclones closed the first quarter strong making five of their last six shots and grabbing a 22-14 lead. ISU went 10-of-18 from the floor and shot at a 55.6 percent clip. Seanna Johnson led the Cyclones with nine points and four rebounds.

In the third quarter, Kansas State started to make a run, but sophomore Emily Durr stuffed the Wildcats with a huge 3-pointer off the bench to give ISU its 11-point lead back. KSU’s Megan Deines would answer Durr with a 3-pointer, but Durr returned the favor with another big triple to push the ISU lead back to double-digits. Durr wasn’t done yet as she grabbed a steal on the other end and finished it off with a layup to give the Cyclones a 64-51 lead to close the third quarter.

Iowa State would hold off a frantic Wildcat attack in the fourth-quarter that would see Kansas State come within three with just seconds remaining. A pair of extras by Bridget Carleton would ice the victory for the Cyclones as ISU took an 80-75 lead with 27 seconds remaining.

Jadda Buckley. The sophomore netted 19 points and had a banner second quarter as she scored 12 of Iowa State’s 15 second-quarter points. Buckley also dominated from long range, netting five triples off 5-of-7 shooting from downtown. The point guard also dished a game-high eight assists.

*ISU has blocked 44 shots in its last five games.

*Jadda Buckley scored in double-figures for the 27th time in her career and eighth of the season.

*Iowa State netted 10 or more 3-pointers for the fourth time this season with 11 against KSU.

*Carleton scored in double-figures for the seventh time in her career.

Iowa State will be back in action on Saturday, Jan. 2 as it hosts Oklahoma State in the Big 12 home opener at 2 p.m. The game will air on Cyclones.tv.