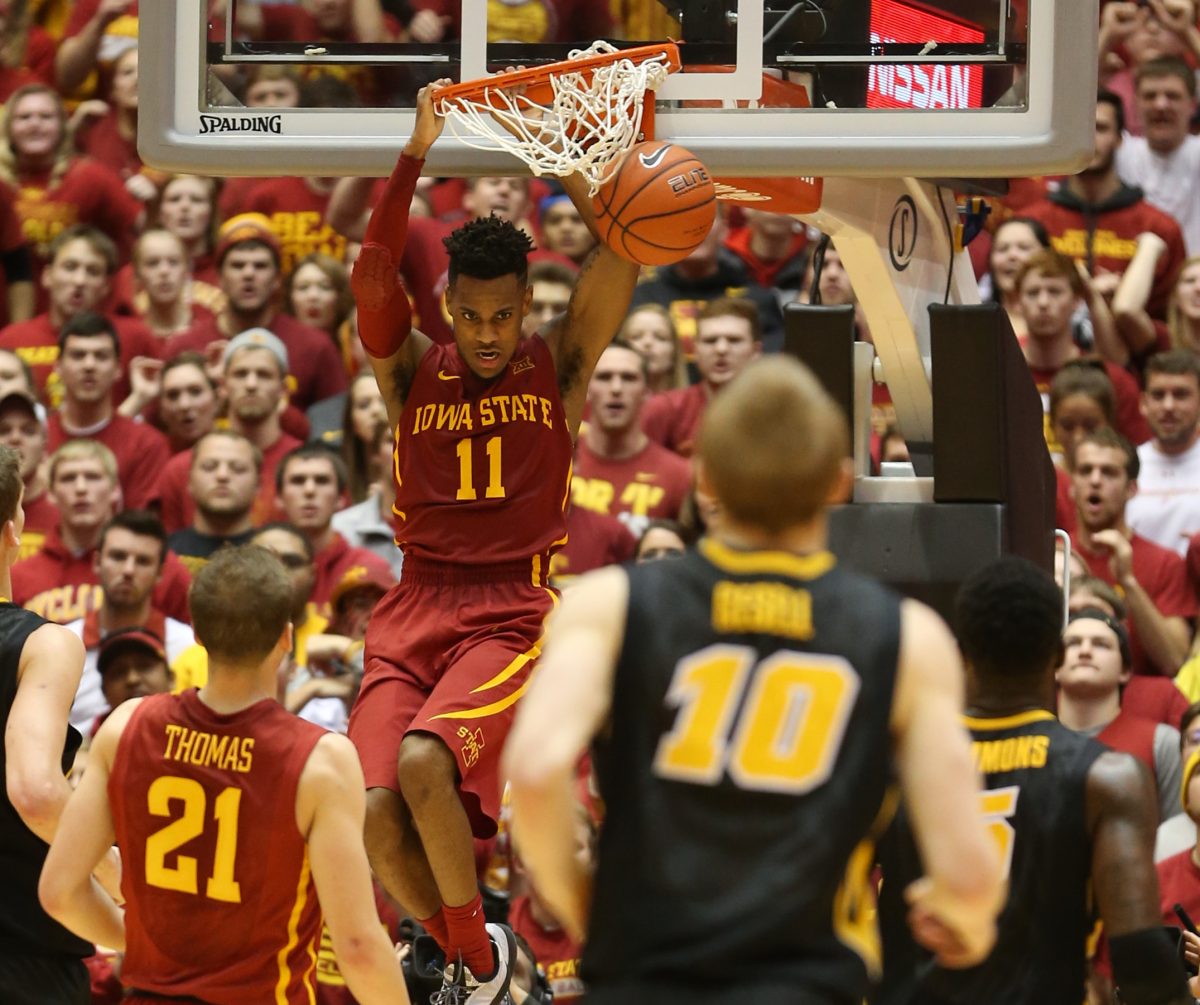 AMES — One shot. Another game-winning chance. Iowa’s Anthony Clemmons in the way.

ISU star Monté Morris, dribbled between his legs, surged left, rose up — and finished a comeback for the ages with a timeless tear drop.

“This one is going to go No. 1 with it being Iowa,” said Morris, who scored 20 points in Thursday’s big intra-state win that advanced Sunday’s 5 p.m. matchup with Arkansas-Pine Bluff. “Oklahoma (at Hilton Coliseum), No. 2; and the Texas game (at last year’s Big 12 Tournament) would be (No.) 3. I think this one stole the show for my career right now.”

That all makes sense. Perfect order. But what’s No. 3 to Morris is actually No. 1 in a lot of ways.

"It gave me a lot of confidence because even in practice we do situational stuff like that and they always clear me out for a chance to go make a play, so it was kind of second (nature) for me,” Morris said. “It was a bigger crowd in here and I was able to come through. I’m 2-for-2 right now for game winners, so hopefully we can keep it going.”

Until that fateful night against the Longhorns last March in Kansas City, Morris took a back seat to game-winning situations. He is, after all, the NCAA kingpin in assist-to-turnover ratio for two years running. Set ‘em up, let someone else knock ‘em down. That’s been his M.O.

He’s knocking himself now — whether off the pick and roll, a one-on-one drive, or from deep.

Beating Iowa is always on Massachusetts native Niang’s bucket list. So when he ceded the game-winning chance to Morris, he was making a major statement. Go win it, Niang told Morris as the final seconds ticked off the clock.

“That just shows the character, the type of person Georges is and the confidence he has in me and my teammates,” Morris said. "When he told me that, it just gave me the green light to go make the play and we was going to live with me making it or missing it, and he was going to walk out of here with our head up either way.”

Confidence will be in long, short and medium supply as the road-weary Golden Lions (2-7) shuffle into Hilton.

Morris, who has raised his scoring average (from 11.9 to 15.5 points), while elevating his assists total to 7.5 per game, has charted a path with constant improvement as its beacon.

“When you get to this point, how much longer are you going to be playing the game of basketball, so especially, this is my senior year, so I take everything as a blessing,” Niang said, speaking for all the Cyclones.  I’m just happy that I get to play this game in front of great fans and for a great coach and with great teammates.”

Great vibes all around — including for the new closer, Morris. It’s becoming a habit, which no Cyclone fan wants to see broken.

"I was just happy we got the win," Morris said while winding down from his Big Game. "I’m lost for words. And I’m tired." 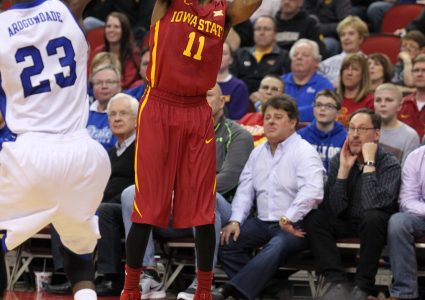 ISU vs. KU: Monté Morris plans to “put on”