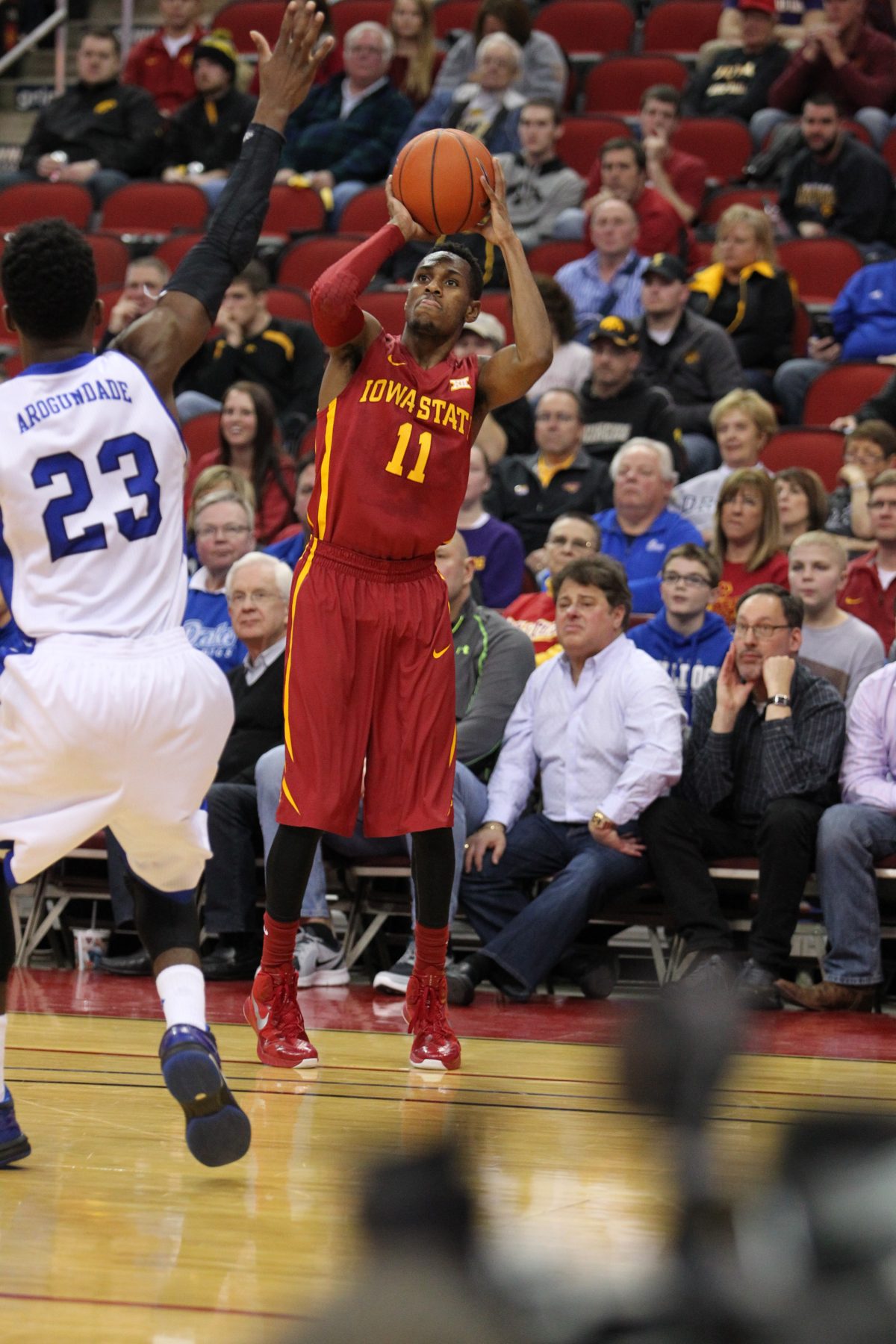 Her subsequently sound words of advice:

“She just said at 12 o’clock we’re going to quit talking about this game and get ready for Oklahoma,” Morris recalled late Thursday after a nerves-shattering 67-65 Big 12 Tournament semifinal win over the Sooners. “We killed Oklahoma, now it’s time to talk that KU basketball. She’s going to be pumped and ready for me and I’m going to put on for my momma.”

KU. ISU. Hilton South meets Phog Allen West for all the shiny Big 12 marbles at 5 p.m. today in the Sprint Center — and possible top two-line positioning for the NCAA Tournament.

KenPom.com has crunched the numbers and determined the No. 9 Jayhawks to be a three-point favorite with a 62 percent chance of winning.

OF course, KenPom also figured Oklahoma would barely best No. 13 ISU Friday, too.

“I think last year when we played them, we got up early, they went on a big run on us, we kept our composure and got back in it,” said Cyclones coach Fred Hoiberg, whose team seeks its first consecutive Big 12 Tournament titles while hanging out hope for a No. 2 NCAA Tournament seed. “Kansas is a team that’s as capable of any in the country of going on a big run against you. You have to be prepared for that and you have to respond to it.”

Wayne Selden Jr. — Georges Niang’s old teammate at the Tilton (N.H.) School — scored 20 points, matching a conference season-high he established by scoring 20 in his team’s 89-76 win over ISU on Feb. 2 in Lawrence.

If he’s on, watch out. Same goes for Niang, though, who’s averaging 17.7 points in the past seven games.

“It’s always great playing Kansas, with the reputation that they have and what they’ve done in his league,” Niang said. “It’s great to play a great opponent like that, especially in the Big 12 championship.”

The Jayhawks seem to be peaking, as forward Perry Ellis returned to the lineup after missing a couple games because of a knee injury.

Ellis scored 11 points Friday — and poured in a then-career high 23 when ISU and KU met in the semifinals two years ago.

The Cyclones bit back with a 94-83 win in the semis last season.

The two teams will tangle for the title for the first time since 1996 — when ISU completed its only back-to-back conference postseason tournament title string.

“It’s a great opportunity,” Hoiberg said. “It’s exciting to play in this building with the two best fan bases in the Big 12. We’r e looking forward to the challenge, I know they are as well. I thought they played terrific (Friday), watching that game before we came out of the locker room. Their energy was great. They had a very powerful Baylor team in check almost all night long, so it’s going to take a great effort if we want to have a chance.”

Morris hoped late Friday officials would assemble the crowd like it is for the Red River Shootout football game between Oklahoma and Texas: Splitting the venue in half in terms of fan placement.

That’s unlikely to happen, but it’s still a good idea. Tickets were going for upwards of $250 today and the atmosphere should fit the matchup.

“I’ve been in this position last year and it was a crazy environment,” Morris, the NCAA’s single season assist-to-turnover ratio king, said. “It’s going to be a packed house, great energy in the building. We’ve just got to show up and play Iowa Sate basketball and emerge victorious.”

For Morris, this is old hat.

The former USC and UNLV star has played in Mountain West Tournaments, but nothing like what he’ll experience today.

“Nothing better than being in a championship game with another great team,” said Dejean-Jones, who had 10 points and three steals off the bench Friday. “We’re just going to go out and have a great game.” 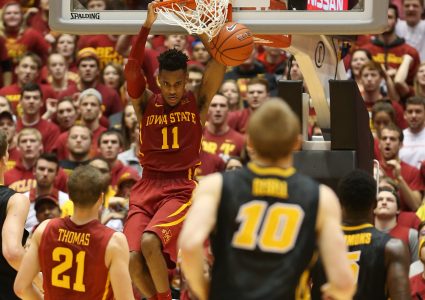 Monté Morris: “This is our tournament”