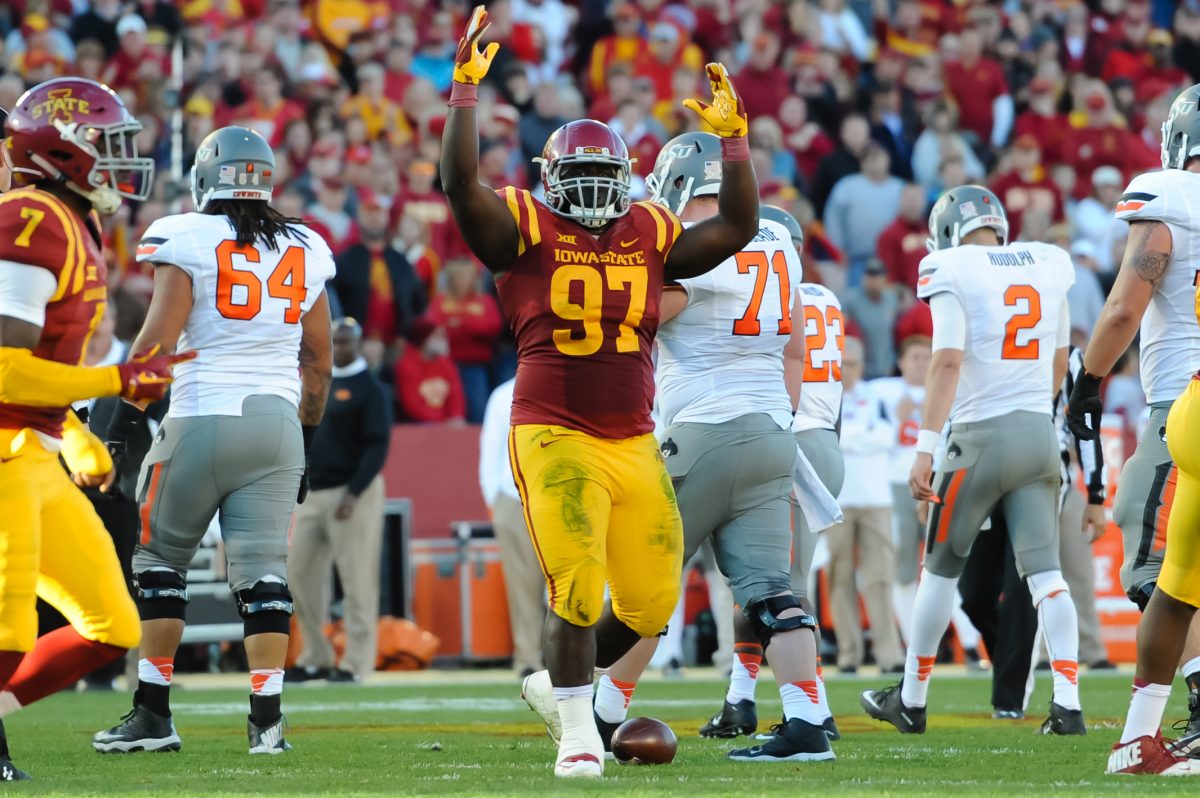 Take it from the burly, but explosive junior defensive tackle — who Wednesday was named the Big 12 Defensive Newcomer of the Year. He’s convinced his engine can produce more power and speed in 2016.

"I feel like I’ve got a pretty good motor, but I want to have a motor that just won’t stop," said Tucker, who had 13 tackles for loss and six sacks this season.

But Tucker wants more. He’d hoped to become the Big 12’s Defensive Player of the Year after transferring from Copiah-Lincoln Community College. Now that’s his goal for his senior season.

"I kind of sat around some last year at the beginning, not doing as much running as I was supposed to, but now I see the importance of more running, more lifting to get stronger and faster," Tucker said. "This is a fast and strong conference. That’s what I’m going to prepare myself for next year."

Tucker said it’s too soon to tell if ISU under new coach Matt Campbell will stick with the 3-4 defense. Either 3-4 of 4-3, he said he’ll be ready.

"Whatever comes we’ve just got to play in it," he said. "Make the best out of every situation."

Tucker and running back Mike Warren weren’t the only ISU players honored Wednesday by the league.

AMES, Iowa – The Big 12 football coaches selected their All-Big 12 teams this morning, and seven Cyclones were awarded postseason honors for their performance on the field in 2015.

Warren was named Big 12 Offensive Freshman of the Year and Tucker was the Big 12’s Defensive Newcomer of the Year.

A native of Council Bluffs, Iowa, Lalk made a seamless transition to center and emerged as the leader of the offensive line in his final year as a Cyclone.

Lalk started all 12 games in 2015, helping Iowa State improve immensely in virtually every offensive category. Behind Lalk, the Cyclones averaged 182.0 yards rushing, the highest total since 2000, and had their first 1,000-yard rusher (Warren) since 2009.

Pierson, a Bakersfield, Calif., tied Iowa State’s season record for sacks at 8.5, ranking second in the Big 12 Conference. Pierson also tied for 11th in the Big 12 in TFL (12.5) and led all ISU down linemen in tackles with 41.

Floyd, native of Los Angeles, was Iowa State’s stabilizer in the secondary. He was second on the team in tackles (79), recording at least six tackles in all 11 games played. He picked off the first pass of his career in the final game of the season vs. West Virginia.

Lazard’s reception and yardage totals both rank in ISU’s season top-10 and his 23-game reception streak is tied for the best string in school history.

Peavy, who hails from Houston, Texas, led Iowa State in tackles (82), pass breakups (10) and interceptions (2) in his freshman season. His 82 tackles was second among Big 12 rookies and the corner had 3.5 TFL and two double-digit tackle games.

Peavy also received votes for Defensive Freshman of the Year.

Tucker, a native from Hazelhurst, Miss., was outstanding in his first season as a Cyclone. His 13.0 TFL was second among all Big 12 interior defensive lineman and his 6.0 sacks tied for ninth in the league.

Tucker was named Big 12 Defensive Player of the Week after tallying career highs in tackles (eight), TFL (4.0) and sacks (2.0) vs. Oklahoma State.

A native of Lawton, Okla., Warren led all Big 12 rushers by averaging 131.7 yards per game in conference games. Warren’s 1,339 yards rushing was No. 1 among all FBS rookies, the fifth-best season effort in school history and the third-best effort by a Big 12 freshman in league history. 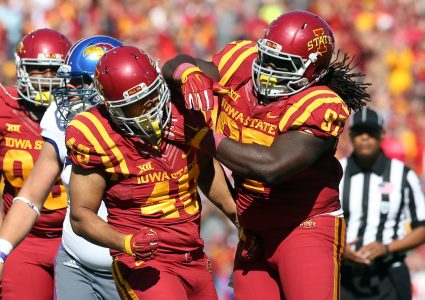