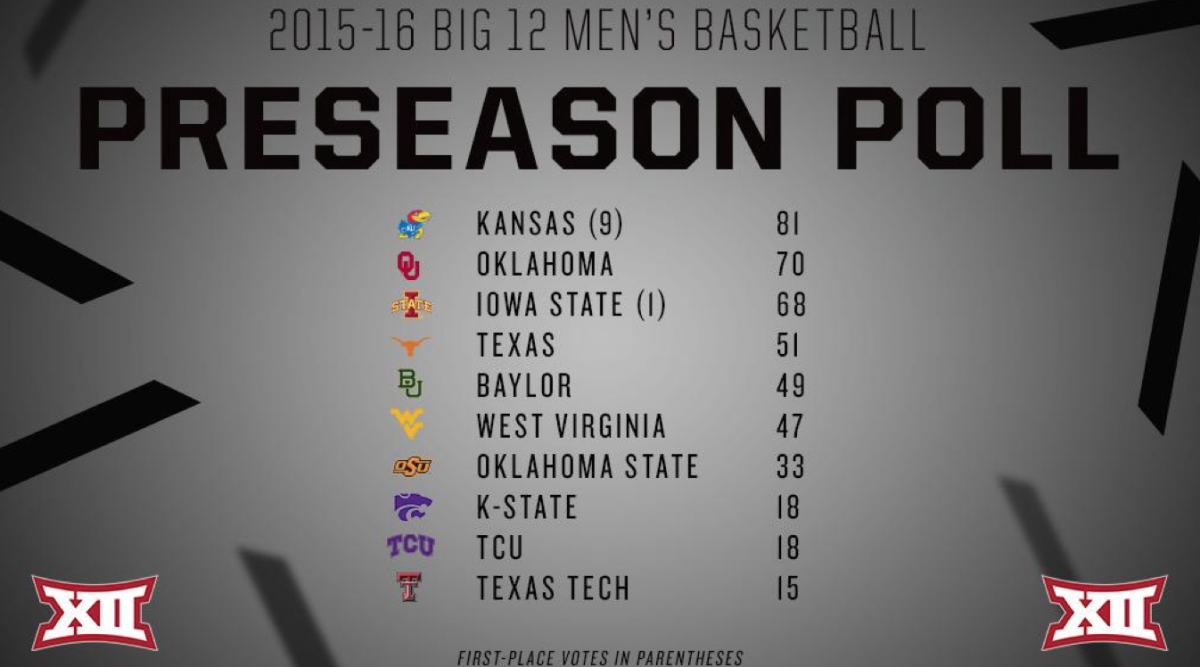 The Big 12 released its preseason basketball poll on Thursday and according to the league’s coaches, Iowa State is being picked to finish third (see the poll above).

Kansas received nine of the 10 first place votes. Coaches cannot vote their own team first, so it’s safe to assume that Kansas coach Bill Self gave his first place vote to the Cyclones.