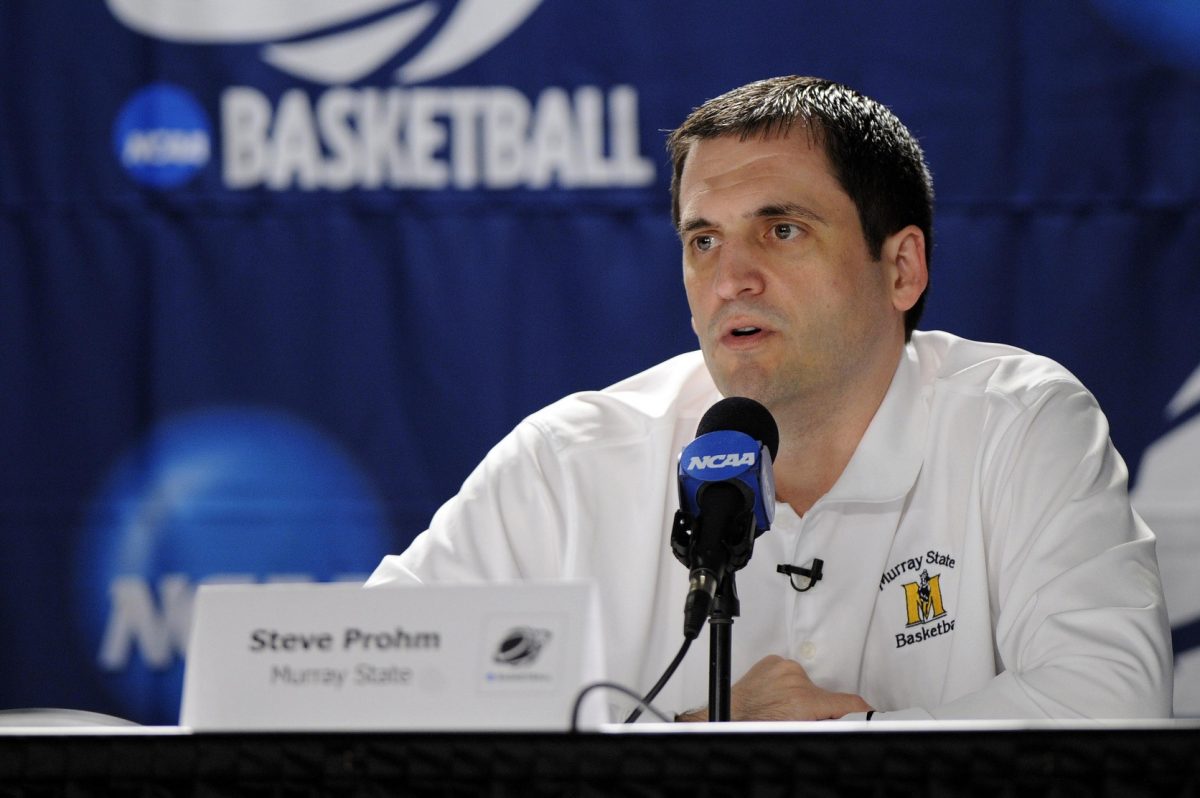 The whirlwind is finally over and now the work begins. Steve Prohm takes control of Cyclone Basketball and all that awaits is arguably the most important 12 months in program history. No big deal.

A lot will be made about replacing Fred Hoiberg and Hoiball. It is an impossible shadow to escape, even if Gregg Popovich took the Iowa State gig, some old lady sipping a coffee at Aunt Maude’s would probably say, “He’s no Freddy.” Everything came naturally to Fred Hoiberg. He was the golden boy, the chosen one. Prohm is not that. He will never be.

Prohm has to put his head down and do what he has always done: grind.

Prohm didn’t play in the NBA. Heck, he only played college basketball for half a semester at a Division III school before getting into coaching. He toiled as a manager while a student at Alabama. His first “job” out of college was as an unpaid volunteer assistant at Centenary College, where he lived in the dorms and ate cafeteria food to make ends meet. Now 15 years later, he has worked his way up the ladder to become a Big 12 head coach and the leader of a team with National Championship aspirations.

The good news is Prohm has inherited this situation on a smaller scale. He replaced Billy Kennedy at Murray State and kept the train on the tracks and carved out his own niche, losing just 10 conference games in four years.

I have little doubt he will get complete buy-in from the Cyclone roster this season. After last season’s disappointing end, it has been an extremely focused and self-motivated group in the off-season. Prohm may tweak a few things here or there throughout the season, but it’s a team that is going to be special regardless.

The hype and headlines will be on the upcoming season, however the real work comes off the floor.

Recruiting was a topic du jour at this morning’s press conference for good reason. Prohm has the steep task of filling up to six scholarships (or seven depending on Monte Morris’ NBA aspirations) prior to the start of the 2016-2017 season. That is a huge number and will be the foundation that the Prohm regime is built on. Because unfair or not, a lot of the success of the upcoming year will still be given to Hoiberg.

I believe it is going to be immensely difficult for Prohm to jump in and grab a bunch of top 50 ranked recruits in the next 12 months. Fact is, Iowa State has signed three top 50 kids in the last 15 years. (Adam Haluska, Shawn Taggart, Craig Brackins.)

That said, his past recruiting history indicates he can still build a strong core in unconventional means. In the past three years at Murray State, Prohm has inked five junior college players from five different states. In order to succeed at Iowa State, JUCOs and transfers have to be the final puzzle pieces. In all of Iowa State’s NCAA Tournament teams over the last 20 years, a JUCO has been in the rotation. Prospects rarely seek out Iowa State, you have to be a grinder to find the right guys. And Prohm has found JUCOs in Washington D.C., Chicago, Brooklyn, Miami and Macon, Georgia.

PG- Cameron Payne—high school, one other division one offer.

Prohm maximized his talent level with all kinds of different pieces. He didn’t recruit a bunch of system guys like Todd Lickliter did at Butler or even Greg McDermott at UNI. Prohm found great, often raw athletes and meshed them into one unit. He will have to hit the ground running in Ames with a similar strategy.

Prohm has proven to be a great evaluator of talent and at Iowa State that is vital. It is unlikely that the Cyclones will ever be able to hand pick their recruits like Coach K can. Iowa State has been the land of misfit toys in the past, but those toys can still be extremely functional and compete for Big 12 championships.

Iowa State is going to be good next year. Prohm’s system and schematic skills should keep them near the top of the college basketball world. It’s the off-season where the hard work comes and where we will really see Prohm’s ability. Iowa State can’t afford to fall back into mediocrity. A small step back is only realistic, but Prohm’s job is to keep Iowa State relevant in the years ahead. Iowa State has strung together three or four years stretches in the past; to get to join the blue-bloods, those stretches need to become decades.

Prohm is no Hoiberg. Hoiberg is the guy that picks up a golf club for the first time in a year and shoots even par. Prohm hits the range for months to get to the same spot. Both ways can be effective, it’s the end result that matters most.