“I kind of went home that day and was like, ‘Oh, wow, this is really happening,’” said the 6-8, 295-pounder, who gained that first start because Jacob Gannon quit the team, but later returned after beginning treatment for an anxiety disorder. “Yeah, it’s pretty vivid. And then going out of the tunnel that first time knowing I was going to be on the field — pretty huge.”

That large role is set to expand in his sophomore season.

Campos played right tackle in 11 games in 2014, but has been shifted back to left tackle to accommodate the return of Brock Dagel, who underwent knee surgery last October and is working his way back into game shape this spring.

“I think the big thing is developing his body just from a maturity standpoint,” Blaney said. “Part of it just the maturing process. Part of it also the weight room, going from age 19 to age 20 right there. He’s put on some really good weight. His body composition still looks really good and he’s bending his knees even more. If we can get the whole unit, not just Jake, but the unit as a whole playing with bent knees, we’re going to be better up front.”

Why? Obviously, the more compact and powerful a stance, the better the chances of bulldozing, rather than being upended, by a trenches-based defender.

“I think you’re talking about leverage,” Blaney said. “I think anybody that watches football for any space of time knows that the lower a person plays in this game in the trenches, the more they’re going to have that leverage to move the pile or move their block that’s out there. It’s always an emphasis. It’s never not been an emphasis, but it seems to be taken to heart a little bit more.”

That’s certainly been the case for Campos, who entered the offseason determined to improve his flexibility among other things.

“That was huge,” he said. “Even during the season, towards the end, my hips were getting pretty beat up just because they were so stiff. So we were all working on flexibility throughout the season, so it really started almost immediately.”

Campos can clearly become a bell cow for a Cyclone offensive line that’s seeking to play with an edge and establish a long-sought sense of dominance.

Blaney told them after the TCU loss to close the 2014 season he’d “blow up the depth chart.”

So what we see right now on paper is, apparently, a mere formality. On the field, it’s a fresh start — for newcomers and veterans alike.

“Our first meeting, he said, ‘There’s no one that has a position,’” Campos said. “‘We’re just going to go out, we’re playing football, seeing who lands where.’ That was really good. Everyone got together. No one was pitted against each other. Everybody just went out and they were playing the best football for them.”

That’s similar to how Campos played on that September day — start No. 1 — when the Wildcats’ all-Big 12 defensive end Ryan Mueller lined up on the opposite side.

“It really taught me what I was going to have to get better at, because he showed every single one of my flaws out there,” he said.

Once exposed, Campos didn’t shake his head at the revelations. He went about correcting them, and now appears to be nearing the fine-tuning stage with three seasons of eligibility left.

“I knew when I got there that I needed to put more weight on — it was going to take a year or two,” Campos said. “So I knew that coming in. So I was really planning to be at least in the hunt this year.”

Hulking junior college transfer Wendell Taiese (6-6, 354) didn’t see the field much last season, except on special teams, but the Oakland, Calif., native appears poised to expand his role in 2015.

“He’s a monster in there,” Campos said of Taiese, a senior guard. “He’s going and just dropping people and that really gets the whole line excited and everybody’s feeding off of that. So they physicality is really helping everybody. We’re bringing splits down a little bit. Everybody’s in a 3-point stance so firing off the ball, it’s actually getting us pretty excited.”

“Wendell’s had a great couple of days in getting reps right there,” Blaney said. “At times, physically dominant. That’s a definite plus, but it also adds to the competition that’s going on out there. (Guard) Jamison Lalk has had an incredible offseason. (Guard) Oni Omoile has done a great job in the drills and there’s a sense of urgency with everything he does out there. So, for me, it raises the water and it raises all boats in that water right there.” 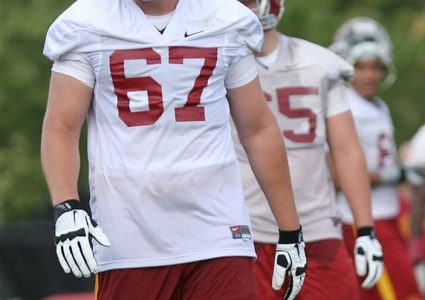 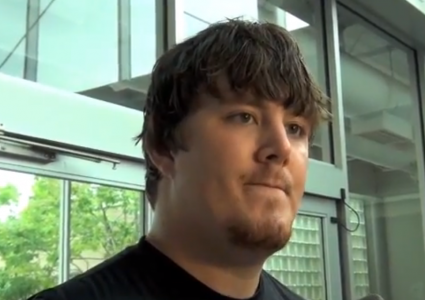