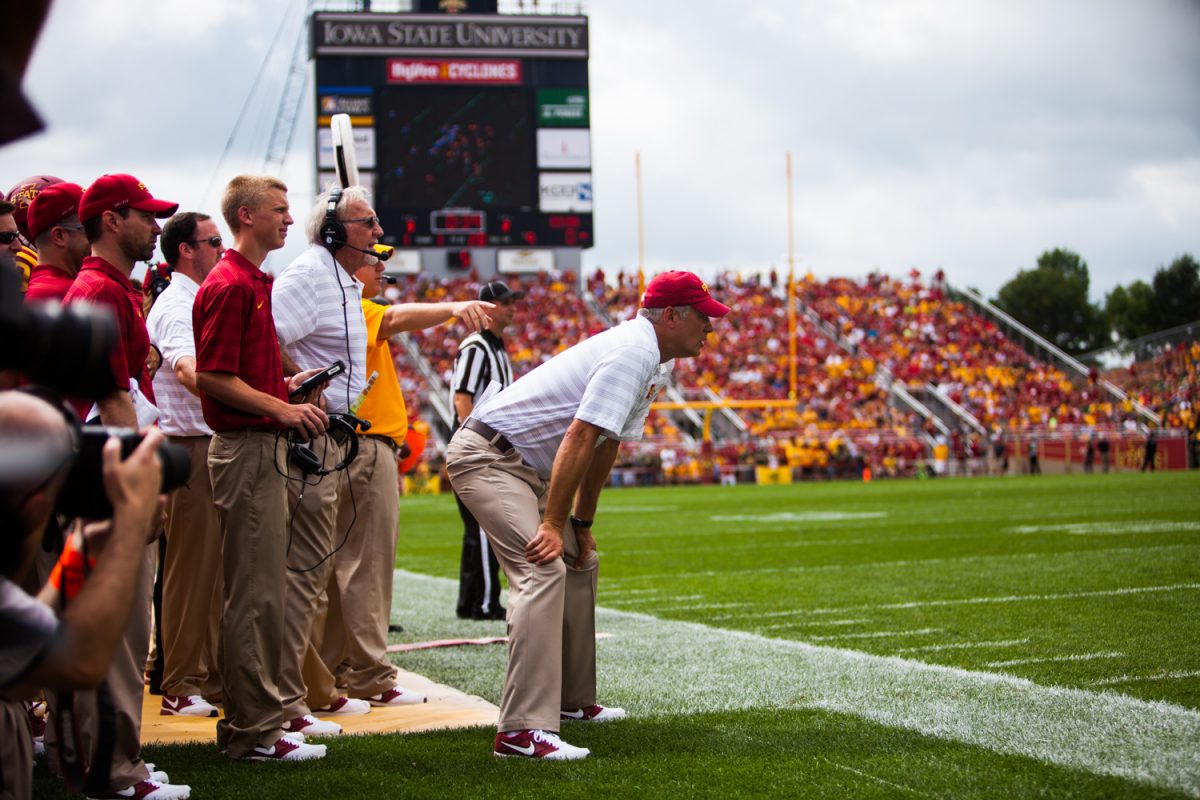 Sure. Must the No. 5 Horned Frogs rack up so-called “style points” while doing so? Depends on whom you ask.

Either way, the Cyclones will face a resolute and strangely desperate TCU team when the football is teed up for Saturday’s 11 a.m. Big 12 season finale at Fort Worth.

“Oh, absolutely,” ISU coach Paul Rhoads said during Monday’s Big 12 coaches’ teleconference. “They’re going to go out and prepare this week to play their best football game that they’ve played all season long. They don’t want to leave any doubt in any member of the (Playoff) selection committee that they deserve to be in the top four. And I’ll cast my vote right now, because they belong there.”

The Horned Frogs (10-1, 7-1) still need to prove that to decision-makers such as Tom Osborne, Barry Alvarez and Condoleezza Rice, though, not just Rhoads.

New rankings will be announced Tuesday night and TCU could hop into the top four since current No. 4 Mississippi State lost its Egg Bowl rivalry game with Ole Miss 31-17 on Saturday.

Staying there — and maintaining a possible edge over Ohio State and others still clinging to hopes of being in the Playoff mix — could hinge on how thoroughly the Horned Frogs trounce the Cyclones (2-9, 0-8).

But does TCU coach Gary Patterson believe that "style points" will be required?

Publicly, at least, the answer is …

“No, I don’t,” said Patterson, whose team is a 33 1/2-point favorite Saturday. “I didn’t think about style points at Texas (a 49-10 win last Thursday). I haven’t thought about style points anywhere along the line. In the second half of Kansas State (a 41-20 win) we ran the ball for seven or eight minutes in that ball game to really kind-of take the air out of the ball in the third quarter, which really kind of helped seal the deal. We’re going to try to win the football game. That’s the most important thing. I don’t think you can’t do anything more than that.

“Again I think it’s still about what kind of football team you have. Obviously, to others it makes a difference. But what’s a good enough win? I don’t think you have to go up out of your way to score 20-28 more points to show that you’re a good football team. I think everybody can watch the film — and those guys on the committee that are going to watch it, they’re going to be able to tell.”

Patterson cited the Golden Rule (treat others as you’d like to be treated) to further dispel the notion his team will — or may need to — chase extra points on Saturday in order to enhance its Playoff status.

“I’ve been on the other end of all those things,” said Patterson, who contended his record shows he’s not one to run up the score. “You’ve got to do the right thing and understand that it’s a long journey. You’re going to have to play other people and someday you’re not going to have as old a team, as mature a team as we’ve had this year. You’re going to be younger, so how would you like to be treated?”

Right now, Rhoads’ team is in that “younger” group — and it embraces the chance to play the role of giant killer.

A kid-gloves treatment is neither expected, nor wanted.

“It’s a great challenge for them to prepare for this type of game, the 12th game of the year when you’re 2-9 and you’re playing for what you represent as a human being,” Rhoads said. “What’s your character? What’s your integrity? What are you going to prepare to do and once you go out there, how are you going to perform against a team that if they have the opportunity to score 100 will try to do that? Our guys know that and are preparing for it.”

BIBBS (NON) UPDATE: Rhoads said Monday his Senior Bowl-bound tight end, E.J. Bibbs, will likely remain questionable for Saturday’s game most, of not all of the week. Bibbs, who leads the Cyclones with 45 receptions and eight touchdowns, didn’t play in last weekend’s 37-24 loss to West Virginia. “No update,” Rhoads said. “Medical staff was in yesterday but no decision will be made until late in the week. If he’s moving around better on it and feels good and can do the things, one, needed to first protect himself, and two, play the game effectively, he’ll go.” 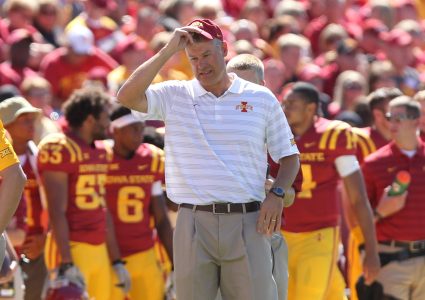 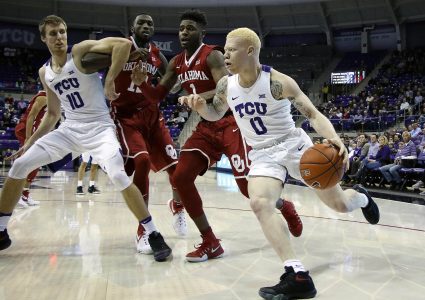 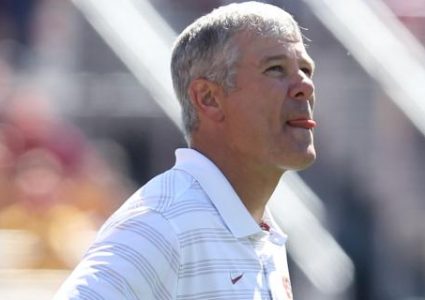