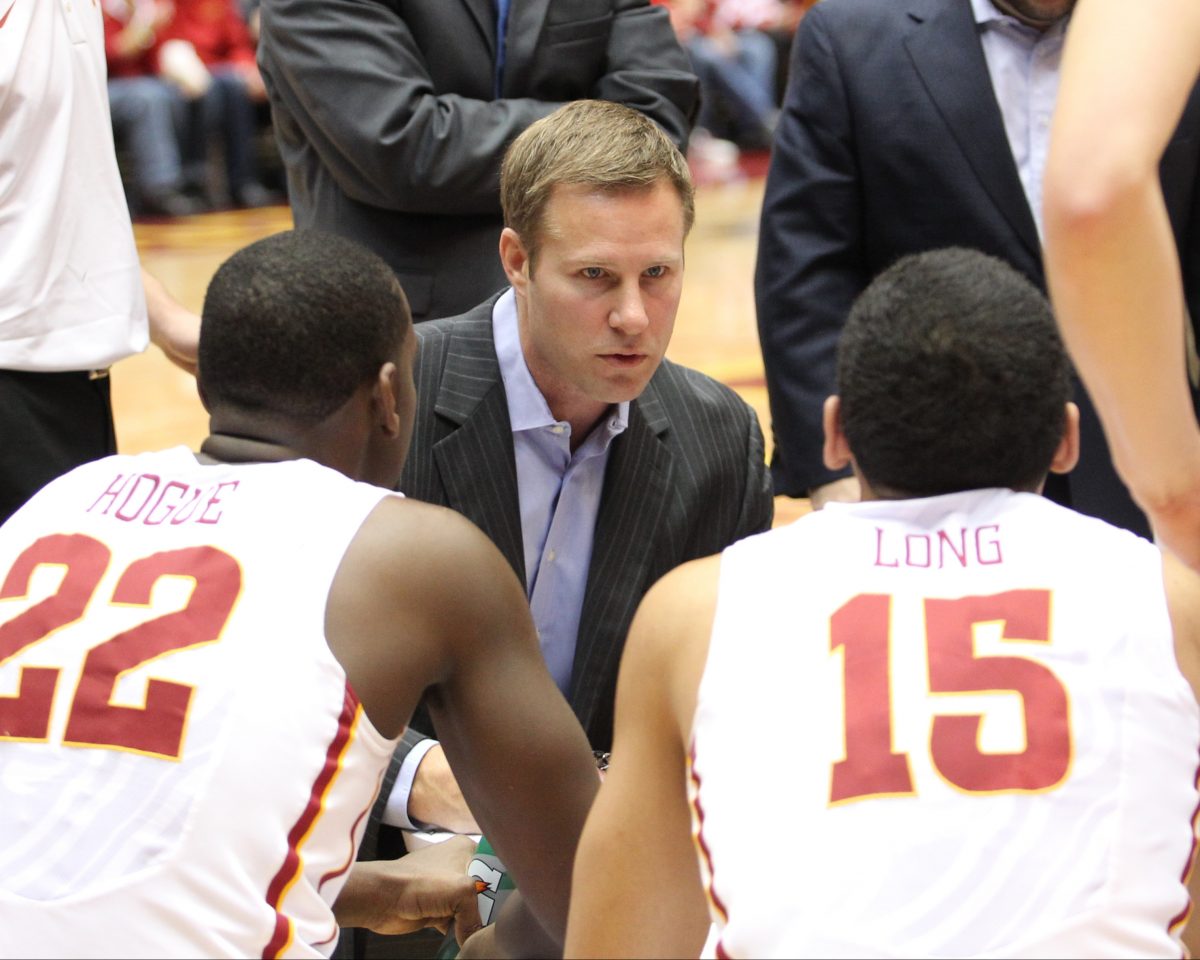 “I’ve got to have a conversation with the stat guy,” the ISU forward known to enter “beast mode” on the glass joked Monday.

Actually, multiple conversations could be in order, because Hogue’s believed to be leading the nation in a related, though currently unofficial, statistical category.

“My teammates are telling me I’m doing my job,” said Hogue, who hopes to pounce for more boards in Tuesday’s 6 p.m. matchup between the No. 14 Cyclones and Missouri-Kansas City. “They tell me jokingly that I’m leading the country in block outs, so I’ll take that and roll with it right now.”

Hogue — as Cyclone Fanatic’s Kirk Haaland deftly pointed out recently — has also been hamstrung by often playing the four spot instead of the three.

Hogue finished second in the Big 12 in rebounding last season with an 8.4 per game average, but now he’s more of a set-up man for others on the boards. He’s averaging 2.7 rebounds this season, but his impact on the glass remains high.

“When you go back and watch film, Dustin is one of the guys that is consistently blocking out,” ISU coach Fred Hoiberg said. “He gets locked up with a big guy and a lot of times ends up out of bounds with him in a wrestling match and then somebody else comes in and gets the rebound. So you can’t look too deep into Dustin’s numbers, but when he gets back to playing more three, which will happen when Jameel (McKay) gets eligible (Dec. 20), hopefully we’ll have a chance to be a very good rebounding team.”

Bottom line: They’re a very good team already, however the rebounds are disbursed.

But that reality hasn’t allowed the Cyclones (5-1) to engage look-ahead mode with a trip to Iowa City looming Friday. Four letters — N-J-I-T, as in the New Jersey Institute of Technology, which shocked then-No. 17 Michigan on Saturday — help prevent that from happening.

“All the players, we know about it,” said point guard Monte Morris, who grew up a Michigan State fan. “I got a kick out of that one.”

ISU received its early-season kick in the you-know-what when it lost 72-63 to Maryland in Hilton South, a.k.a. the Sprint Center in Kansas City.

The Kangaroos (3-6) knocked off Missouri to open the season and led Kansas State by double digits in the first half before falling 83-73 in Manhattan.

“You just hopefully jump on them early and keep your foot on the gas,” Hoiberg said.

That’s Hogue’s approach to everything — including lobbying for a new stat. Could rebounding assists be a fresh category to measure players? Probably not, but Hogue may push for it.

“If that was a stat, I’d gladly take it,” said Hogue, who’s shooting 60.3 percent from the field. “It should be now, because now I’m in the race for it. Rebounding assists, I think I’m leading the country right now.”

LINE, SCORE: Niang’s shooting 90.3 percent from the free throw line. Bryce Dejean-Jones — the CBSSports.com national player of the week — is making 88.9 percent of his foul shots. The synchronicity is remarkable, given Niang’s never shot better than 72 percent from the stripe and Dejean-Jones shot 64.3 percent his last season at UNLV.

For Niang, conditioning plays a role.

As for Dejean-Jones, better foul shooting became one of many focal points while trying to improve his game for his first and final season at ISU.

“I work on getting to the line,” said Dejean-Jones, who has shown marked improvement in about everything since joining the Cyclones. “But for the most part, it’s just getting there and having the confidence to go up there and knock them down.”

SHOT DOCTOR: Dejean-Jones entered the Arkansas game shooting a chilly 25 percent from beyond the arc. So who did he consult for shooting help? Teammate Naz Long, who’s drilled seven of his last nine 3-pointers. “I felt like my shot was a little off so I came to him and asked him to have a shooting session,” Dejean-Jones said. “We did that and it worked out well.”

Dejean-Jones went 8-for-8 from the field in the 95-77 win over the Razorbacks, including 4-for-4 from downtown.

Was it free advice? Dejean-Jones laughed at the question.

“He didn’t charge me,” he said. “But I’m sure I’ll have to do something for him to thank him.” 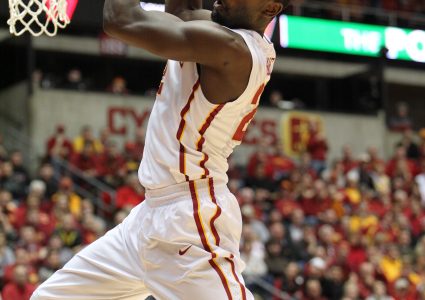