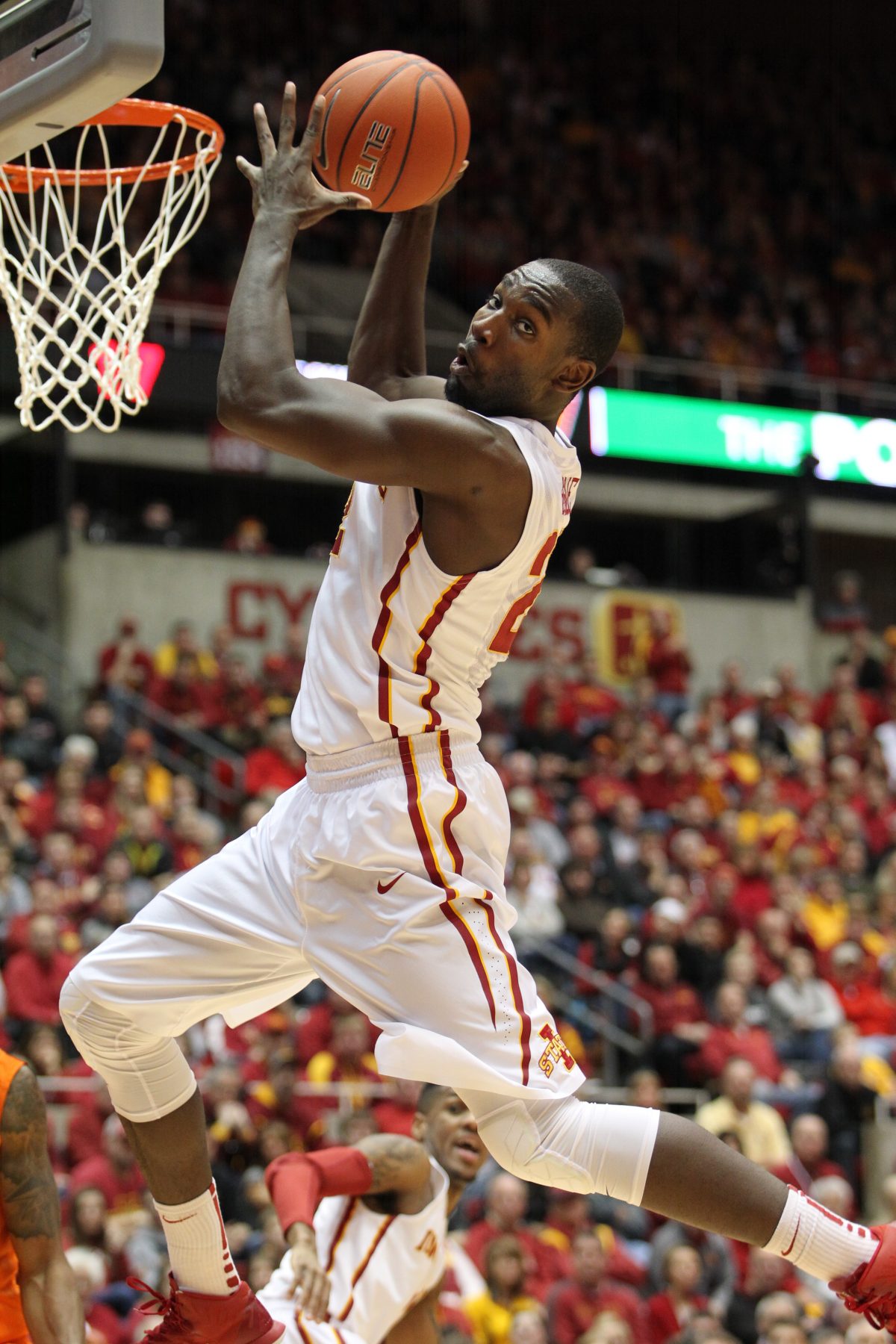 AMES — Iowa State seniors Bryce Dejean-Jones and Dustin Hogue have been invited to participate in the Portsmouth Invitational Tournament, April 8-11 in Portsmouth, Virginia.

The top 64 seniors in college basketball are invited to the four-day, 12-game tournament where scouts from every NBA team watch the competition for the upcoming 2015 NBA Draft.

Dejean-Jones, a Los Angeles, California, native, averaged 10.5 points in his only season at Iowa State. Dejean-Jones shot 47.6 percent from the field. He averaged 4.7 rebounds per game.

Hogue averaged 9.3 points and 4.9 rebounds in his second season in Ames. The Indian Hills Community College transfer from Yonkers, New York, was one of two players in the Big 12 to score 700 points and grab 450 rebounds the last two seasons. Hogue shot 55.7 percent from the field and 43.1 percent behind the arc this season as ISU advanced to its fourth-straight NCAA Tournament.

Dejean-Jones and Hogue join a group of former Cyclones to compete in the tournament. Martin Rancik, Paul Shirley, Jackson Vroman, Jared Homan, Jiri Hubalek, Marquis Gilstrap, Diante Garrett and Will Clyburn all played in the postseason classic since 2001.