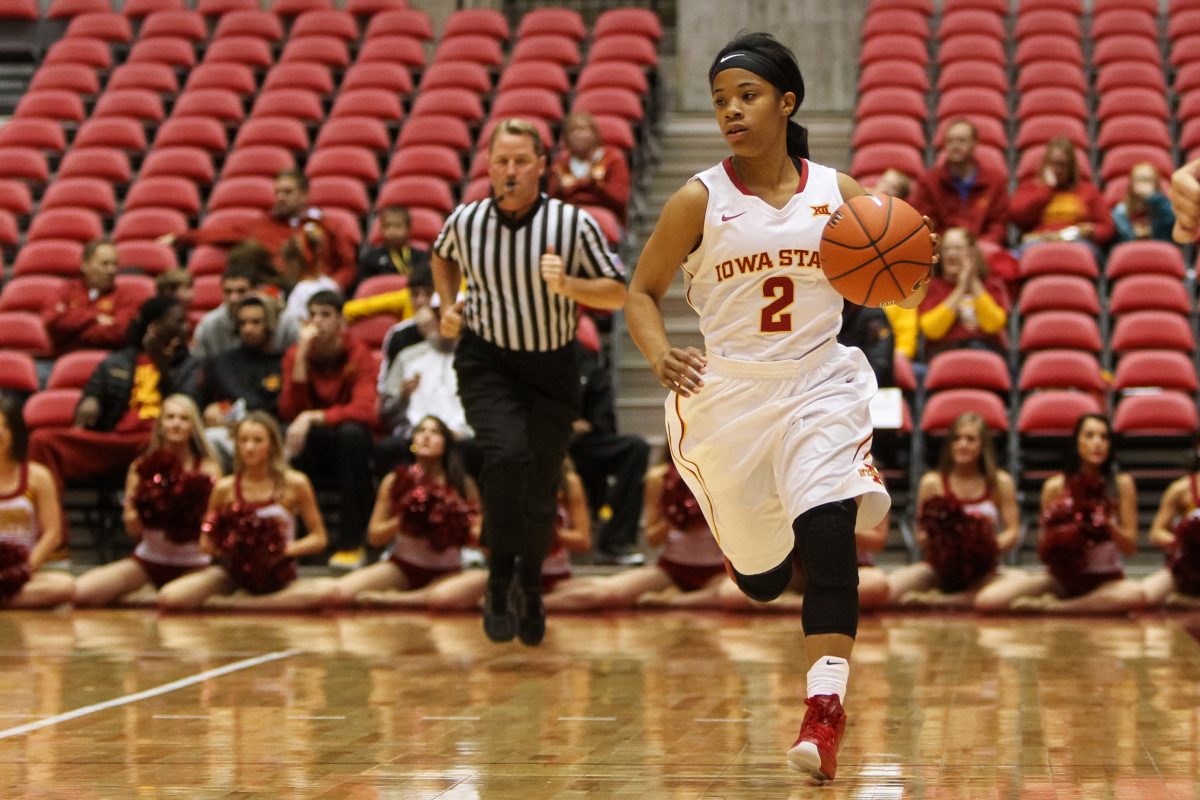 Until a little over a week ago, junior guard Kidd Blaskowsky was going to be a bench player for the Iowa State women’s basketball team. On Sunday, she made her second start in place of suspended senior guard Nikki Moody and led the team with 17 points in a 64-29 exhibition win over Winona State.

The Cyclones started the game on an 18-0 run that included two 3-pointers from Blaskowsky and one each from senior Brynn Williamson and freshman post Bryanna Fernstrom.

“We couldn’t have done any better at the start of the game,” Iowa State head coach Bill Fennelly said. “When you’re making shots and the court opens up and you defend the way we were defending, making them take some tough shots, keeping them off the free throw line, that was good.”

The Cyclones were relentless running their half court sets and pounded the ball into the post ending with a 40-14 advantage in the paint.

“We just kept throwing the ball inside,” Fennelly said. “We actually told our guards don’t shoot unless you’re wide open because we wanted to keep throwing it in there and you just got to keep working at it.”

Despite the advantage in points in the paint, the two freshman posts struggled for the Cyclones on Sunday. Fernstrom finished 4-11 from the field and scored nine points while her teammate Claire Ricketts went 0-6 and scored just one point.

“Our big kids are trying. They’re working at it. They work at it every day,” Fennelly said. “You can see the frustration on their face, which I don’t think is a bad thing, I think when it’s not going well if you’re not frustrated then you don’t care enough, but it’s getting better. We just have to keep throwing them in there.”

“I thought the four starting guards and I consider Seanna a guard, were tremendous from the start,” Fennelly said. “A lot of energy, defended well, rebounded the ball, took care of the ball, all four of those guys were really good.”

Fennelly’s club will need the guards to continue their high level of play as the regular season kicks off next Sunday against USC-Upstate. The Cyclones will also be helped by the return of Moody, who rejoined the team Friday and is expected to play in the first regular season game.

With Moody’s return and the development that is still needed from the young post players, don’t be surprised to see Iowa State with a lineup featuring five guards at some point during the regular season opener.

“We’re a guard oriented team and I don’t think that’s going to change,” Fennelly said. “We will have to experiment with playing five guards and going smaller, just because if those are your five best players, you got to use them and we’ll start thinking about that.”

At the end of the day, the exhibition did exactly what it was supposed to for the Cyclones.

“We got out of it what we needed and now it’s time to move on,” Fennelly said. “Hopefully we’ll be ready to open this thing up next Sunday.”

While questions still linger for the Cyclones, one thing is for sure; it’s time for regular season basketball.