Let’s get this thing started off with a question from Cybyassociation.

Cybyassociation writes: How can the Cyclone defense improve so that they can keep the team in games?

CW: I’m sorry but I just don’t think this is a fair question at all.

Was it the defense’s fault when the offense (a Big 12 offense let me remind you) didn’t crack 350 total yards in a single game until Toledo (from the MAC) came to town on Oct. 11? Is it the defense’s fault that the offense hasn’t run for 200 once this season and has only cracked 150 yards on the ground only once – that being the last game against Texas? Is it Wally Burnham’s fault that Iowa State is currently ranked 110th nationally in rushing and 83rd in scoring offense at 27.3 points per?

Listen, Iowa State’s defense isn’t the 1985 Chicago Bears and I’ll never claim that it is. The Cyclones were straight bad defensively in the last game against Texas. But to pin the start of the 2014 season on Wally Burnham’s crew alone seems unjust to me.

You win as a team. You lose as a team. These have been team losses in my opinion and to pin this on a defense that has kept this program afloat over the last five years seems shortsighted.

ISUCubswin writes: I was thinking about this Saturday night… How many points could Iowa State’s offense have scored against LSU and Ole Miss.

CW: Funny you say that because while watching the game with my dad, I turned to him and said, “Can you imagine if Iowa State could ever compile that much talent?”

The athletes on those two teams really did create quite the spectacle didn’t it?

To directly answer your question, I really don’t know the answer. Texas had some studs on defense and the Cyclones did ok. That Iowa State offense from that night would probably have scored some points but the offense we have seen in Ames for the better part of the last five years could have very easily been shut out. On second though, iit probably would have.

Cycloneinpdx writes: I don’t know about the rest of you but I certainly thought that we had a softer second half of the conference schedule than first but now that we are looking down very good looking WVU and TCU teams (as well as OU) in the coming weeks. Is there any way we get to anything more than 4 wins?

That’s especially the case with TCU after they lost DeVonte Fields right before the season began. Even so, I think we all thought that Gary Patterson would boast an impressive defense but NOBODY saw 50.4 points per game (No. 1 nationally) coming from TCU on offense.

And for West Virginia, well, I’m not as sold on this team as I am TCU but obviously the Mountaineers are still very, very good. I had Iowa State tabbed to win that game before the season began but can’t say that I do anymore. No way.

You’re right. It’s looking like two more for Iowa State with wins over Kansas and Texas Tech. However if Iowa State’s offense continues to improve, the Cyclones are certainly talented enough to pull off an upset on any given Saturday.

Bawbie writes: What do you think of Swoopes now? How does Texas hang 48 on us, and then a goose egg against KSU?

CW: He’s young and still playing in a new system. There is obvious talent there. I’m not going to jump off the bandwagon yet. “The Vampire” (Bill Snyder) does stuff like that.

Do you think the offense we’ve seen the last two games can show up and put 30+ on the board against OU?

CW: Yeah. Sure. Why not? Texas’ defense is right up there with Oklahoma’s statistically and Iowa State managed to score 45 (that included a defensive touchdown) on the road. So yes, if it is THAT offense from the Texas game, the Cyclones can absolutely hang 30 on Oklahoma.

If FSU goes undefeated and Notre Dame ends with one loss on a controversial play AT FSU, would ND make the playoff? How could you take any one-loss team over them?

CW: Under that scenario, I wouldn’t have a problem at all with Notre Dame making the playoff. That’s a game on the road against a defending national champion that by all means, they probably should have won. According to the Sagarin rankings, Notre Dame has played the 36th toughest schedule in America so far this season, which is respectable (Iowa State has played the sixth for what it’s worth). We’ll see how it all shakes out but no, I wouldn’t have a problem with Notre Dame and its resume making the Playoff whatsoever.

Erikbj writes: Does TCU make the Final 4 if they run the table OR does the SEC get two teams in? Assuming Oregon/ASU and FSU are in with the SEC champ.

CW: A one-loss TCU with its only blunder coming on the road in the last second against Baylor should absolutely be in the College Football Playoff. So yes, I will give the committee the benefit of doubt and assume they will do the right thing and put the Big 12 champ in the dance.

However, I kind of feel like Florida State will lose to somebody it isn’t supposed to. Under that scenario, I’d be fine with TCU, the Pac-12 champ and two SEC teams being there with Notre Dame (see above) as a wildcard. The Big Ten is awful but I think Michigan State would be a worthy playoff team too and potentially Nebraska as well.

And of course, don’t forget about a very worthy Kansas State team…

Bigdaddykane writes: Will Charlie Strong be gone in three years?

CW: Yes. By Texas’ standards, he was a cheap hire and while you have to applaud the guy for cleaning house, remember that this is Texas. The burnt orange boosters don’t care what he inherited. If he doesn’t show remarkable improvement in year two, he’s gone.

Will we get 400 yards in offense against OU?

CW: The Sooners have given up 469 yards or more in three of their last four games. Kansas State, who beat Oklahoma by a point two weekends ago, racked up 385. So yeah, why not.

DandyCyclone writes: How hard will it be to replace E.J. Bibbs next season?

CW: Whenever you are faced with the chore of replacing an All-American type of player at Iowa State, it is very difficult (if not impossible) to replace that guy. The same will be the case next season with E.J. Bibbs at tight end.

However, Iowa State is in insanely good shape at wide receiver. Most importantly, Iowa State will return two wide outs that are 6-foot-5 or taller in Allen Lazard and D’Vario Montgomery. Sam Richardson will have plenty of options.

At tight end specifically, I’ve heard a lot of positive things about freshman Alex Leslie. He’s more of your pass catcher while Ben Boesen, who now has a scholarship, will be an experienced option next season as well. I think Iowa State will be fine but to expect either of those guys to even come close to replacing Bibbs’ numbers simply isn’t realistic.

Acylum writes: After the SEZ is complete, what is our #1 facilities concern?

CW: I think it’s the football press box. You know, I’ve heard for years now that this has been toward the top of Paul Rhoads’ list of things to get done. Being a guy who has been in a few of these things, I can attest that Iowa State has one of the worst press boxes (if not the worst) in the Big 12.

From the outside, it’s an eye sore too.

Brett44 writes: Will you be switching to Natty Light or Beer 30 now that you have to buy diapers?

CW: What do you think, Bret? This is the glory of being a Busch Light man before you have children. It’s economically smart from the get-go. Not to mention delicious.

Daserop writes: If your only options were Art Briles Williams or Steele Jantz Williams, which one would you choose as the baby’s name?

CW: This is perhaps the worst question in mailbag history. If those are the only choices, the baby name would be Art Briles Williams and he would be a genius at that.

For real though, how epic would it be if I had a boy and named him Art?

Megamanxzero35 writes: Man. These Royals are making me nervous. How are they gonna pull it out and win Game 6 and 7?

CW: Don’t sweat it. Royals will win in seven. Tonight will be one of those classic Royals playoff wins. They’ll tie your stomach in knots. I will drink a 12-pack of Boulevard. My wife will roll her eyes.

Jbindm writes: Where does Bundrage line up in the offense next season? Will he move inside to the slot or will he assume an outside spot, forcing Montgomery or Lazard inside?

CW: I kind of like D’Vario inside in the Bibbs role that we’ve seen this year. It’s a toss-up though. The good news is that Mark Mangino will have a ton of options. Don’t forget though how good Bundrage has been on the outside during his career. I’d like to see him stay there if at all possible. 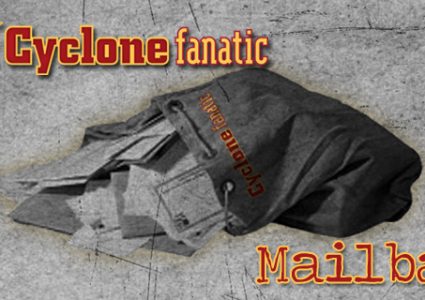 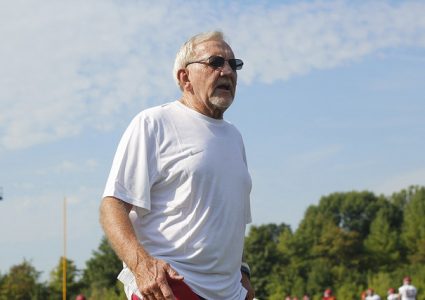