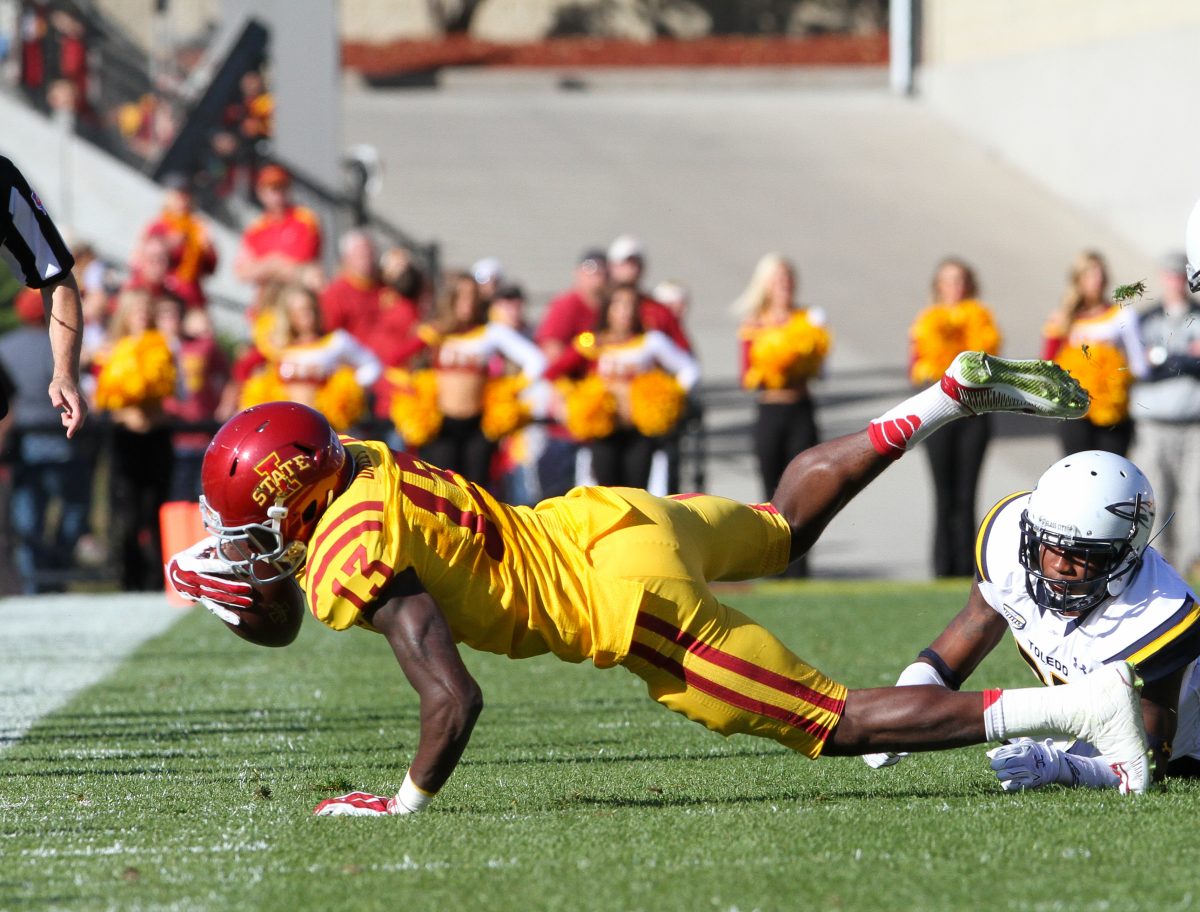 The talking point as we all exited the Jack Trice Stadium parking lots on Saturday was the offense, specifically how much it improved from the first half to the second half. While points were scored when the opportunities were present in the second half versus Toledo, the offense was actually extremely successful the whole game.

It just doesn’t seem like it because sometimes the success of an offense is judged off of factors that are more related to the timing of the success than anything else. On Saturday, the struggles in the first half hit as the offense crept inside the redzone but those drives were still extremely successful.

First off, one thing I was impressed with was the consistent efficiency throughout the game. The offense averaged 5.21 yards per play (the 13th best from 2011 to now for the Cyclone offense), which may not seem all that impressive. But, when you consider not a single play from Iowa State was longer than 23 yards that number looks better. There wasn’t a 70 yard play to boost the average, or a pair of 50 yarders. It was just good, consistent success from the offense. Of course, the fact that a big play wasn’t broken is an entirely other concern but a small pile of big plays isn’t contributing to skewing the average yards per play upward.

When you see 37 points on the scoreboard, you can say that it was a pretty good day for Iowa State, even if the opponent was Toledo. But it was still just the eighth most points scored in a game since the start of 2011 against an FBS opponent. Ditto for the 454 yards gained, which is also the eighth most with the same qualifiers.

While those numbers aren’t impressive in the grand scheme of things, that, in large part is due to ISU having just nine possessions on the day (the third fewest in the last 43 games versus FBS opponents). That limited the total yards the Cyclones could gain as well as the points they could score.

But most importantly, the offense was consistent from drive to drive.

The Cyclone offense took the field for nine real drives (excluding the drive in victory formation) against the Rockets and on seven of those possessions they gained at least 60 yards. In the past 43 games, that is easily the most. Just one other game had at least five drives of 60 yards or more (West Virginia in 2013).

All told, the Cyclones gained 67.5 percent of available yards on Saturday (a measure of total yards gained versus the maximum they could have gained based off of field position), which is again the best they’ve done in the past 43 games vs FBS teams. The next closest number to that is 65.1 percent at Kansas in 2012 and just seven other games in total were above 50 percent since 2011.

What I’m saying with all of this is that the offense was better than we realized on Saturday throughout the whole game, not just the second half. The timing of the drives stalling for field goals in the first half was unfortunate and costly on the scoreboard but in the grand scheme of things, just being able to move the ball is sometimes the biggest battle for an offense. We know that all too well these last few years when the offense stalls before it ever even starts.

Given those nine possessions, the Cyclones registered 4.11 points per possession, which is an outrageous number for Iowa State and the best we’ve seen from them since 2011.

Even against the FBS average since 2011, the ISU offense was off the charts with efficiency in moving the ball on Saturday. All FBS non-Iowa State teams since 2011 have averaged to gain 44.2 percent of available yards and 29.1 percent of possessions have gone at least 60 yards when possible. Compare that to the respective 67.5 percent and 77.8 percent above and you’ll see my reasons for optimism; even if it came against Toledo.

In all other ISU games since 2011, ISU has averaged to gain just 33.9 percent of available yards and just 17.4 percent of their drives have gone for 60 yards or more when possible.

It’s a one game sample. It was Toledo. But the improvements, however incremental in 2014, are palatable. The next step is doing it again, against a top flight defense on the road Saturday in Austin.

That will give the Cyclones a chance to start translating improvements in to wins.