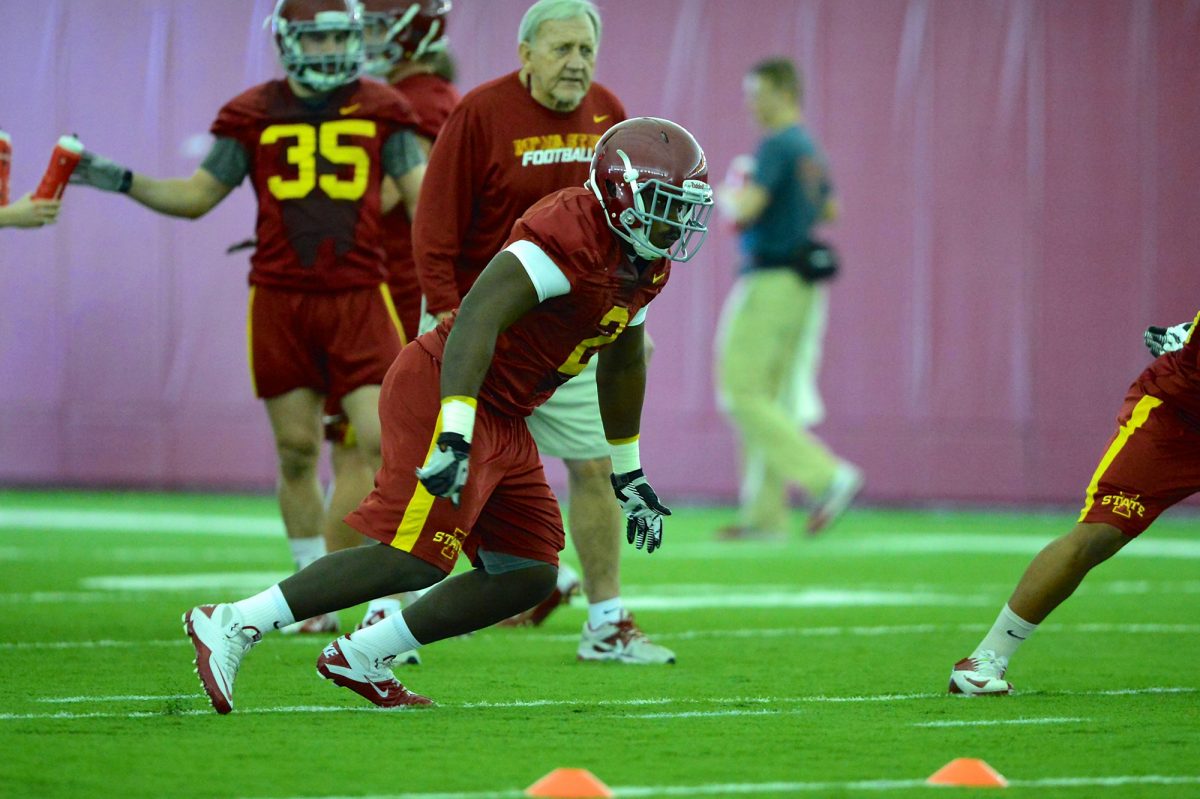 DALLAS — Paul Rhoads was very clear about his plans for the junior college players that Iowa State’s flooded its roster with in the recruiting class of 2014. Other than defensive lineman Terry Ayeni (who will redshirt because of a torn ACL) and Devron Moore (a safety who is no longer with the team), the other two-year prospects that Iowa State recently signed will play in 2014.

That is still the plan for defensive linemen Dale Pierson and Trent Taylor, neither of whom has yet made it to campus.

“I would anticipate all of the other JC guys being on the field,” Rhoads said at the Big 12’s media day on Tuesday in Dallas.

Even so, along with Gabe Luna (defensive end who arrived in the spring) and Jordan Harris (linebacker who did the same), offensive lineman Wendell Taiese and strong safety Qujuan Floyd will be ahead of the latecomers.

Taiese, who was listed at 6-foot-5, 357-pounds on Iowa State’s pre-camp roster, is now 30 pounds lighter than the day he signed with the Cyclones.

“He is an exactly clone of Shaban Dika with a healthy knee,” center Tom Farniok said of his new teammate. “The way that he gets in his stance. The way that he moves. How powerful he is. It is the exact same.”

That was meant as a compliment too. Dika, whose Iowa State career ended last season due to multiple serious knee injuries, was once believed to be an NFL prospect on the offensive line.

“From what we have seen from him in drills, he is good and can really run,” Farniok said. “He is fast. He’s at like 337 pounds right now but he looks like he is 315. He can really move. For him it will be learning the plays. If he is a guard next to me it will be easy because I will tell him what to do every single time if he needs it.”

Taiese was not listed on Iowa State’s pre-camp depth chart but that could very well change before the start of the season. Even if the big man doesn’t start, he will provide immediate depth and will see the field.

“He is physically where I probably thought he was going to be as opposed to where we wanted him to be,” Rhoads said. “We always want them to be in better shape and they always think that they are in better shape. That’s why the last two guys will be tricky cards to play because they aren’t going to be in as good of shape, Taylor and Pierson, no matter how hard they say they have been working out.”

Taiese arrived on campus earlier this summer and has had plenty of time to get a physical good base for fall camp.

“He is still a big man,” noted Rhoads, who recalled seeing Taiese enter Iowa State’s indoor facility from a distance on Monday. “I looked down about 60-yards as he came into the indoor and he is still a big man. He is a little bit leaner than when he arrived on campus.”

Qujuan Floyd might be the most impressive JUCO that has stepped foot on Iowa State’s campus so far from the 2014 class.

“He has been intent, serious, hard working and not to say this in a way that is stereotypical, he has not come in like a junior college player,” Rhoads said. “He has come in like a guy on a mission that is ready to do whatever it takes to coach and whatever it is that needs to be done to see the field. I am really encouraged and excited about that.”

Floyd, who is listed at 6-foot, 190-pounds, was also left off of the pre-camp depth chart but is behind two men who have yet to see much serious playing time during their careers at Iowa State in T.J. Mutcherson and Darian Cotton.

At middle linebacker, Jordan Harris is third on the pre-camp depth chart behind Alton Meeks and Kane Seeley but the 5-foot-11, 241-pound big hitter might have a higher upside than his counterparts.

“Jordan Harris’ biggest attribute right now still is that when the lights go on and you start playing football, he makes plays,” Rhoads said. “When you break it down into pieces, he is not where he needs to be as far as understanding the defense and being aligned consistently and so forth. Neither was Jeremiah George in two full years on our campus. The light didn’t go on with him until his third year and you can arguably say that it wasn’t bright then because he had A.J. (Klein) in one ear and Jake (Knott) in the other helping him accomplish that.”

Rhoads’ message on Harris: He and defensive coordinator Wally Burnham often times value being in the right spot over sheer athletic ability. Right now, that gives Meeks and Seeley the edge. However Harris, who Rhoads appears to still be very high on, will play when he is ready.

“We are wanting to get him in there sooner rather than later but it is going to happen when it happens,” Rhoads said. “I can’t force it and say that by August 30, he is going to know everything that he is supposed to. He will knock your cavity loose and that is a pretty important piece to the game.” 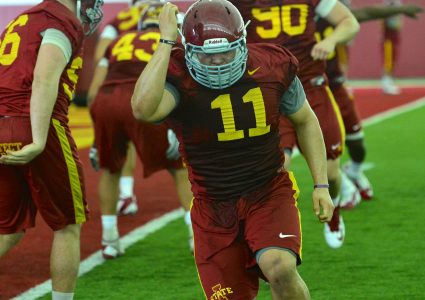 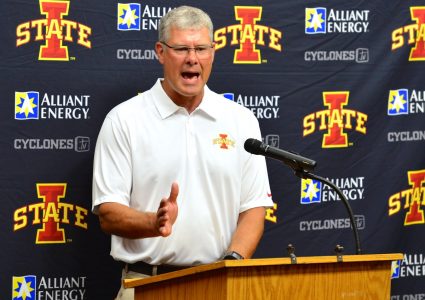 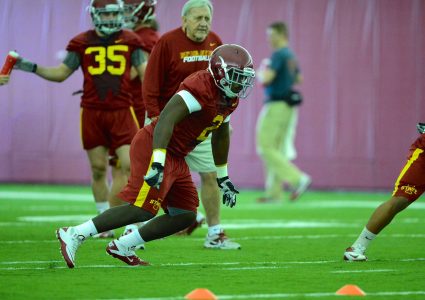