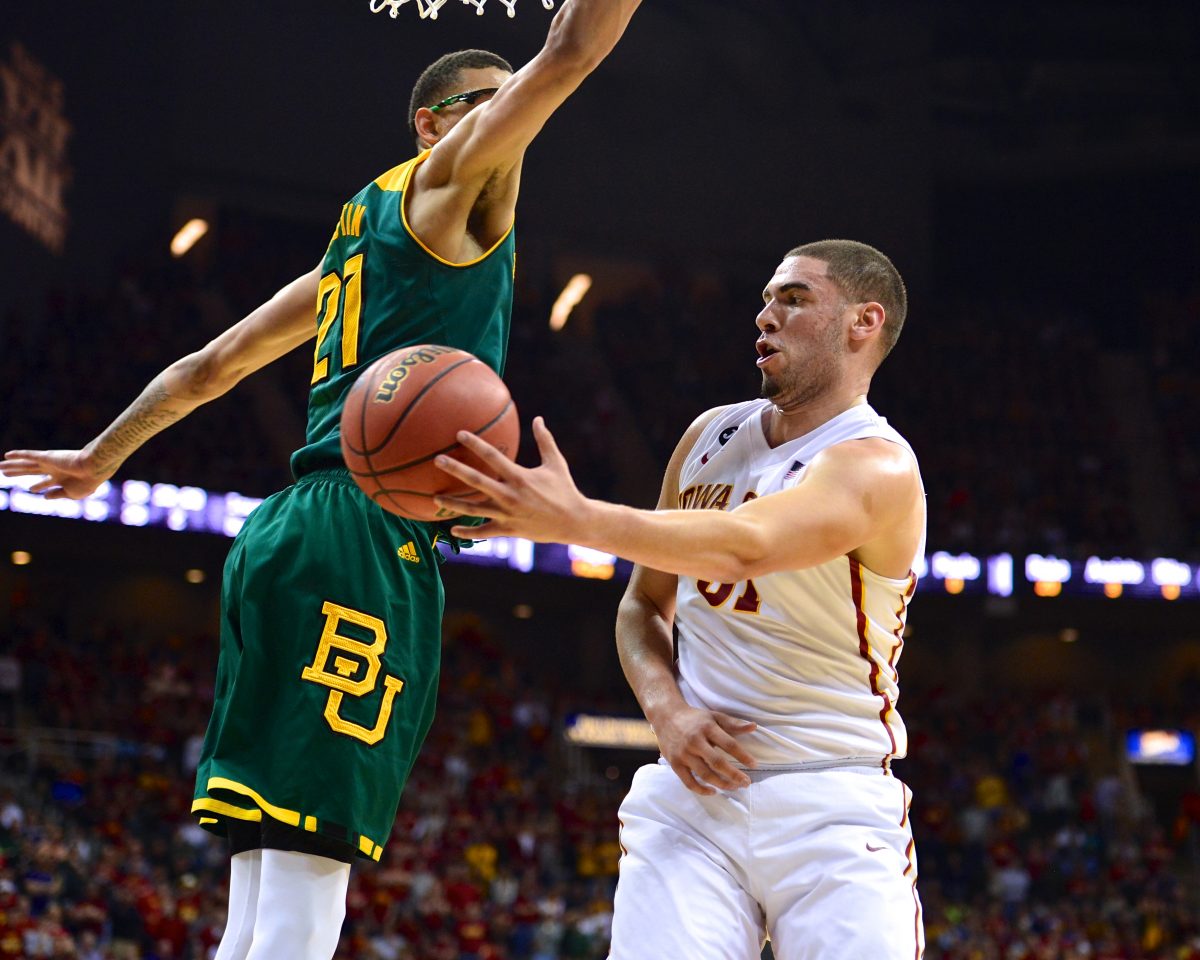 Iowa State has a VIP ticket for the best sporting event in the world.  The Cyclones open up the NCAA Tournament on Friday with a real chance to make some significant noise. There is no Kentucky loaded with NBA talent waiting in the next round. If Fred Hoiberg’s club is operating in an efficient manner, it would take a supreme effort by an opponent to slow down the Cyclone train.  Put it in another way, Iowa State’s "A" game is better than almost everybody in the field. Now the fun begins.

A season that started off with unexpected promise has blossomed into legitimacy. When the pre-season rolled around, level-headed prognosticators had the Cyclones as a 50/50 proposition to get back to the tourney. The Cyclones had to replace 52 points, 17 rebounds and 12 assists off of last year’s senior-laden club.  One well-documented USA TODAY writer even picked the Cyclones to finish dead last in the Big 12.

A 14-0 start and wins over Michigan, BYU and Iowa erased the doubters. When the Cyclones pulled off three hard-earned wins while not playing their best basketball in Hawaii, the drum beat grew a little louder. There was something special brewing; Hoiball had developed an attitude. This group of Cyclones was not the same free-wheeling, bomb squad from the past; they felt comfortable in the trenches.

A road win at Texas Tech and a DeAndre Kane performance for the ages against Baylor vaulted Iowa State into the national spotlight and the top 10. Yet like any great story, conflict arose suddenly. Losses to Oklahoma, Kansas and Texas derailed the Cyclone momentum. The pre-season questions rose to the surface – this team has no depth, they aren’t a good three point shooting team and struggle to rebound. They were not ready to be elite. Can these men finish?

During the rest of January and February the Cyclones treaded water, alternating moments of brilliance (Melvin Ejim’s 48 points against TCU, Naz Long’s "ONE MORE BRO" OT three at Oklahoma State) with a lackluster showing at West Virginia and an average at best display at TCU.

A late game skid at Baylor and subpar first 30 minutes in the finale against Oklahoma State had the Cyclones trending the wrong way as the post-season approached. During March Madness, if you are treading water, you are drowning.

They were floating haphazardly, trailing Oklahoma State by 16 points in the second half. But conecession is not in their vocabulary. The Cyclones battled back to make it interesting and the Naz Long three heard ’round the Upper Midwest  got it into overtime.

Then something clicked. This group of Cyclones is at their best when the pressure is highest. Iowa State scored on 10 of their 12 possessions in overtime to close out the Cowboys. They are 3-0 in overtime games this year.

The run continued into the Big 12 Tournament. The Cyclones scored on eight of their final nine possessions to shut up Bruce Weber and Kansas State. They eviscerated Kansas in the second half, shooting an absurd 68 percent from the floor, with points in nine of their final 13 trips.

Against Baylor, after starting the game 1-for-17 and down three with six minutes remaining, Iowa State owned the moment. The Cyclones ended the game by scoring on 12 of their final 13 possessions to bury the Bears.

In the decisive "onion cutting" time over the last four games, Iowa State has scored on 39 of 46 trips down the floor. An impossible ratio. If this were a game of Mortal Kombat, the Cyclones would have an amazing "finish him" fatality move.

Iowa State has trailed by 10 or more points eight separate times this season, only to come back to win. They have fought back from second half deficits of 18 points against UNI and 16 points against Oklahoma State. They’ve hit big shots, made big stops, battled foul trouble and knocked down clutch free-throws. They’ve navigated teams that try to slow them down and those that speed them up. It all should prepare them for the next great journey in the NCAA Tournament.

The Cyclones are going to get punched in the face and deal with a level of adversity they have never seen starting on Friday night.  But more than any Cyclone team I have witnessed, this group thrives in dire situations. When the going gets tough, they get buckets.

In a season that started with unprecedented success, chock- full of memorable moments, it is how Iowa State finishes that will be the lasting legacy. Iowa State forward Georges Niang talked a lot last week about bar fights, cage matches and UFC brawls; he has a scar over his right eye to prove his point. The NCAA Tournament is the premiere pressure stage in all of sports and nobody can predict what will happen. But rest assured, Iowa State is going to finish with a fight.