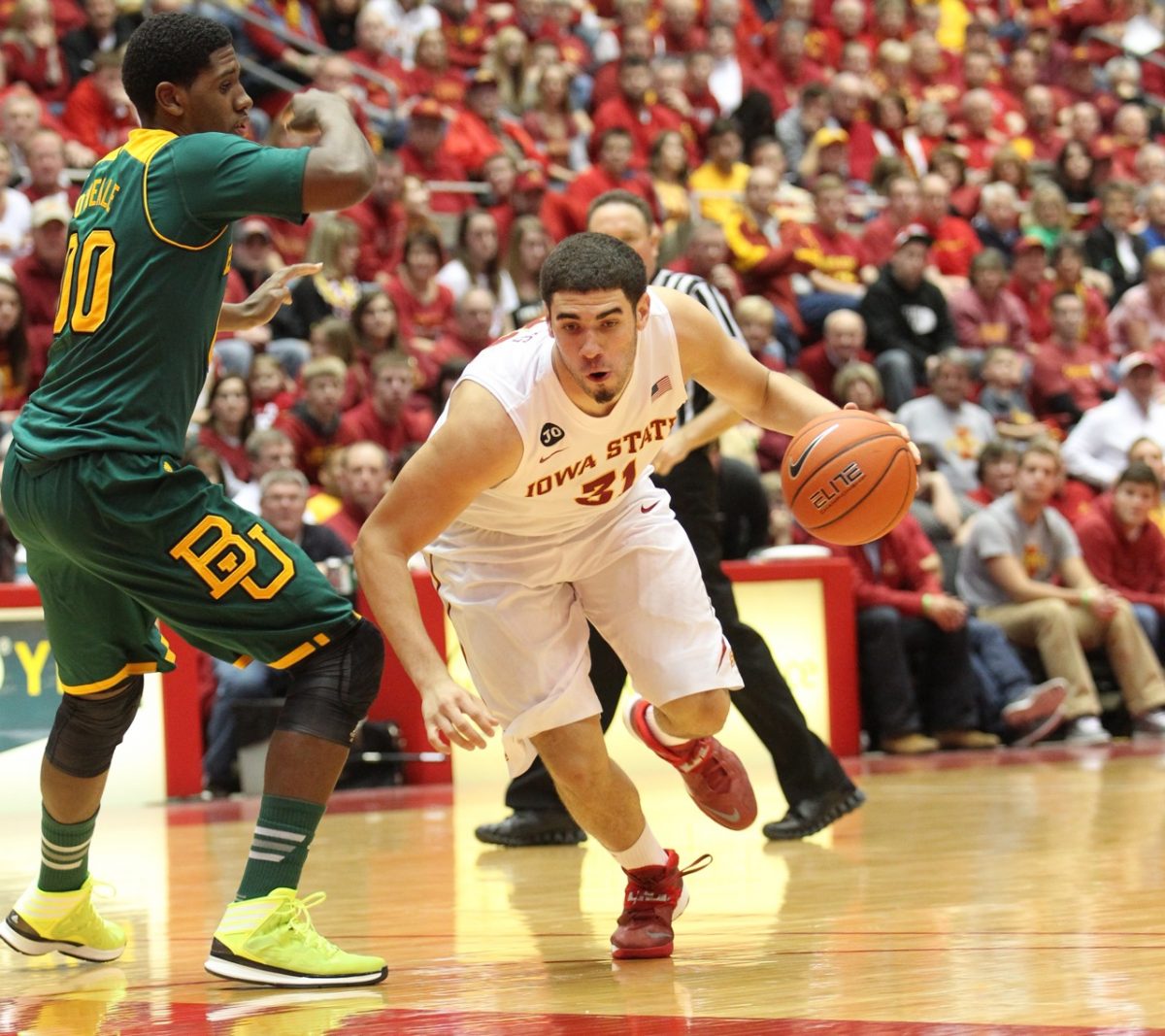 AMES — And just like that, Saturday’s home date with Texas Tech is an interesting one. Nobody other than Jeff Orr himself saw this scenario coming a week and a half ago. Iowa State is fresh off of a 102-77 pasting via West Virginia. Meanwhile, Tubby Smith’s Red Raiders have rattled off three in a row including Wednesday night’s stunning victory in Norman, Okla.

It’s hard to visualize how a February meeting with Texas Tech could be considered a “big one” for Iowa State (this was supposed to be one of those automatic wins) but right now, it absolutely is. At 6-5 in league play, Iowa State absolutely has to protect its home floor the rest of the way if it hopes to be in contention for the 3-seed in March’s Big 12 Tournament. From that standpoint, they are all “big” from here on out.

But Iowa State was embarrassed on Monday night. One ugly loss can’t turn into another – which losing at home to Texas Tech would be. Despite Tech’s recent uptrend, it’s still a team with a losing record (5-6 in league play) that likely won’t play in the NCAA Tournament.

Saturday’s 12:45 p.m. tip is also significant for a less obvious reason – that is getting Monday’s anomaly completely out of sight and mind.

"I expect our guys to come out and be a whole new breed of team,” junior Dustin Hogue said. “We’re going to take that anger, that frustration out on somebody. Texas Tech is up next and we’re not going to take anybody for granted. They gave us a good game when we went down there. But when they come up here we aren’t letting anybody score that many points again."

That’s certainly an encouraging quote to read. If Iowa State indeed takes the floor with that frame of mind, the Cyclones will win the game. Iowa State won its first Big 12 game of the season in Lubbock by a 73-62 final on Jan. 4. But this is a different Texas Tech squad than the one Iowa State beat in January. Its current three-game winning streak is highlighted by a convincing 68-60 victory at Oklahoma.

"I don’t know if you watched that game last night, but a lot of things concern me about Texas Tech right now,” Fred Hoiberg said on Thursday. “That was as good a performance as I’ve seen in our league all year to go into Oklahoma and have them down by 20 points, withstand a run, and hold them off. Made big plays down the stretch.”

Texas Tech’s defense has been especially notable as of late. The Red Raiders held OU’s Buddy Hield to 1-of-13 shooting and three points on Wednesday night while forcing 14 Sooner turnovers. In a 65-61 home victory over Oklahoma State last Saturday night, the Cowboys turned it over 15 times.

“They are playing as hard as any team that we’ll face right now,” Hoiberg said. “They rebound the basketball at a very high clip. It’s a team that is clicking on all cylinders right now. They’ve won three in a row and they are coming in here with a lot of confidence."

All of the above is true and reason for Iowa State to take this game very, very seriously and chances are, they will.

“I expected them to bring it along late in the season,” Georges Niang said. “Tubby Smith is a great coach and it’s not like they don’t have talented players, they have some talent down there."

Add Iowa State’s recent 25-point loss and Tech’s hot streak together (the Red Raiders winning at Oklahoma was positive on multiple levels) and it should produce a very motivated group of Cyclones.

…That three of Texas Tech’s five league wins have come against the bottom two teams in the Big 12, TCU (twice) and Baylor (at home).

Meanwhile, four of Iowa State’s losses have been on the road. All four of those teams (Kansas, Texas, Oklahoma and West Virginia) are in the league’s top five at this point in the season. Iowa State’s other loss was to No. 7 Kansas inside of Hilton Coliseum.

This seems like a “not as good/bad as it looks” type of scenario to me.

***Melvin Ejim is averaging 20.3 points and 9.3 rebounds per game during Big 12 Conference play.

*** Since Big 12 play began, Iowa State ranks last in the league in 3-point shooting at 31 percent.