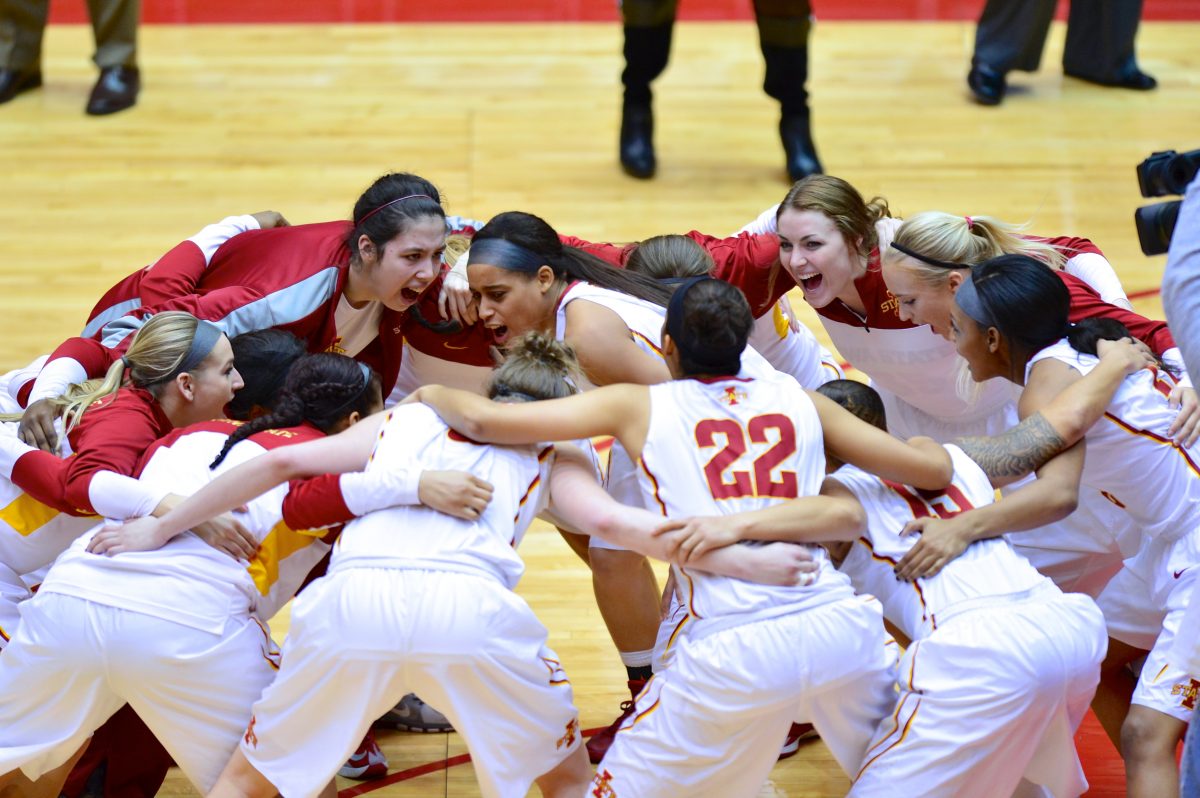 Cyclone Fanatic’s coverage of Iowa State women’s basketball is proudly brought to you by our friends at Wilson Toyota/Scion located at 2212 S. Duff Ave. in Ames.

The Iowa State women’s basketball team secured a monumental win on Saturday night over Texas at Hilton Coliseum. Despite starting 14-0, Iowa State was clinging onto a life raft in the NCAA Tournament sea. The win over the Longhorns gets them ever so close to locking up their eighth straight NCAA bid. The Cyclones are now 18-8 overall and 7-8 in Big 12 play.

For those who don’t follow the women’s game as closely as the men’s, there are a few important distinctions to keep in mind:

2. The first and second rounds of the tournament are held at on campus "host" sites. Iowa State is a host site this year. If these host schools make the tournament, they will play at home, regardless of seed.

With three games remaining (@ Oklahoma State, @ Kansas, vs. Baylor) let’s set the table for what the Cyclones need to do.

Because of the 64 teams that make the tournament, there are 32 "at-large" bids in the women’s game, four less at large bids than the men’s game. So the threshold to make the tourney is a bit different. That said, the number of potential at large schools in the mid-major conferences is extremely limited.

In last year’s tourney, the Atlantic 10 and Missouri Valley got an extra team in. That was the extent of the additional mid-majors. Every other at-large was from a power conference.

There are several mid-major teams this season that may get in if they DON’T win their conference tournament, so over the next few weeks, it would benefit Iowa State if the following all win their respective tournaments:

It is also likely the Atlantic 10 gets a couple teams in. But the at large bubble for mid-major teams is very small. The overwhelming majority of the at large schools are from power conferences, which is good news for Iowa State.

Since the Big 12 went to the 10 team, round robin format, there have been four teams that finished at 8-10 in the conference. Three of the four made the NCAA tournament. The Big 12 has sent seven teams to the dance each of the last four seasons. Iowa State is currently sixth in the standings.

Also in the Cyclones favor is the "host" school distinction. Fifteen of the 16 host schools made last year’s NCAA Tournament. Ohio State was the only host school not selected. The Buckeyes had an RPI of 68. But bubble teams Texas Tech (RPI #52), Iowa (#42) and St. John’s (#43) all made the dance as host schools. While it is not a guarantee that host schools make the tournament, it certainly helps the cause.

Right now, Iowa State has an RPI hovering around 40. If the season ended today, they would be in the tournament with ease. But there are three daunting games on the schedule.

It is my feeling that one win in the regular season is enough to punch their ticket to the dance. That would get the Cyclones to 8-10 in the Big 12 and their RPI wouldn’t budge much at all because of the strong teams left on the schedule. Things would get very dicey if the Cyclones lose out in the regular season. A 7-11 record with an RPI likely in the high 40’s or low 50’s would put them precariously on the nervous-wreck side of the bubble. Even then, they would still have a chance if there aren’t any bid-stealers in the mid-majors, but that’s a gamble I wouldn’t bet on. If the Cyclones happen to lose out in the regular season and win one game in the tournament, flip a coin.

Bill Fennelly’s Cyclones have made seven straight NCAA Tournaments. They are one of only 14 schools who can say that. It will be a grind to make it to their eighth, but no doubt this team is going to scrap to the finish.  Let’s hope they earn their way to their own party.