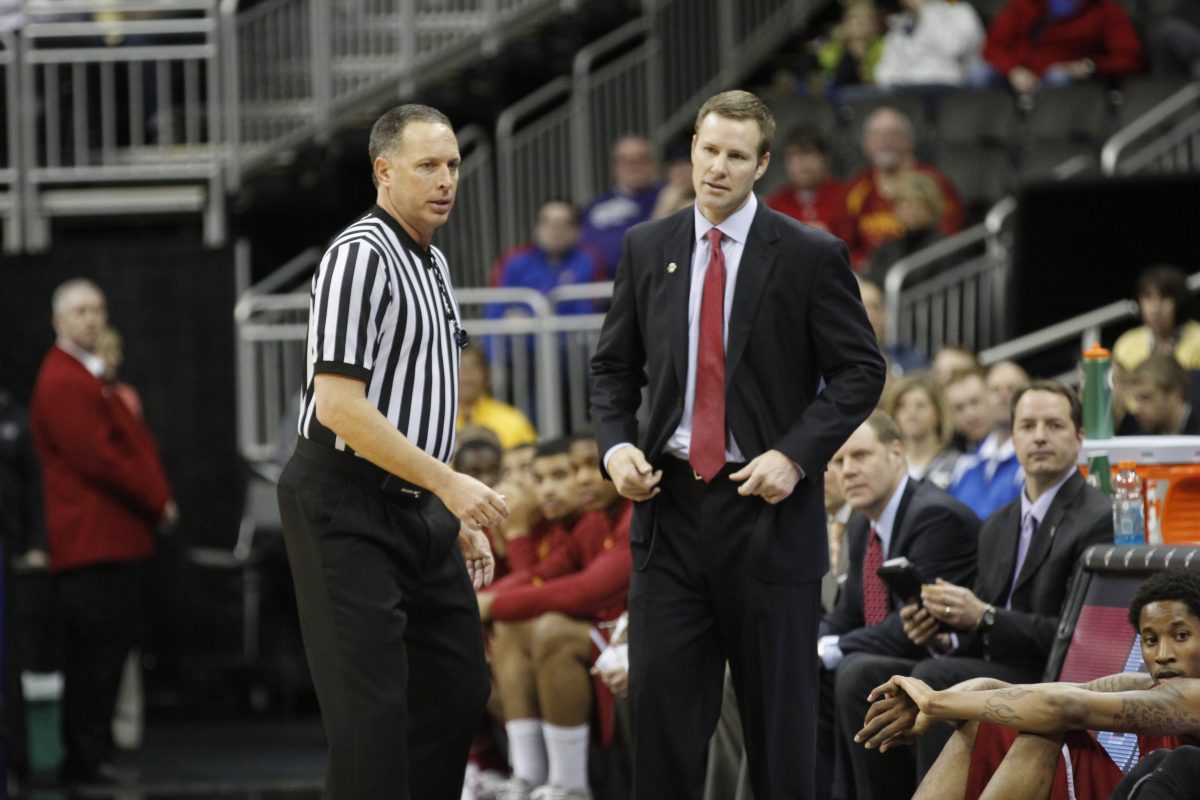 AMES — During and Iowa State media session leading up to Saturday’s Big 12 opener at Texas Tech, I was reminded of a conversation that I had with Fred Hoiberg at our annual Cyclone Fanatic season tip-off party at the Keg Stand in October.

While I was interviewing Hoiberg in front of the crowd in attendance, I asked him to settle the Kansas or Oklahoma State debate on which team would eventually win the Big 12 this season.

That is how Hoiberg responded to my foolish phrasing of what I thought was a pretty good question at the time. The crowd erupted and loved the fact that “The Mayor" made me look like a jackass and frankly, I don’t blame them.

The league’s coaches eventually picked Iowa State to finish fourth in the league, which despite a 12-0 start, is still very possible. That is because this Big 12 appears to be much tougher than anybody imagined before the season began.

Oklahoma State is an obvious force. Despite a few letdowns, Kansas’ talented youth is still chilling. Baylor is Baylor is Baylor is Baylor. Without question, the Cyclones are better than anybody thought in the preseason. Kansas State (winners of eight in a row), Texas (11-2) and Oklahoma (11-2) have all shown flashes of being NCAA tournament teams.

Iowa State’s goal heading into Saturday though is pretty simple. The Cyclones, who made it through the toughest non-conference schedule that Fred Hoiberg has orchestrated unscathed, are a confident group and they want to win the league.

“We are rolling as good as anyone in the country I feel and the Big 12 is up for grabs,” Melvin Ejim said. “I feel like we have a strong team. We will play every game one at a time and see where we end up. We feel like we are good enough and a contender to win a Big 12 championship.”

In order to do so, games like Saturday’s date with the Red Raiders are critical. The Cyclones slipped up in Lubbock a year ago, in what Hoiberg referred to as his programs worst offensive outing of the season. Had Iowa State taken care of business in that one, the Cyclones would have eventually tied for a Big 12 title with Kansas and Kansas State.

Iowa State’s non-conference schedule wasn’t a gauntlet but it certainly wasn’t cupcake either. Five of Iowa State’s 12 wins came against opponents listed in KenPom.com’s top 100. Iowa and Michigan are both in the top 20. Boise State and Akron are legitimate contenders to win their leagues and despite recent struggles, it is hard to imagine a scenario in which BYU isn’t some sort of a factor in the WCC.

“I think the one thing that we built up in the non-conference portion of our schedule is confidence,” Hoiberg said. “We struggled a little bit early during the past couple of seasons but this team has come together a little quicker than those last few teams have. I like the toughness of this group. That’s something that you have to have, especially when you go on the road in conference.”

Iowa State’s road trip at Texas Tech will tip off at 12:45 on Saturday. The game will be televised on the Big 12 Network. We will have more on Texas Tech coming up later today at CycloneFanatic.com.