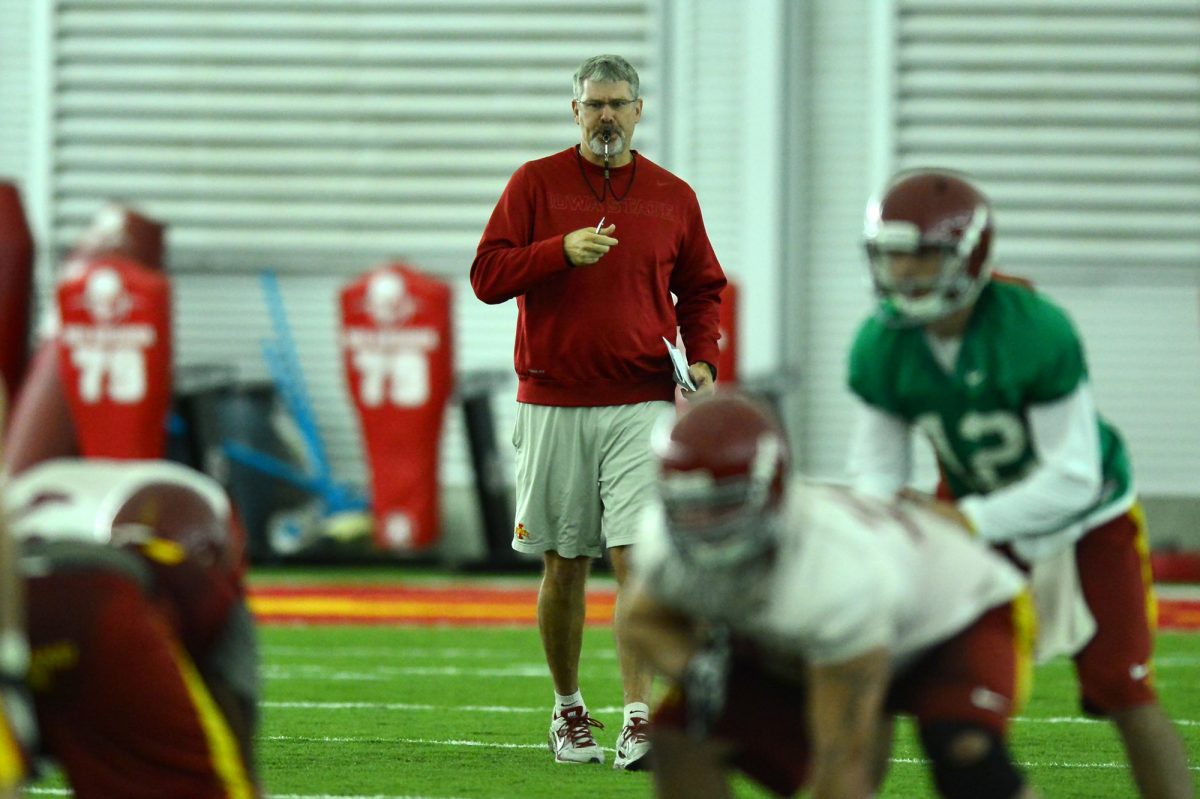 Paul Rhoads added somewhat of a surprise commitment to his 2014 recruiting class on Monday night. That’s when a cornerback out of Houston (Texas) Westfield named Brian Peavy called Rhoads and chose the Cyclones over Texas Tech and Central Arkansas.

“Both programs (Iowa State and Texas Tech) are on the rise but I want to be a Cyclone and help them become Big 12 champs next year and in years to come,” Peavy said. “Iowa State is a better fit for me.”

Peavy, a 5-foot-9, 170-pound defensive back, camped at Iowa State this past summer and plans on taking an official visit to Ames in January. Iowa State’s offensive line coach Chris Klenakis was his primary recruiter but it was just last week when Paul Rhoads made a trip south.

“We had kind of lost contact because they thought I had committed to Texas Tech,” Peavy said. “Coach Rhoads just came down to visit with my coach and found out that I was still available."

After that, it didn’t take long for Peavy to make his decision to become a Cyclone. Peavy’s future education came into play.

“They are top 10 in graphics design, which is my major,” Peavy said of Iowa State.

On Monday night, he called Klenakis and Rhoads to announce his decision.

“He was excited,” Peavy said of Rhoads’ reaction. “He was fired up.”

Peavy snagged seven interceptions for a 13-1 football team during his senior season.

My take on the commitment: Paul Rhoads must really like this kid. The recent trend of Iowa State’s defensive back recruiting has been all about body-type, body-type, body-type. Peavy’s 5-foot-9, 170-pound frame doesn’t scream “must have” but as guys like Jeremy Reeves and Ellis Hobbs have proven in the past, size certainly isn’t everything.

You can check out some of Peavy’s highlights from his senior season by CLICKING HERE.

Cyclones add one; strike out on another JUCO on Monday

Earlier on Monday, Scout.com reported that junior-college offensive lineman Wendell Taiese was on the verge of committing to Iowa State. Based off of the onslaught of reports since then, we will go ahead and count the 330-pound guard as a “get” for the Cyclones.

However on Monday night, Iowa State missed out on one of its top targets left in the 2014 class when Iowa Western Community College linebacker Trevon Young chose Louisville primarily over the University of Iowa. Iowa State had been courting him as well.