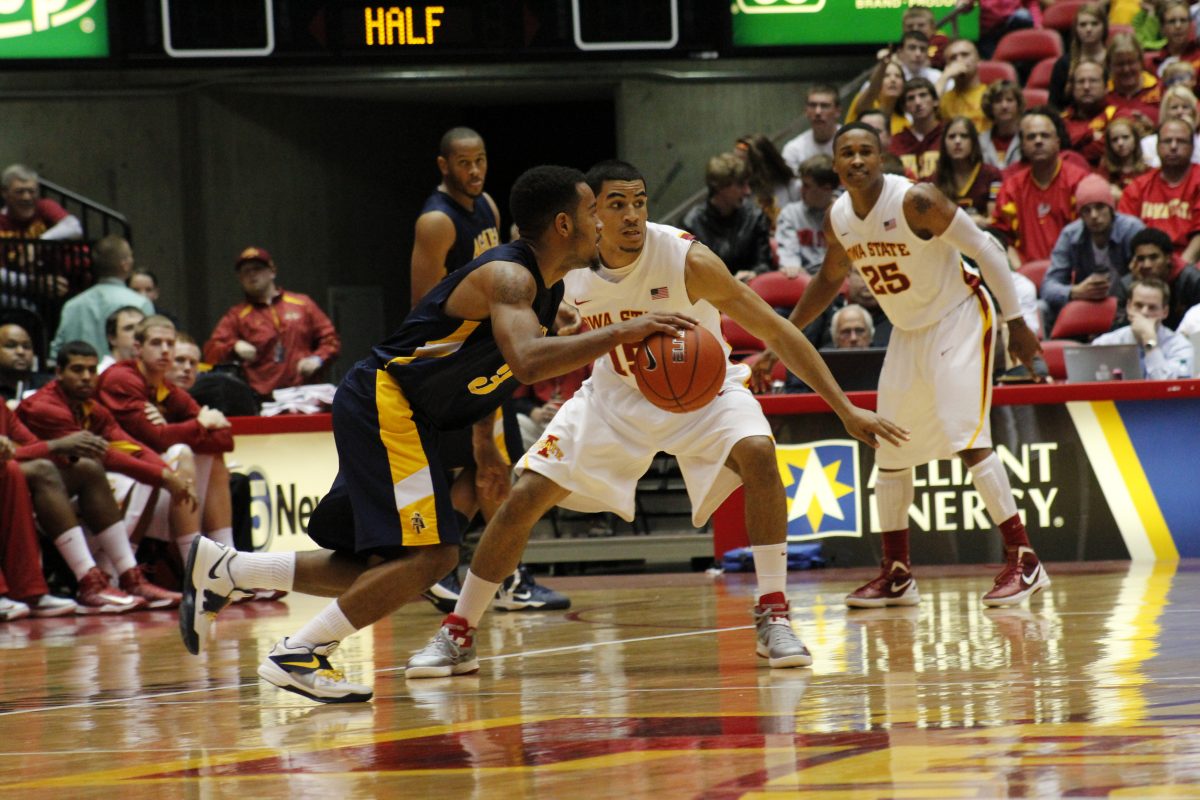 AMES — Sunday marked an explosive performance from the Iowa State men’s basketball team in their first regular season action of the 2013/14 season against UNC-Wilmington (0-2).

The Cyclones were led on the afternoon by guards Naz Long and DeAndre Kane. Long finished with 26 points on 9-of-12 shooting and 8-for-11 from 3-point land. Kane came close to a triple-double but finished with 13 points, 11 rebounds, to go along with seven assists.

The Cyclones finished with 15 3-pointers as a team, coming up two short of the school record of 17. The Cyclones also shot 52.4 percent from the field in the game.