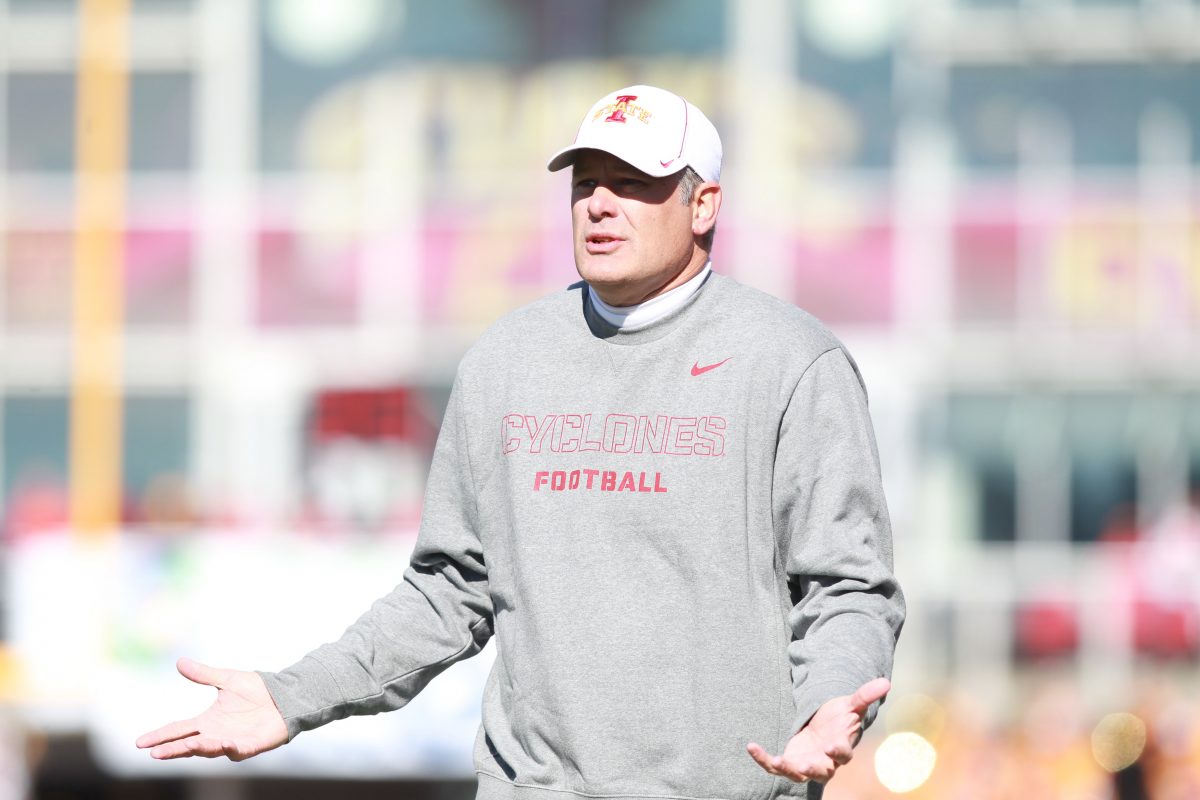 AMES — One more first down.

That was the difference between a brief relief of the gushing wound that is the 2013 Iowa State football season and a disappointing 1-8 record.

If Iowa State’s offense could have put it together for one more first down, Cyclone fans would have driven home from Jack Trice Stadium happy for the first time in over a calendar year.

In front of a packed crowd (especially considering the Cyclones entered the day at 1-7), Wally Burnham’s defense made one giant play after another. A clutch Jeremiah George interception of Casey Pachall with 5:11 to play put Iowa State in great position to win its first league game since Nov. 17 of 2012 (at Kansas).

But as it has done so many times this season, Iowa State’s offense stalled at a decisive time in the game. Kirby Van Der Kamp uncharacteristically shanked a punt at an inopportune time. TCU marched down the field and in excruciating form, Iowa State lost to the Horned Frogs by a 21-17 final.

This was like the Texas game, with a less big time feel, all over again (minus the blown call at the end).

Iowa State’s defense was borderline brilliant in the loss. For the most part, Burnham’s crew knew what TCU was going to do and when they were going to do it. The Cyclones forced two Pachall interceptions, both at critical times.

But the offense only mustered up 283 yards on the back of an odd two-quarterback rotation featuring Grant Rohach and Sam Richardson, who apparently has a new thumb injury that was discovered on Saturday.

“We can’t hit a home run to save our lives on offense,” a frustrated Paul Rhoads said on the Cyclone Radio Network’s postgame show.

The Cyclones are having a hard time getting base hits this season, yet alone home runs.

Iowa State’s offense only tallied 15 yards of total offense in 13 first quarter plays. The final mark on the day was 283 yards to TCU’s 368. The only touchdown that the offense scored came off of a successful fake punt in the second quarter (DeVondrick Nealy returned the second half’s opening kick for a touchdown to account for the other touchdown).

It doesn’t get any easier for Iowa State from here. The Cyclones will travel to face an angry Oklahoma team next Saturday at 11:00 a.m. 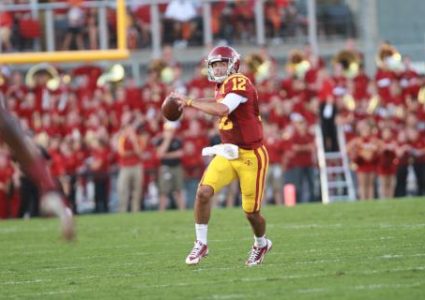