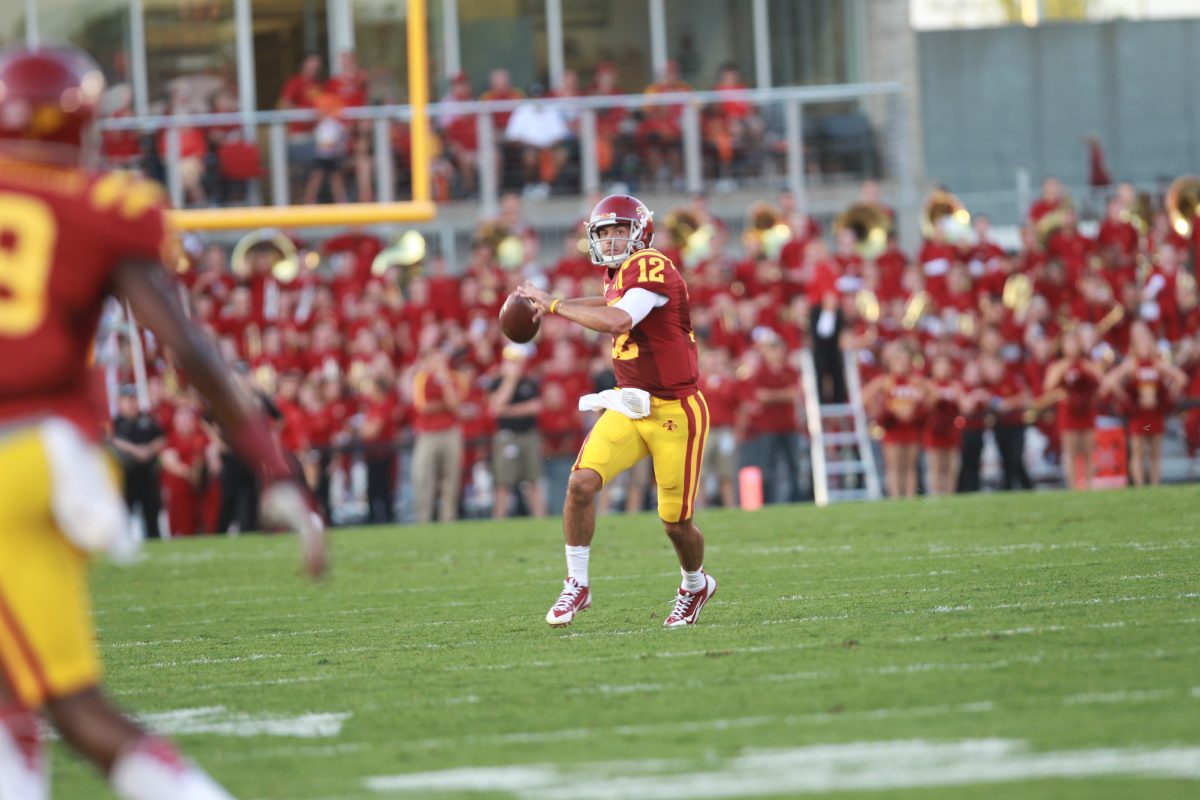 Northern Iowa came into a revved up Jack Trice Stadium and stole a season-opening victory from the Cyclones. The Panthers dominated the line of scrimmage in their 28-20 victory.

“Coach (Paul) Rhoads’ words, ‘We got outplayed. We got outcoached,”’ running back Jeff Woody said.

With fans hoping the Iowa State program is ready to take the next step, the outcome served as a humbling start. The better team won Saturday night.

Northern Iowa gained 457 yards of total offense, including 228 on the ground. David Johnson did almost all of the damage.

Johnson – a Clinton native – blitzed the Cyclones for 240 total yards and four touchdowns. Even when it looked like Iowa State had Johnson neutralized, he broke tackles for big gains.

Behind Johnson’s impressive effort, the Panthers jumped out to a 21-7 lead. The junior scored three first half touchdowns, including TD runs of 37 and 27 yards.

The Cyclones stayed close because of Sam Richardson. The sophomore hit Justin Coleman down the seam for a 59-yard touchdown strike for Iowa State’s first score. Later, Richardson showed touch with a perfect 9-yard pass to James White for another TD.

Unfortunately for Iowa State, the Cyclones squandered their best opportunities in the second half.

Trailing 21-14 after halftime, Iowa State looked poised to tie the game with first and goal on the 6-yard line. Instead the Cyclones went nowhere on the next three plays and settled for a 23-yard Cole Netten field goal.

The Panthers’ fumbled on their next offensive snap to set up another Iowa State scoring opportunity on the UNI 20. Iowa State settled for another field goal.

“Anything from the 20-yard line in is magnified,” running back Jeff Woody said. “Those mistakes are highlighted.”

There are a number of reasons Iowa State lost Saturday night. Sam Richardson is not one of them.

Richardson tallied 242 yards passing and 74 yards rushing. The sophomore connected on 22-of-32 passes.

“I thought he played well,” wide receiver Justin Coleman said. “He didn’t turn the ball over and that’s all we could ask for really.”

Richardson showed poised in the pocket and made smart decisions, especially in the first half. He left no doubt that he’s the guy for Iowa State under center.

One of the areas Iowa State struggled most was pass protection. That’s understandable with standout center Tom Farniok out.

Early in the second quarter, Farniok went down with a right knee injury. The junior couldn’t put any pressure on the leg, and sat on the sideline in obvious pain.

Thankfully, the injury doesn’t sound like it’ll be season ending. Rhoads said after the game that Farniok could be available to play in two weeks against Iowa.

Is the battle for starting kicker over? It might be after Cole Netten bested his counterpart Edwin Arceo on Saturday night.

Netten connected on field goals of 38 and 23 yards against the Panthers. Although he had the tougher tries, Arceo missed badly from 48 and 54 yards.

Arceo continued to handle the kickoff duties against UNI, but keep an eye out for who lines up for field goals against the Hawkeyes.

“We didn’t finish a lot of drives I feel like. We finish more drives, we have more points on the board.”

Deon Broomfield on Luke Knott, who had six tackles on Saturday after replacing Jevhon Miller.

“I think he turned around the defense.”

–       Jansen Watsen sat out Saturday’s game because of a violation of team rules.

–       The temperature at kickoff was 92 degrees, the warmest in Iowa State history.

–       Ames native Sam Tim had eight tackles and one sack for the Panthers. 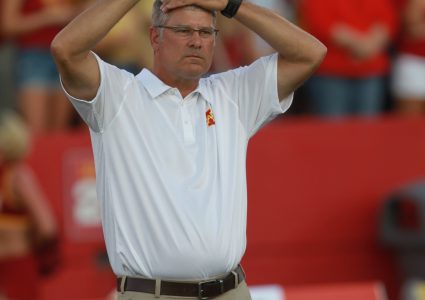