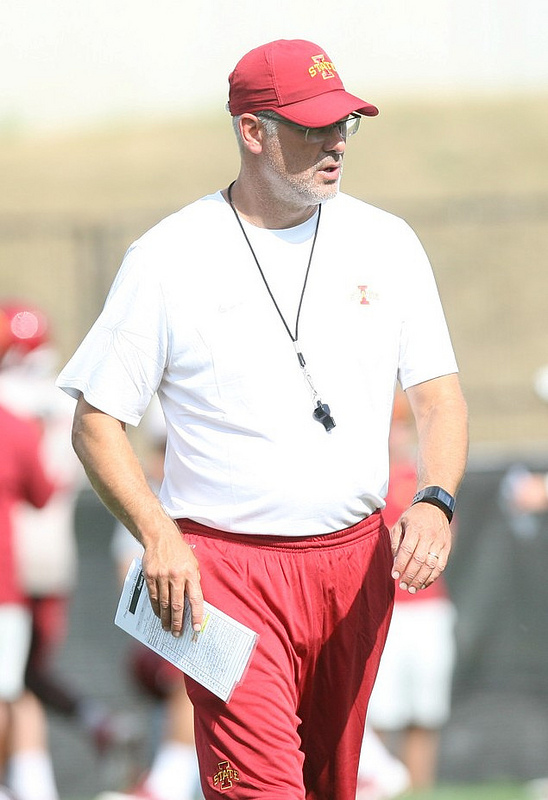 There is something refreshing about the start of a new football season. Everyone is still riding the high of summer, the heaviness of winter feels continents away and nobody has lost a game.

This season sets up like many for Iowa State, guarded optimism rules the day. Iowa Staters are a deliberate, reasonable group. Expectations are never fully out of whack, yet in the recesses of minds remains a twinge of unbridled hope. Maybe the Cyclones can pull off not just one upset, but several and turn the Big 12 upside down. The Cyclone Nation is not a greedy group, Iowa State faces the very real possibility of selling out each and every game this season despite not having a winning conference record in 13 years. There is a groundswell of support building; the progress of the program and its backers is unmistakable.

In 2004, Iowa State was a field-goal away from winning the Big 12 North – only 40,000 were on hand to see the unfortunate unfold against Missouri. Even when it appeared Iowa State was on its way to that Big 12 championship game, something was amiss. The Cyclones still lacked the aura and steadiness of a top-notch program. The atmosphere that day against Mizzou felt like a cheap, drive-through wedding in Vegas. The timing wasn’t right.

More pain followed as Iowa State staggered through missed chances, the end of the McCarney regime and the Chizik hangover.

However, the drive to relevancy remained alive and well.

The Cyclone Football program has rebuilt. After the system altering victories against Nebraska in 2009 and Texas in 2010, the Cyclone Nation held a welcome party for the victors. Droves of joyous Cyclone fans milled about in shock at the unfamiliar accomplishment. Their Cyclones can and will compete. This could become the norm.

The drum-beat of growth took another unexpected leap forward the next season against Oklahoma State in Jack Trice Stadium’s finest hour. Iowa State’s best can beat anyone.

The Cyclones had crashed the party, but weren’t quite part of the club. 2012 miss-steps against Texas Tech, K-State and West Virginia reminded us this was never going to be a quick fix, there is no "aha!" moment in college football.

Led by Rhoads’ relentlessness, there is a strong sense the corner is turning from occasional burst to steady success.  When you walk into Jack Trice on Saturday night, take a minute to ponder how much has changed on the field, in the stands and in your mindset; the expectation of failure hijacked by confidence. The stage is nearly set.

Nothing is guaranteed in any walk in life. Those who rely on destiny to climb the ladder end up stuck in perpetuity. In order to reach the upper-half of the conference, the Cyclones are going to have to earn everything, starting with a brawl with UNI. Longevity, continuity, Wally Burnham’s wizardry and the mysterious Pistol can only do so much. Time to go to work.

Amongst the football complexities of break-neck offensive schematics and exhaustive statistical analysis lies the constant : twenty-two men boxed in by the same 1920’s parameters in a game of hide and seek. One on one battles over sixty minutes present a true winner; luck rarely shows its face.

The simplicity of the game of football and the camaraderie it develops is unmatched. Nobody agrees on anything anymore. We are in a place in time where being combative and disagreeable trumps civility. Despite this, in Ames on Saturday night, almost sixty thousand people will share a singular voice in support of their Cyclones. Strangers become neighbors, the young and old unite and everyone gets the familiar first game chills. There is no better place in the world.

We are on the cusp of a new beginning. The unknown creates waves of nerves and excitement.

What does 2013 have in store for the men in Cardinal and Gold? Is this the year? We will find out as one.  See you at the Jack.