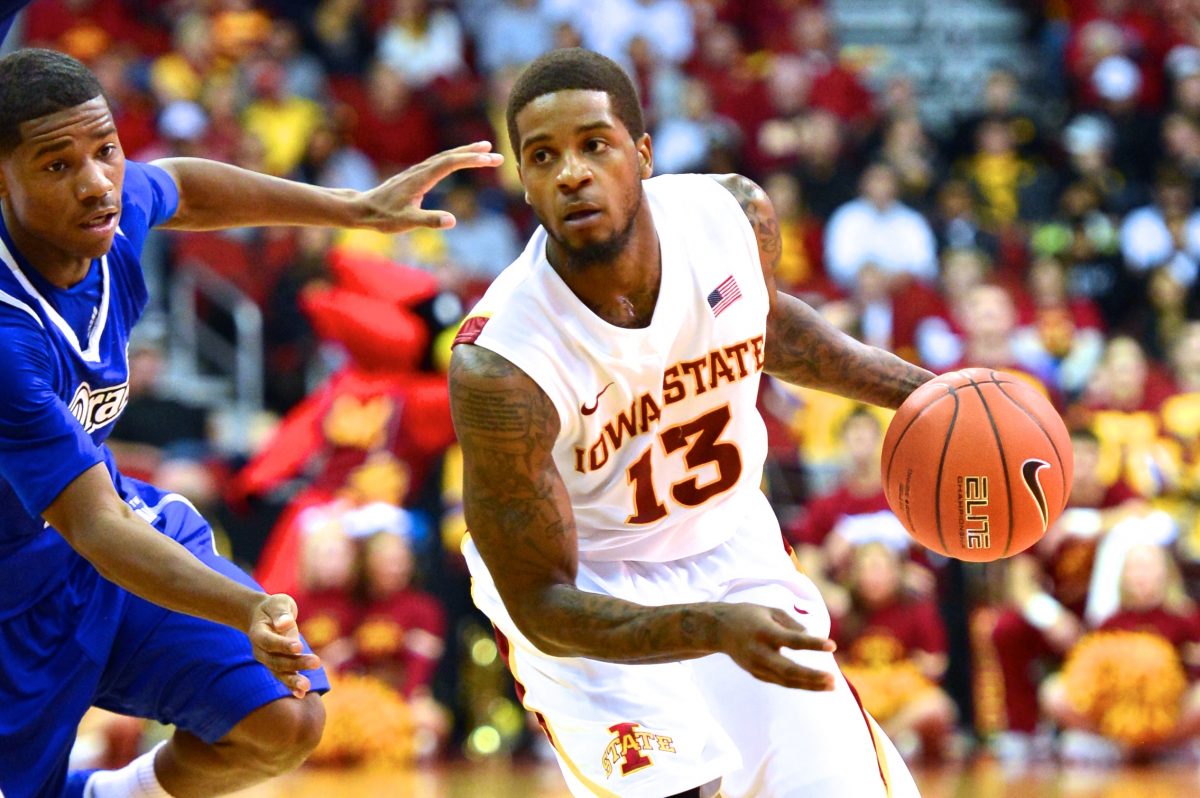 Games just don’t get much more important than this bad boy.

By all means, Iowa State is a bubble team entering its final two games of the 2012-13 regular season. However, the Cyclones have a golden opportunity ahead of them tonight when No. 13 Oklahoma State comes to town. This is an Oklahoma State team that has won 10-of-11 since Jan. 26, including a 78-76 win over the Cyclones in Stillwater on Jan. 30. Oklahoma State’s only loss during that span was in double-overtime to Kansas on Feb. 20.

Knocking off the red-hot Cowboys just might be Iowa State’s ticket to the Big Dance.

A handful of reasons have contributed to Oklahoma State becoming one of the Big 12’s elite teams over the last two months. None are larger than freshman point guard Marcus Smart, who is making a strong case to be the Big 12’s Player of the Year. Smart, a bulky point guard at 6-foot-4, 225-pounds, is averaging 14.6 points, 5.6 rebounds, 4.3 assists and 2.9 steals per game this season. The man is the definition of a stat-stuffer.

“You can make an argument that he is the most valuable player in our league just with everything he has done to impact the winning at Oklahoma State,” said Iowa State head coach Fred Hoiberg. “He does such a good job of making the right play. That is the most impressive thing about the kid is how he goes about his business and how he goes about making easy plays to make them a very good basketball team.”

Smart scored 21 points while going 9-of-15 from the field against Iowa State the first time these two teams met.

In addition to Smart, there’s that LeBryan Nash guy. This potential lottery pick dropped 18 on the Cyclones in round one. He always seems to play well against Iowa State too. Nash scored 21 and 18 against Iowa State in both games last year.

But what about the guy who Hoiberg referred to as maybe the most underrated player in the Big 12? That’s junior Markel Brown, who happens to be leading OSU in scoring at 15.7 points per contest.

“He is a freak athlete. He can shoot it from deep,” said Hoiberg. “He is very difficult to guard coming off of those screens and actions that they run.”

For the most part, Iowa State held Brown in check in the first meeting. He only scored 12 points on that night.

When it comes to raw talent, there might not be a more impressive team in the Big 12 than Oklahoma State.

It is basketball 101. Score more points than the other team.

Iowa State has half of that equation down to a tee. The Cyclones can score the basketball better than pretty much everyone in America. Iowa State is currently averaging 79.7 points per contest, four points more than any other squad in the Big 12.

Being that this game is being played at home, assuming that the Cyclones will put up points isn’t that dangerous of a thing to do. It’s that other side of the ball that is the issue.

“We have to find a way to string together stops. We obviously have not done that,” said Hoiberg. “We have to find a way. If you don’t string together stops, you saw our offense was as good as any team has played against a Bill Self team. You just can’t get enough stops to win that game. It is going to take a great effort offensively but defensively we have to take a big step in the right direction.”

In Iowa State’s defense, the Cyclones have seen some rather remarkable performances by guys you wouldn’t suspect them from over the last week. Kansas’ Elijah Johnson was averaging 8.4 points per game in league play heading into last Monday. The senior dropped 39 on Iowa State. Oklahoma’s Sam Groom, who is averaging 4.8 points per game this season, had 19 on Saturday.

“We wanted to make guys hit shots who hadn’t been hitting shots on a regular basis,” said Hoiberg. “To give them credit, they did that. At the same time, our urgency and our closeouts and stunting towards the guy, it just was non-existent. You have to make a team somewhat uncomfortable and they just came down and did what they wanted.”

As much respect as I have for Oklahoma State, I’m just not going to predict this Iowa State team to lose two home games in a row – especially when you consider that tonight is Senior Night. No way.

Crazier things have happened. Oklahoma State actually matches up fairly well with the Cyclones, in my opinion better than Kansas does. Honestly, this is the last team in the Big 12 that I’d like to see roaming into Hilton Coliseum at this point in the season. Having said that though, tonight’s game comes at the perfect time. Iowa State NEEDS another win over a top 15 team. Beating Oklahoma State in March would send a strong message to the committee.

The guy who scares me tonight is Oklahoma State’s freshman, Phil (bleeping) Forte. He’s a 35 percent 3-point shooter that dropped 17 on Iowa State in round one. Guys like Forte always seem to get loose vs. Iowa State. That’s a concern.

Still, I fully anticipate the energy inside of Hilton to rival last Monday’s game against Kansas. It is Senior Night. I didn’t sense that this team was panicking after Saturday’s loss at all early in the week.

I like Iowa State to win and ultimately, be “in” the Big Dance.