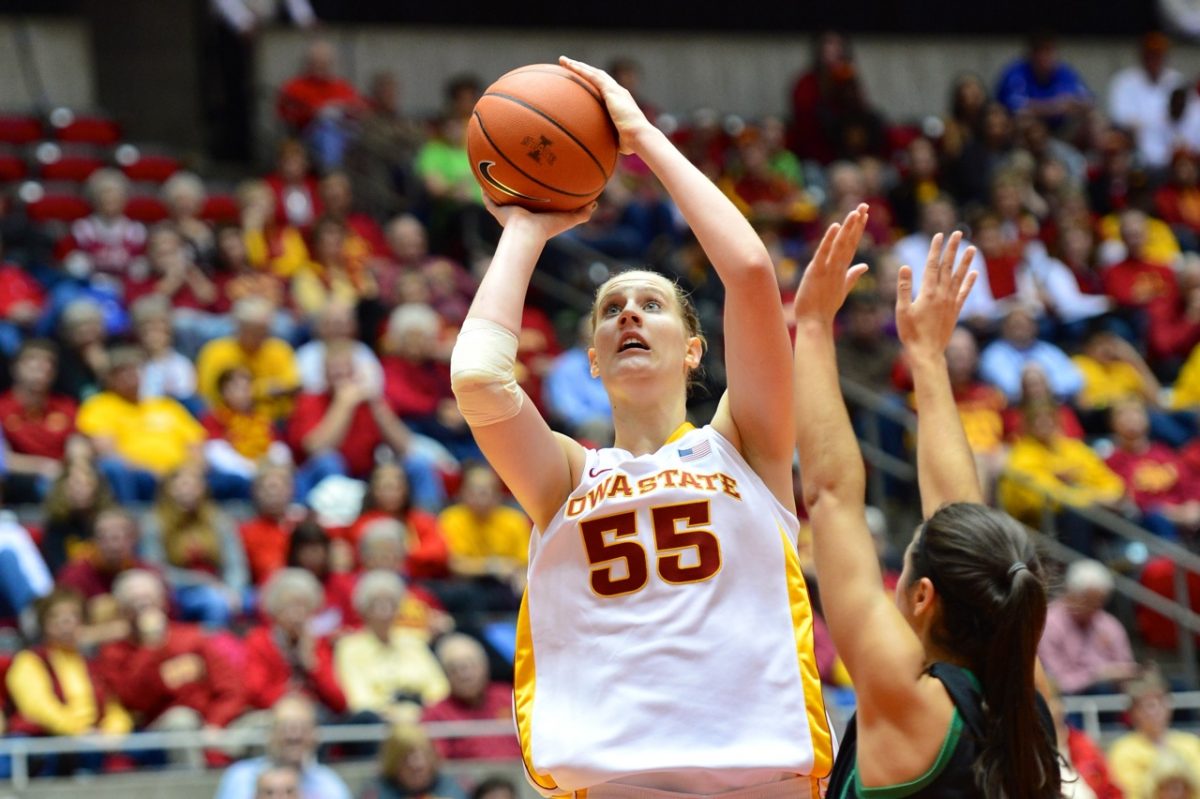 DALLAS – There would be no déjà vu this time. Iowa State (23-7 overall) led Oklahoma (22-10 overall) at halftime by 19 points Sunday, the same intermission deficit the Sooners overcame Saturday to best West Virginia in a Big 12 Conference Tournament quarterfinal at the American Airlines Center . But OU never got closer than 18 points in the second half vs. the Cyclones, falling to a dominant Iowa State squad, 79-60 in the second Big 12 Tournament semifinal. The victory marked the first time a Cyclone team has ever beaten Oklahoma three times in one season.

The Cyclones got a monster game from Anna Prins, who scored a career-high 32 points and grabbed eight rebounds to lead her team to the championship game of the Big 12 Conference Tournament Monday against No. 1 Baylor. That game will tip-off at 7 p.m. CDT on Fox Sports Net. Prins was the first Iowa State player to reach the 30-point, single-game plateau since Alison Lacey in 2010.

"This win was much like yesterday (over Kansas), ‘do what you do best,’" Iowa State head coach Bill Fennelly said. "Anna played the best game of her career. Anna, Chelsea (Poppens) and Hallie scored 56 points and made 27 rebounds. Anna and Chelsea (Poppens) are playing like seniors who are running through the finish line, they won’t coast in. It’s coming all together for them."

The 6-7 Prins got the best of 6-6 center Nicole Griffin of Oklahoma. The Cyclone’s previous point high was 25 against Marist in the 2011 NCAA Tournament. Iowa State simply overwhelmed the Sooners, outrebounding OU 43-29. Chelsea Poppens scored 14 points and grabbed a game-high 10 rebounds and Hallie Christofferson had 10 points and nine boards as Iowa State outscored the Sooners 42-22 in the paint. The Cyclones led by as many as 26 points in the second half. Iowa State held Oklahoma to 22-of-62 accuracy from the field (.355).

Oklahoma took an early 10-7 lead on a three by Joanna McFarland with 16:22 left in the first half. The Sooners would not score again for nearly eight minutes. Iowa State hit a trio of threes during that time and was winning the battle of the boards. The Cyclones scored 17 straight points to lead 24-10 before Ellenberg hit a trey at the 7:55 mark.

Oklahoma was cold in the first half, hitting just 8-of-29 from the field (.276) and Iowa State dominated the first-half boards, 27-9. A pair of free throw by Prins, who had 15 first-half points, gave the Cyclones their biggest first-half lead at 39-17 with less than two minutes remaining before the break. Iowa State led 41-22 at the half.