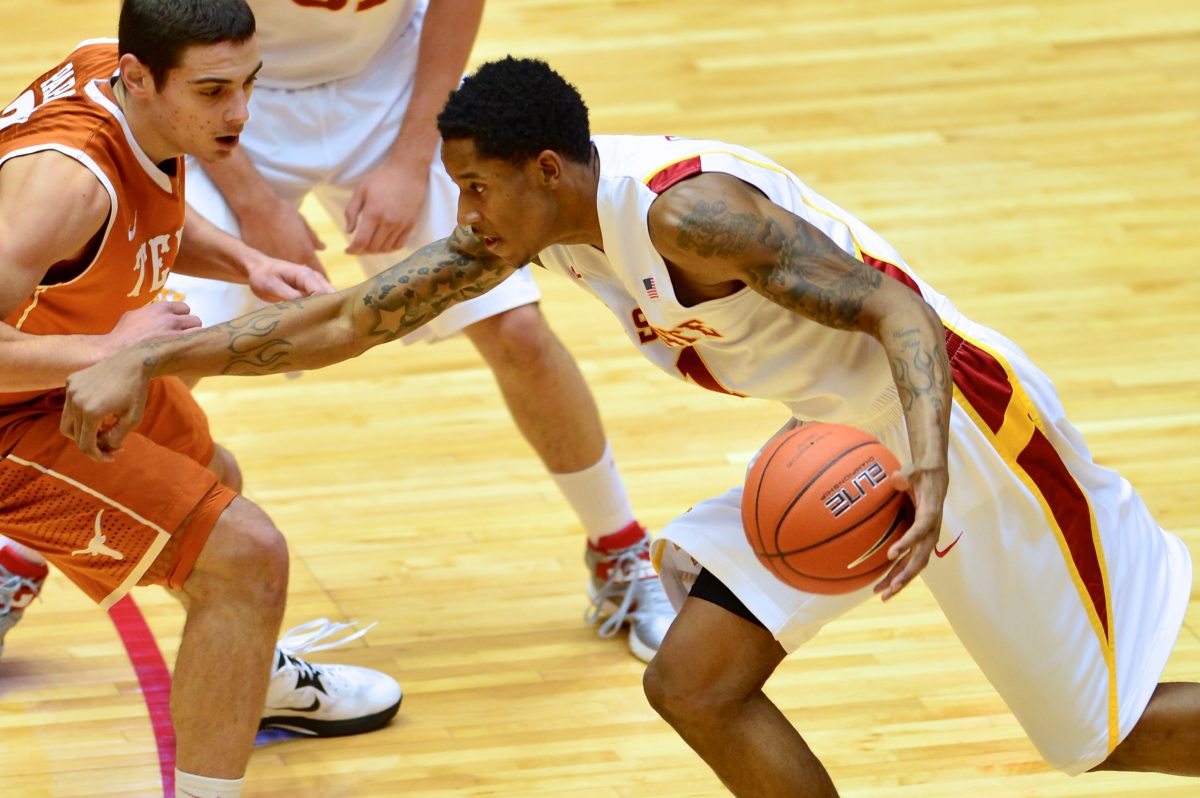 This isn’t Allen Fieldhouse we are talking about here folks.

If you got a chance to tune into TCU’s recent 67-54 home loss to Kansas State on Wednesday night, you know exactly what I’m talking about. TCU’s Daniel-Meyer Coliseum resembled a library more than it did a basketball arena.

Do you remember the days when really good Iowa State teams would go on the road and sometimes lose to really bad Colorado teams? Some of those match-ups weren’t even close. Often times two Cyclones had more talent than the 13 Buffaloes combined. But it was that morgue of an arena often times lulled the Cyclones to sleep.

There’s no doubt that this is a different era, a different team with a different coach – but Saturday’s road trip to Fort Worth at the very least has my attention, despite the fact that TCU is currently 0-4 in Big 12 play.

I asked Iowa State assistant coach Matt Abdelmassih about this on Thursday night’s Cyclone Fanatic Radio Show. These are two long quotes but capture the essence of my point.

“Fans get excited about the high level that we played at in Allen Fieldhouse and if we play like that, we have a chance to be great. Well, we’re probably not, in reality, going to duplicate the focus, the energy, that we played with that night because it takes that special type of focus and energy and effort to even come close to beating the best team on their home court. Being real, yeah, we’re going to have to come out with a certain type of focus. It has got to come close to what it was in Allen Fieldhouse because we know the environment is probably not going to be very ecstatic. They are a program going through a rebuilding stage and we’re going to have to come out and play with that focus that we try and tell our guys that we need to on a consistent basis. We struggle with that. Clearly the ongoing struggle of starting games crisp and sharp coming out of the gate. We’ve got to do that against TCU.”

“There’s no doubt. The focus in Allen Fieldhouse was as sharp as you can possibly have. You only wish that as a coach, you could bottle that up and just open that bottle up before every game and say ‘let’s go do it.’ If that was the case, we’d probably be 17-1 or 18-0. We don’t live in that world. We know what we are up against. Regardless if they are a bottom level team or not, it is still a road game like you guys mentioned and if that focus is there, we know we are comfortable enough to go into any environment and play like we did in Allen Fieldhouse and come up on top.”

Those quotes say it all. Sleep walking is very, very frowned upon in the Big 12. It’s really the only concern that fans shoud have about this basketball game.

Breaking down the Horned Frogs…

This is happening to TCU for a couple of reasons. The first and most obvious is that first-year head coach Trent Johnson doesn’t have much Big 12 talent on his roster. With time, that will come in a recruiting rich state like Texas. This is a below average Mountain West team trying to compete in the Big 12 right now – a tall task indeed.

TCU’s best win of the season is probably a 68-57 triumph over Southern, a team that Iowa State beat in its season-opener. Note that Southern is currently 6-0 in SWAC play and is a favorite to get that league’s bid to the NCAA Tournament.

As noted above, I’m weary of the atmosphere that Iowa State will be walking into on Saturday afternoon. The Cyclones have way more talent than TCU. It isn’t even close. This game shouldn’t be close. But weird things happen in college basketball. Iowa State is coming off of playing a game in Allen Fieldhouse and two in a raucous Hilton Coliseum. How will the Cyclones respond to playing in front of three thousand people? I honestly have no clue.

Regardless, something wild would have to happen for Iowa State to lose this game. As we saw in Wednesday’s win over West Virginia, if one or two Cyclones are off, on any given night there are three or four other guys who are very capable of picking up the pieces.

The chances of Iowa State’s top six all being “off” on the same day is rare.

TCU will bleed the clock and keep it close for 30 minutes, but the Cyclones will have too much firepower in the end.