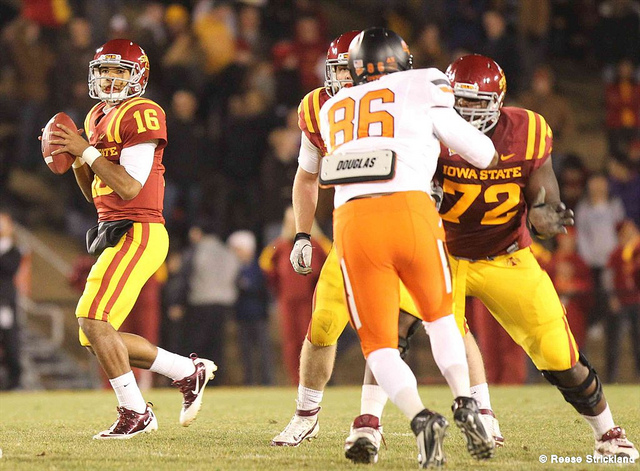 According to a university press release, quarterback Jared Barnett and linebacker C.J. Morgan are leaving the Iowa State football program.

Barnett, a Garland, Texas, native, played in 16 games during his Iowa State career. He most memorably led Iowa State to its 37-31 double-overtime upset win over second-ranked Oklahoma State in 2011.

“Jared has had some great games in a Cyclone uniform and we will miss his character in the locker room and on the field,” Rhoads said in the release. “We respect his decision.”

Rhoads said that Morgan will be transfering to a school closer to home.

“C.J. has some family health issues that have made him want to play somewhere near home,” Rhoads said. “Family is always first and we wish him the best.”

Morgan recorded 12 tackles during the 2012 season.

Stay tuned to Cyclone Fanatic for more reaction to this story later in the day. 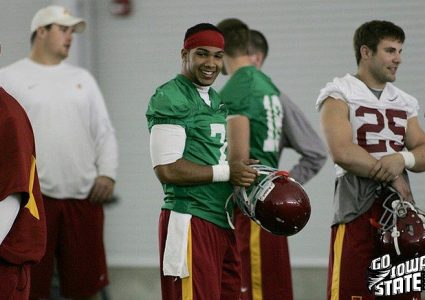