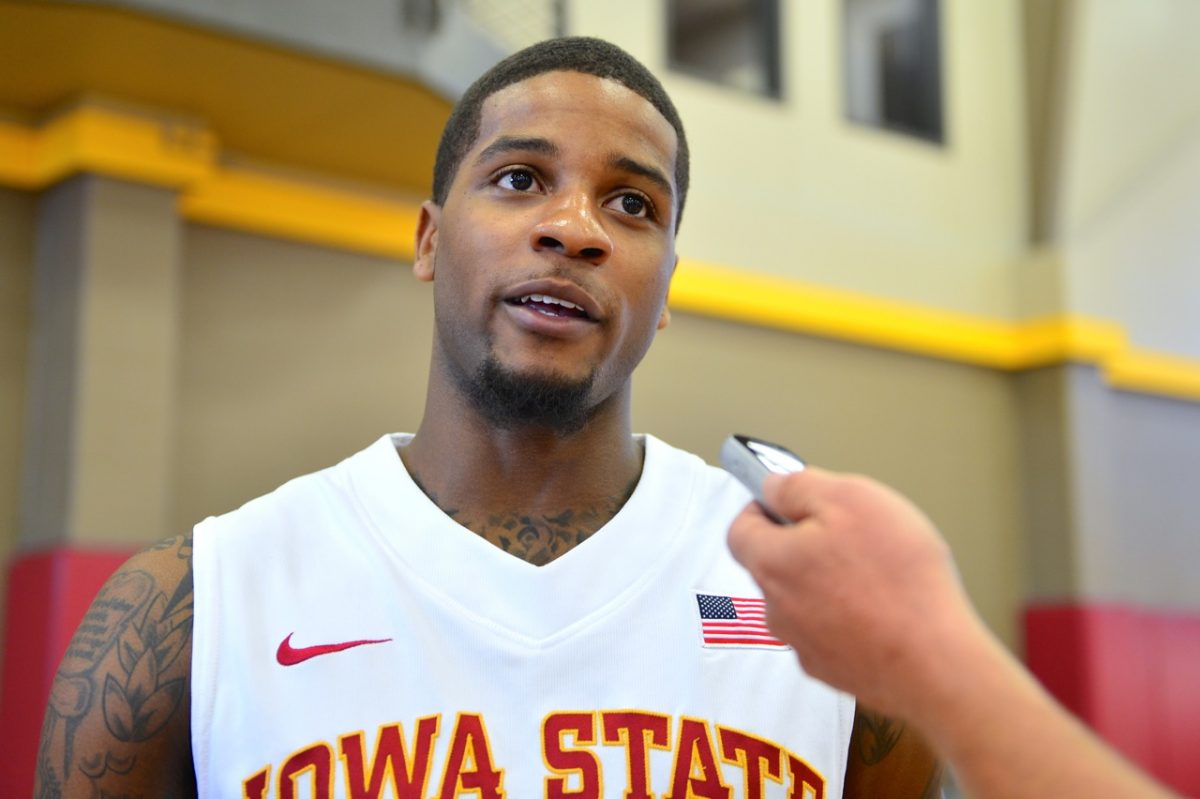 AMES — In the game of life, Korie Lucious is still a very young man.

Long grew up watching Lucious play at Michigan State. In fact, Long was a fan of the Spartans as a kid. Why? Lucious’ legendary buzzer-beater 3-pointer that sent the Spartans to the Sweet 16 in 2010 had a lot to do with it.

When Long initially committed to Iowa State, Lucious’ presence in Ames was one of the big reasons why. He wanted to learn from the best.

“It kind of makes me feel old but I’m honored,” said Lucious on Media Day. “For him to look up to me and choose this school sort of because I was here, I just feel greatly honored and appreciated of the opportunity that I am going to have to be able to tell him everything I have learned throughout the years.”

Long, who North Pole Hoops ranked as the 7th-best prospect to come out of Canada last season, wasn’t the only member of Fred Hoiberg’s 2012 recruiting class to become a Cyclone partly because of Lucious being on the roster. It played a role in Georges Niang’s decision too.

“That was one of the reasons why I really seriously took in Iowa State,” said Niang. “Coach told me that (Lucious was there) when he was recruiting me. Knowing that you’re going to get a solid point guard to get you easy buckets, who wouldn’t want to play with a guy like that?”

Lucious and Long share a special bond due to the fact that they play the same position. The plan is for Long to be Lucious’ replacement as lead floor general next season, especially with the unknown status of junior Bubu Palo.

“He’s been working hard,” said Lucious of Long. “He’s 6-foot-4. Being able to shoot the ball and make decisions like that at that size, it is hard. He’s been doing a great job at it.”

The fact that Long stands tall at 6-foot-4 brings up an obvious comparison to former Iowa State point guard Diante Garrett, who coincidently grew up with and is close friends with Lucious.

“When I started getting recruited by Iowa State I did some research and Diante is definitely someone who I would love to model my game after,” said Long. “I played against him in the Cap City League. He’s a very quick guard too. Him and Korie have similar games when it comes to ball handling. I do try to break it down and try and add parts of his game to mine.”

One thing is certain. Long will be a better player after watching and learing from Lucious for the first season of his college career.

“He’s like my big bro. He’s a little smaller than me and faster than me so for me to guard him in practice is really hard but it’s a great experience,” said Long. “He’s not just trying to beat me, beat me, beat me down. He’s beating me but he is picking me up and giving me pointers on what not to do the next play. Stuff like that. The fact that I am with a top point guard like him is a great experience.”

Korie Lucious is officially a Cyclone