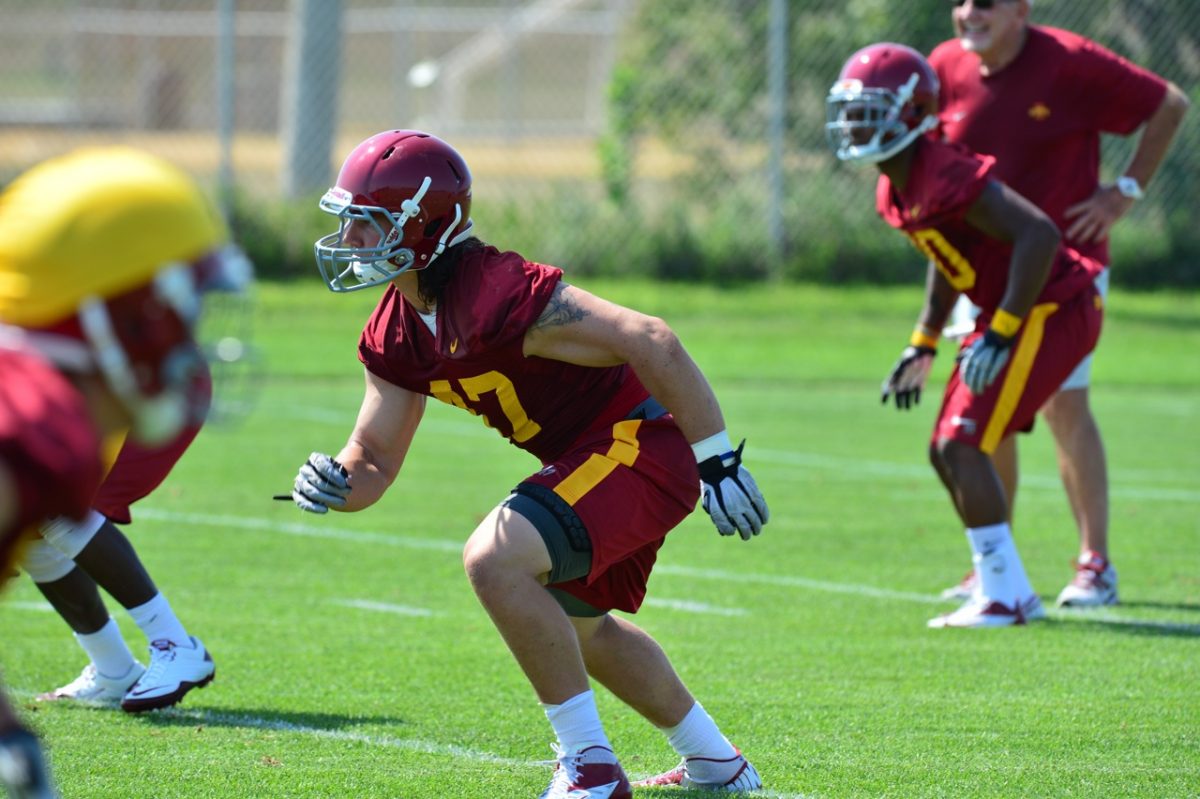 AMES — I generally try to not write about topics like this during the Iowa State – Iowa week, but senior linebacker A.J. Klein’s remarks during today’s media session were to classic to keep off of the front page.

When a reporter asked Klein what he thought about Iowa State students wearing Iowa shirts on campus, this is how the All-Big 12 linebacker responded.

“It’s irritating," Klein barked without hesitation. "You should have pride in your school and where you go. I don’t care if you go out of state."

Klein grew up in Wisconsin. He was a Badger growing up.

"It doesn’t mean anything. I don’t like Wisconsin," said Klein. "I’m an Iowa State Cyclone. I always will be and I am always going to support my team, my school and my University. I think it is a punch to the jaw if you are a school here and you don’t support your own team.”

It isn’t just Iowa either.

“It’s all schools. It’s any Big 12 school. It’s any SEC school," said Klein. "I see people walking around with Alabama stuff on. It’s like, ‘you go to Iowa State for a reason. Support your school.’”

Klein admitted to making a subtle remark to others every once in a while.

When I asked Klein if these random students came back at him, the 6-foot-2, 244 pound linebacker simply smiled, which I assume meant no.

Klein’s bash brother Jake Knott said that he’s seen a "culture change" regarding this topic from the first day that he stepped on campus.

“You can definitely see a culture change from the first years of being here," said Knott. "There is hardly any of that other than guys who are looking for attention. There are a lot smarter people on campus I guess you can say.”

Those not-so-smart people better avoid No. 47 this week. If you’re a freshman from Cedar Rapids wondering through the Memorial Union, just stay away from the man. It’s the smart thing to do.