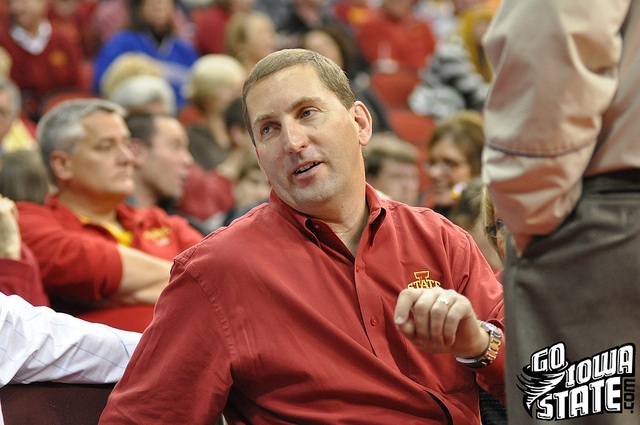 One of my favorite movies of all time is Tommy Boy.

For you young pups who haven’t seen it – shame on you. Tommy Boy is the story of Tommy Callahan, an overweight hooligan who spent seven years in college taking bong rips and other debaucherous behavior before mercifully graduating and entering the real world. He was expected to coast as the heir apparent into his father’s successful brake-pad business. But after his dad passed away suddenly, Tommy faced the challenge of finding his way in the cruel and often unfair world.

Somehow, someway Tommy learns from a series of comical mistakes and grows into a successful and competent adult.

In some convoluted way, the Iowa State athletic program is smack dab in the middle of the Tommy Callahan life curve. And I think the Cyclones are on their verge of taking over the break-pad business Tommy Boy style.

Rewind to the fall of 2002 with me. The Cyclone athletic program had just experienced the apex of their existence. The men’s basketball program was coming off two Big 12 titles in the previous three years. The women’s basketball program had made five straight NCAA tournaments and had won the Big 12 tournament the two previous years. Cael Sanderson just wrapped up his career as the most dominant college wrestler of all time. And the Seneca Wallace led Cyclones were on an unprecedented stretch of impressive football, winning six straight games and vaulting all the way to No. 8 in the nation. The Cyclones were cruising…or so we thought.

Richard Hayden: [Walks in] Oh, I’ve interrupted happy time! Now I know you want to sit there and keep being not slim, but we gotta work a little today.

But as quickly as Tommy’s dad, “Big Tom Callahan,” collapsed on the dance floor in the movie, the Cyclone athletic program dismantled like a house of cards. It all started on a rain-drenched afternoon in Norman, Oklahoma. The 8th ranked Cyclones were humiliated by the Sooners 49-3 in October 2002 as things completely unraveled. It was the first groin-shot of many to come.

The next six years of Iowa State athletics were an alternating pattern of promising starts and crushing finishes. Even the immensely consistent Cyclone women’s basketball team missed the Big Dance three out of four years during the stretch. Anytime it appeared the Cyclones were about to turn the corner and take a step ahead as an athletic program, they crashed… hard.

Tommy: Let me tell you why I suck as a sales man. Let’s say I go into a guy’s office, let’s say he’s even remotely interested in buying something. Well then I get all excited. I’m like Jojo the idiot circus boy with a pretty new pet. Now the pet is my possible sale. Hello there pretty little pet, I love you. And then I stoke it, and I pet it, and I massage it. Hehe I love it, I love my little naughty pet. You’re naughty! And then I take my naughty pet and I go… Uuuuuuh! I killed it! I killed my sale! And that’s when I blow it.

And just as Rob Lowe tormented Tommy in the movie, Gene Chizik moved to town and played the role of the Cyclones evil step-brother. (Lowe and Chizik do have a resemblance.)

It was disheartening. Chizik, Wayne Morgan and Greg McDermott all had the best intentions of turning Iowa State’s marquee sports in the right direction, but bad luck and unfortunate mistakes eventually doomed all. Yet just like Richard Hayden (David Spade) stood by Tommy, the Cyclone faithful churned ahead and stood behind Jamie Pollard’s vision.

Iowa State extended Bill Fennelly to a lifetime deal in 2007, hired Paul Rhoads in December 2008 and Fred Hoiberg in April 2010. The foundation started to settle, Tommy was making a few sales. The overall health of the athletic program began to show. The Iowa State Olympic sports emerged, with the volleyball squad erasing decades of ineptitude to become a conference power. The women’s basketball program climbed back up the mountain by returning to the NCAA tourney in 2007 — they have been every year since.

The positive momentum was gradual, but evident. In year number one, Paul Rhoads slayed his first dragon in Lincoln, Nebraska and capped the year by winning the Insight Bowl. Fred Hoiberg was hired and immediately went to work piecing together the most talented practice squad in America.

Tommy was starting to get in a groove.

But like a Tom Osborne call to the Big 10, Tommy’s step-mom and step-brother back-stabbed him at the worst time. Nebraska and Colorado exited the Big 12, Texas and company flashed their skirt to the Pac-10, and suddenly it appeared Iowa State was going to be relegated to the Big East or worse. The brake-pad factory was in serious jeopardy and the talking heads were more than happy to rub it in.

Tommy: I thought they were on my side.

Richard Hayden: They figured they had something to gain if the factory was being closed.

Tommy: Boy this is the worst. My so called family deserts me. I’ve lost the factory, the town’s going under and I’m out of a job. [the park bench collapses]

Tommy: Could’ve done without that.

The Big 12 collapsing would have had disastrous consequences. But thankfully, the Big 12’s “Forgotten Five” teamed up to persuade the big boys to nix the deal to the Pac-10 and hang around. An expansive TV contract, some Horned Frogs and Mountaineers later and Iowa State has never been in better financial shape. The factory is back in business.

Since the end of the tumultuous Big 12 missile crisis, Iowa State has taken off. Jamie Pollard’s vision that once seemed so distant is starting to become a reality. The facilities are being updated to this century. Paul Rhoads has his deepest team yet this fall. Fred Hoiberg is the reigning Big 12 Coach of the Year and is coming off Iowa State’s first NCAA tournament in seven years. Bill Fennelly has the women’s program in a stretch of tremendous consistency. Not to mention the continued surge of the volleyball squad and several other Olympic sports.

Iowa State has assembled a stable of coaches and athletic administrators that are in it for the long haul. Stability reigns.

It is all setting up for the next step. The Cyclones have endured the harrowing growth spurt and appear to be rounding into a well-adjusted adult.

Cyclone Fanatic has endured a similar growth pattern and is in place to become even better than ever. Big credit to Jeremy Lind who originated this monster back in 2006. Chris Williams took the torch in 2009 and sprinted Usain Bolt style to the place where we are at today, with a big assist from the site’s ownership and sponsors.

Ten years after the apex of Seneca Wallace and Jamaal Tinsley, somehow, someway we are poised for the next Cyclone Revolution. Hop on board and enjoy the ride. 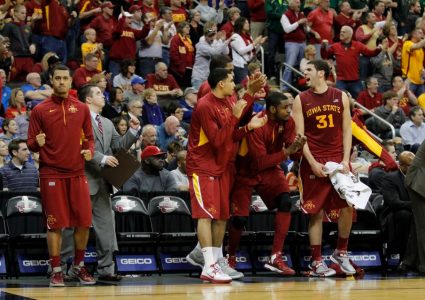