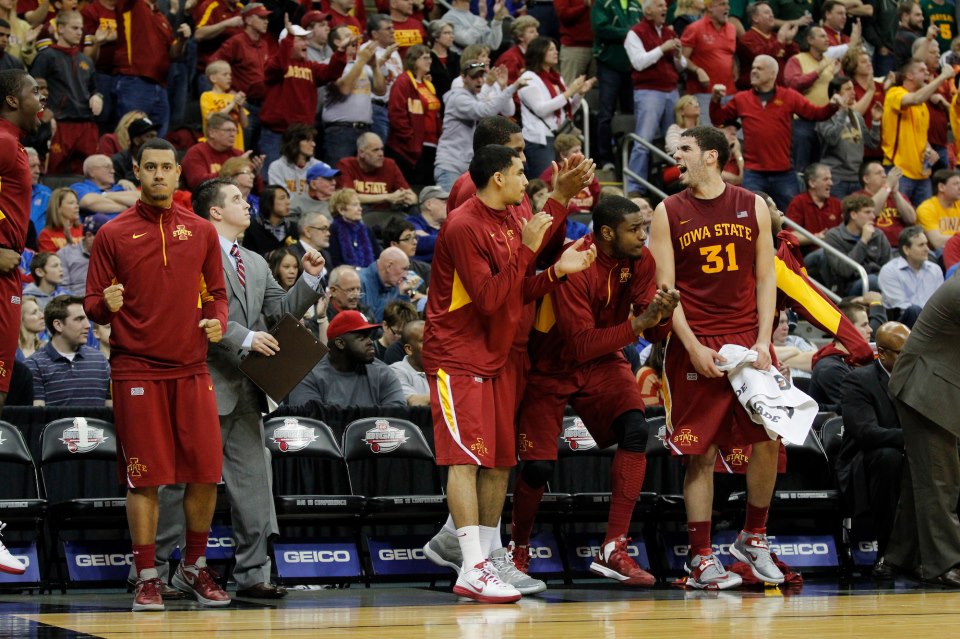 For once in the painful history of Cyclone existence, the Cardinal and Gold get a chance to avenge. With eight minutes to play against Oklahoma and trailing by 12, the Cyclones appeared dead and destined for the fringe of the bubble. But like any bad B-list movie, Fred Hoiberg’s crew came to life at the last second and survived and advanced to meet the big boss Jayhawks.

Somehow, someway Iowa State found a way to win. In the first 30 minutes against OU, the Iowa State offense was about as attractive as Charlie Weis in a speedo. The Sprint Center slump had a choke hold on them. Iowa State was an unfathomable 2-of-18 from downtown to start the game. How cruel to fall victim to your own sword at the most inopportune time.

But coincidentally, Iowa State’s hero on this day was another three – Melvin Ejim. The junior kept the Cyclones afloat and within striking distance with his unsung work in the dark alleys of the paint. Ejim grinded away and got bucket after bucket amongst the OU timber.  He kept the door ajar for the barrage of late offense to knock it down. Ejim finished with a career high 23 points, 12 rebounds and a Marcus Fizer-esque bank-in runner at the end of the shot-clock  to give Iowa State the lead for good. It was a statement play in a spectacular performance for Ejim.

The slump-busting win sets the table for one the most anticipated conference tournament games in Cyclone history.

It is not common in life to get a second chance at a big opportunity, it is nearly impossible to get a third.

Part one of the trilogy was stolen from the Cyclones by a banked-in shot at the horn, part two hijacked by two officials and the feeblest of non-decisions, an end-result that grows more sour by the day. The turn of events against KU on February 28th was robbery and the Big 12 admitted as much. (By the way, we have yet to see officials Tom O’Neill or Bert Smith in the tourney yet…I’m sure that’s just a curious happenstance.)

Cyclone fans get used to taking kicks to the groin, but there have been enough over the years to fill a YouTube compilation video that would make the guys from Jackass squeamish.

Cameron Dollar’s floater over Cato, Michigan State, Hampton, The Phantom 3 at the Phog, Big 12 North winning field goals, the fake PAT against Nebraksa…I could go on, but you get the point, not enjoyable.

Normally the pain lingers for days, weeks and sometimes longer than that. You never really get over it, but you come to accept the inherent torture that comes with following the Cyclones.

Lately though the page seems to be turning. Slowly, Iowa State is removing skeletons from the closet that have hovered over them for years. Paul Rhoads has meticulously tackled streak after streak on the football field.

Fred Hoiberg is tallying some of the same defining wins. Thursday’s win against OU removed another skeleton. The win ends the Big 12 skid and cements Iowa State’s place in the NCAA tourney. The Cyclones can now let it loose against KU. For the first time in months, the heaviness of losing is not palpable with this club or the fan-base. A relaxed and free-flowing Iowa State team is a scary one to face.

For an athletic program that felt like it was backpedaling on defense for so many years, it is going to be enjoyable to see the Cyclones be the aggressor. There is no fear of defeat, just opportunity for success.

In those bitter defeats of the past to UCLA, Michigan State, Hampton, etc., Iowa State had no second chance to account for mistakes and erase the heart-break. Yet, here we are less than twenty days from the latest act of Cyclone cruelty and Iowa State has regained control of the consequences. It is a nice change of pace in this new attack era of Cyclone athletics.

No pressure, just some minor Jayhawk vengeance. Here’s hoping the third part of the Trilogy has a Cyclone ending. 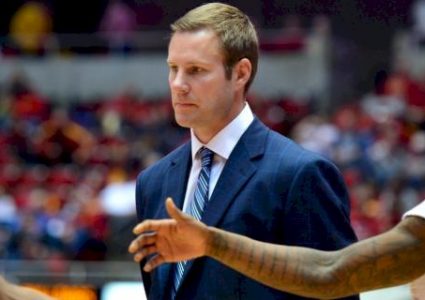 Blum: Another Chapter in Cyclone Pain 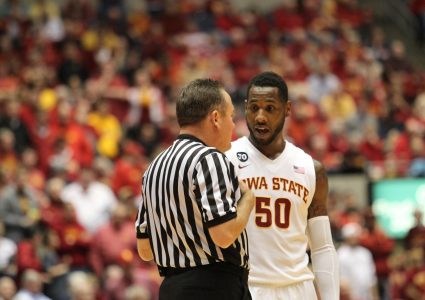