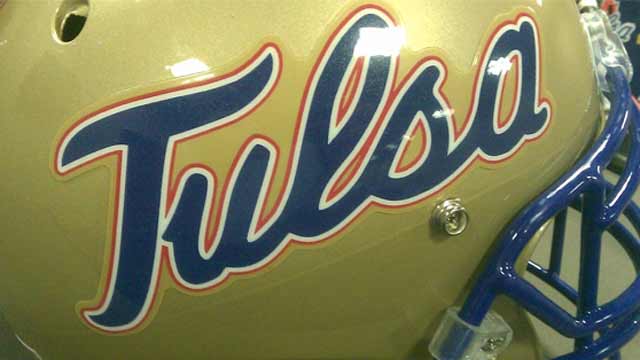 Fresh off of an 8-5 season and a 7-1 mark in Conference USA, the University of Tulsa enters 2012 with their eyes set on 10 wins and a conference championship in head coach Bill Blankenship’s second season.

A huge key to the success of the Golden Hurricane over the past three years has been the play of star quarterback G.J. Kinne. The 2010 Conference USA Offensive Player of the Year, Kinne has graduated and his heir apparent is a name many Cyclone fans may be familiar with – former Nebraska Cornhusker Cody Green. Following an excellent spring game in which he went 8-9 passing with three touchdowns, Blankenship named Green (6-foot-4, 247-pounds) the starter.

Tulsa runs an extremely up-tempo spread and likes to stretch its opponents horizontally to open up running lanes for its speedy backs. Offensively, they might remind fans of the Oregon Ducks. A pair of juniors, Ja’Terian Douglas and Trey Watts, have flashed the explosiveness to be difference makers in any game. Douglas gained 883 yards (fifth in Conference USA) on nearly eight yards per carry, highlighted by eight 20-yard outbursts and a 194-yard outing against Marshall. Watts came in just behind him with 881 yards on the season and added a kickoff return touchdown as well. Ball security has been a disaster for Tulsa as they lost 17 fumbles last year, tied for 111thnationally. All remaining carries should go to incoming freshman James Flanders, who ran for over 2,400 yards as a high school senior.

Three of the top four pass catchers from a year ago return for Tulsa, including versatile H-back Willie Carter. Carter has been a top notch playmaker, leading the team with 61 catches for nearly 870 yards and nine total touchdowns. Cody Wilson will also contribute at H-back, while Greg Brown and Colt Clontz will split time at tight end.

Bryan Burnham and Jordan James return as two of the starting receivers for Tulsa. Burnham switched from defensive back to receiver in 2011 and put up big numbers immediately, hauling in 850 receiving yards and nine touchdowns. His counterpart, James, added close to 400 yards and a touchdown. Depth will be provided by a pair of big sophomores, the 6-foot-4 Keyarris Garrett and 6-foot-3 Thomas Roberson (10 starts in 2010), as well as Khiry Cooper, a newcomer who graduated from Nebraska this past year and will play out his final year of eligibility in the old gold and royal blue.

A chunk of the offensive line will have to be replaced as just two starters return in junior guard Stetson Burnett and senior center Trent Dupy. Dupy has already started 36 games in his career and will be a Rimington Award candidate this season. Challenging for the other starting spot at guard will be Jake Alexander and Gabe Moyer. After strong springs Jared Grigg (LT) and Brian Deshane (13 career starts at RT) are penciled in as the final pieces of the line, though a pair of talented redshirt freshmen (Garrett Gladd and Garrett Stafford) may supplant them by the end of the season.

The defense has been a weakness the past couple of seasons for Tulsa, but they could buck that trend this coming season as they return seven starters. Last year they faced the first, second, fifth, and 10th best scoring offenses nationally (Houston, Oklahoma State, Boise State, and Oklahoma) and gave up nearly 49 points per game on average. Given that they surrendered just under 18 points in their other nine contests, it’s possible that there might be a huge statistical improvement from them this season just by virtue of an easier schedule.

The biggest losses on defense come at linebacker, where the Golden Hurricane must replace Curnelius Arnick and Alan Dock. Arnick was sixth in the nation with 159 stops while Dock came in fourth on the team. Unfortunately for Tulsa, the bad news doesn’t stop there as leading returning tackler Shawn Jackson (101 takedowns) was suspended for the first three games of the season for a violation of team policy. All of that lost production must be replaced by DeAundre Brown, DeWitt Jennings, Donnell Hawkins and converted safety James Roberson. Brown is a talented athlete with 18 starts in his career but has had to miss the better part two years due with injuries. With the lack of depth, look for a lot of nickel back formations against the Cyclones’ spread offense.

The defensive line is a much stronger group as they return three of four starters. However, the man they’re losing is a particularly disruptive one in defensive end Milton Howell, the team leader in sacks (eight) and tackles for loss (13.5) last season. The defensive line at Tulsa does return three senior starters, giving the group a veteran look. Three-year starter Cory Dorris will hold down one end position and Derrick Jackson and Daeshon Bufford will play tackle. At this point, it looks as though former walk-on Jared St. John will fill out the starting lineup, although Brentom Todd or uber-talented redshirt freshman Derrick Alexander could overtake him at any point. Former offensive lineman Joe King will be the main substitute on the interior.

The core of a solid secondary that intercepted 18 passes one year ago returns and looks to be even better. The headliner of the group is 6-foot-4, 222-pound safety Dexter McCoil, a three-year starter. McCoil has made 216 tackles and has a team record-tying 13 picks in his career, including six in 2011. Also returning are free safety Marco Nelson and cornerback Lowell Rose, who combined for 14 pass breakups and an interception this past fall. Cornerback John Flanders sat out 2011 for academic reasons but started the previous two seasons, essentially providing a fourth returning starter. J.D. Ratliff and Dwight Dobbins are the primary backups in the defensive backfield.

Although they list no returning specialty players the unit will not be completely new. Sophomore punter Cole Way actually led the team in punt attempts with 34 and averaged 38 yards per attempt. Redshirt freshman kicker Chad Levin will have to hold off freshman Daniel Schwarz, one of the nation’s top rated kicking prospects, who arrives in the fall.  Watts will handle the primary return man duties and Nelson will be back with him on kickoffs.

Tulsa played one of the nation’s toughest non-conference schedules last season, losing to Oklahoma, Oklahoma State, and Boise State, while their other two losses came to BYU and one-loss Houston. They’ve been consistently good over the past five years, winning 44 games and making four consecutive bowl appearances and with an experienced group they shouldn’t have an issue extending that bowl streak this season. The biggest keys for their season will be integrating new quarterback Cody Green into the offense, finding a couple of linebackers who can tackle the football and limiting turnovers. Once these issues are addressed a conference title is within their grasp. 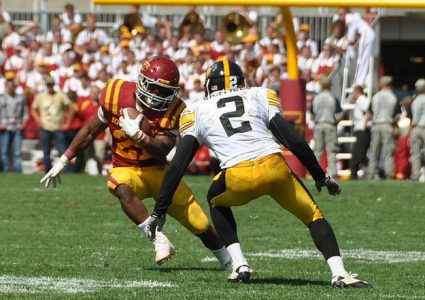