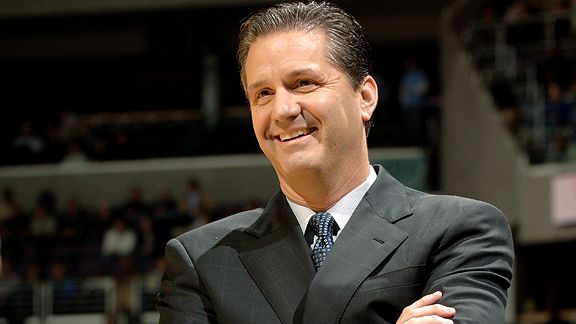 Well this is going to be fun. Games like Saturday’s are the reason you come to Iowa State to play basketball. Win this and you are a legend forever.

But goodness knows it’s going to take a Herculean effort to knock off the obscenely good Kentucky Wildcats.

I don’t need to tell you how talented Kentucky is. You don’t stumble into the No. 1 ranking for almost the entirety of the year and go 33-2 without being almost flawless. Take a look at any 2012 NBA Draft projection and you will find three Wildcats in the top 10 picks. It is very likely the ‘Cats will have the No. 1 and No. 2 players selected in June’s draft. Not to mention a fourth that will go later in the first round. That is just stupid good. But they are not a very deep team, with only six and sometimes seven guys in the rotation.

If there is one area where Kentucky isn’t A+ quality it is at the guard spot. They are still a solid A. Sophomore Doran Lamb is the leader of the guard court at a shade over 13 points per game. His game is fairly similar to his unrelated namesake in UConn’s Jeremy Lamb. At 6-foot-4, he isn’t going to overpower you with his size and athleticism, but Doran can beat you in a variety of ways. He is UK’s best perimeter shooter at a very efficient 46 percent from deep. They love to stick him in a baseline corner and get him looks off penetration. He is also lethal in kick-outs after offensive rebounds. And if you close out too quickly on Lamb, he will put it on the deck and get to the rim and draw contact. Once at the line, he shoots over 80 percent. Lamb scored 16 and knocked down two of UK’s three long distance shots against Western Kentucky.

The point guard is freshman Marquis Teague. He is another in the long line of future NBA point guards that start as a freshman for Calipari. Think about this lineage: 2008-Derrick Rose, 2009-Tyreke Evans 2010-John Wall, 2011-Brandon Knight. Teague is not at these guys’ level but he is still a high quality talent. He is very quick and has nice size for a point guard at 6-foot-2, 190. He is best in transition and very few defenders can stay in front of him when attacking the rim. He averages right under 10 points per game, but is their "weak" link on offense. Teams have elected to sag off him and make him beat you with jump-shots. I would expect Iowa State to do the same. He made just 22 threes all year and shot a meager 30 percent from deep. He also can get a little careless with the ball (97 turnovers) and has had shoddy decision making at times. But when he puts his head down, few are better at getting to the basket. Teague had 12 points and four assists in their opening win over WKU.

The Wildcats bring senior stalwart Darius Miller off the bench at the guard spot. At 6-foot-8 he is a glue guy that plays over 25 minutes per game and scores almost 10 points. Miller is the second biggest outside threat, knocking down 49 treys at 37 percent on the season. He is also very comfortable in the mid-range with his pull-up game. Miller is often the beneficiary, like Lamb, of wide-open looks off of kick outs. He gets lost in the shuffle, but is not afraid to take big shots. Miller is also a very good defender and has great length to cause disruptions in the back-court.

Where to start? The Wildcats front-line is better than four or five NBA teams and that is only a slight exaggeration. Freshman center Anthony Davis is the consensus all-everything. This dude is cleaning up on the awards circuit as he should, and will be the No. 1 pick in June. He leads them in scoring (14.3 points) rebounding (10.0) and blocks (4.8). He had a ho-hum game in the opener against Western Kentucky: 16 points, 9 rebounds, 7 blocks. No big deal for Mr. Davis. Don’t be fooled by his slight frame at 6-foot-10, 220, Davis is an animal. He controls both ends of the floor with his length and playmaking ability. He is a more athletic Kelvin Cato with ball skills.  And over the course of the year, he has developed a nice jump-shot from 15 feet and in.

When he has the mind-set to take over, look out. He is one of the six or seven most talented basketball players in America, that includes the pros. You have to keep him off the offensive glass, he gets almost half of his boards on offense and those lead to easy buckets. Iowa State has to make him earn his points…If he is getting dunks and lobs all night, good luck. Make him convert post moves and jump-shots. He almost never gets in foul trouble. He has had four or more fouls in just two games this year.

After him, it gets easier right? I wish. Sophomore forward Terrence Jones is third on the team in scoring at 12.8 points and third in rebounding at 7.1. He didn’t have the breakout year some expected, but the 6-foot-9, 250 pound Jones is still an explosive talent that will be drafted in the lottery this year. He is a versatile forward – think Josh Smith from the Atlanta Hawks. Iowa State has to keep him on the perimeter. He tends to fall in love with his jumper and that is what you want him to take. If he is active attacking the rim and on the glass, Kentucky is nearly impossible to beat. His motor isn’t running at full blast all the time and he can coast at times. But if he is engaged, he is a monster.  Unfortunately for the Cyclones, he was engaged in the opener and exploded for 22 points and 10 rebounds against WKU.

The third forward is freshman Michael Kidd-Gilchrist. MKG was the high school player of the year coming out of New Jersey last season. And has a chance, if he wants, to be the No. 2 pick behind Anthony Davis in the NBA Draft this year. At 6-foot-7, 230 pounds he doesn’t look like a freshman. He is fearless going to the basket and there may not be a better player in college basketball of attacking the rim in transition. Bottom line: He wants to dunk on your face. He averages 11.7 points and 7.5 rebounds. The one knock on MKG is he doesn’t have a reliable jumper, just 25 percent from three point range. But he has an unbelievable first step and great hops, so rarely does he need to shoot jump-shots.

UK will also bring 6-foot-9 freshman post Kyle Wiltjer off the bench. He plays a handful of minutes and gets a majority of his shots behind the three point line. Wiltjer is a 40 percent shooter from outside, so if you don’t pay attention to him (and that’s easily done with the other players you have to guard) he will knock down open looks.

So the question is how do you beat these guys? It’s a huge challenge. Vanderbilt and Indiana managed to do it by being patient on offense and limiting easy baskets. Kentucky does not play at an overly fast pace. They have the capability to run, but have no problem suffocating you in a half-court game. The one vulnerability they have is they are not a consistent jump-shooting team. If you can keep them out of the paint (a huge IF) and make them shoot from the perimeter, that’s your best shot.  In their two losses, they were 2-for-7 from 3-point range against Indiana and 6-of-28 from three against Vanderbilt.

The other imperative is you can’t get destroyed on the glass. Kentucky has a plus eight edge on the glass over their opponents (that’s ridiculous), but they were out-rebounded by both Indiana and Vandy. Everybody has to get on the boards to be competitive.

And lastly, luck has to be on your side. Kentucky has little depth, so any foul trouble can cause them significant issues.

It’s going to be a monumental challenge, but nobody becomes a legend by defeating the average. 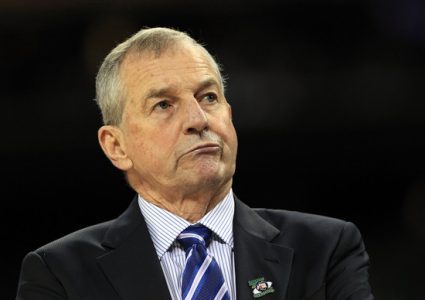