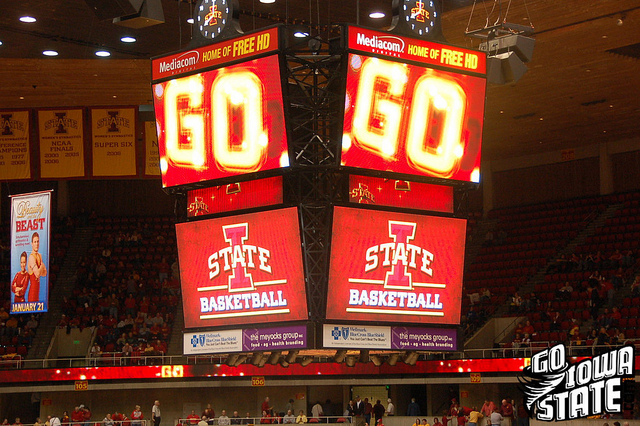 Here are some links, nuggets, thoughts and more in this installment of the Cyclone Roundup.

SEASON HIGHLIGHTS: Props to perrybry on YouTube for creating this fantastic "Road to the Pinstripe Bowl" highlight video of the Iowa State football season.

Will Clyburn participated in all activities in practice today for the first time since cracking a bone in his foot in October.

During the Big 12’s media day back in October, Fred Hoiberg told me that he was going to use the time that Clyburn missed on his feet in the weight room, building strength for the future.

MCSHAY LIKES RUTGERS: I fired up the DVR late last night and watched ESPN’s Bowl Mania special. Todd McShay picked Rutgers to win the 2011 Pinstripe Bowl and ranked the game with a confidence of 23. That’s a lot of confidence for a team that Vegas views as an underdog. I don’t mind the Rutgers pick. After all, it will be like a home game for the Scarlet Knights. But 23 seems awfully high to me.

38th IN ATTENDANCE: The Iowa State football programed ended the 2011 football season ranked 38th nationally in attendance with an average of 53,647 fans per game.

FRESHMAN OF THE WEEK: Iowa State’s Brynn Williamson was honored as the Big 12’s Freshman of the Week on Monday afternoon. Williamson averaged 10.5 points and 1.5 rebounds in wins over Iowa and Mississippi Valley State last week.

— ESPN.com’s Mark Schlabach ranks the Pinstripe Bowl as the 20th most interesting bowl game this season. Read about it by CLICKING HERE.

— Dan Tracy of the Iowa State Daily offers up this piece on Tom Herman, who is currently working on two different coaching staffs.

— Andrew Logue of the Des Moines Register features Iowa State’s senior class, that has been a major part of the most successful three year run in the last decade.

— I assume that you’ve seen the replays from the nasty Cincinnati/Xavier brawl last weekend on the hardwood? The Oklahoman’s Berry Tramel writes that the brawl could potentially keep Cincinnati out of an expanded Big 12.

— The Mountain West Conference is on the verge of asking for an automatic BCS bid.

— Three Big 12 teams are ranked in the AP’s latest college basketball rankings. CLICK HERE to check them out. 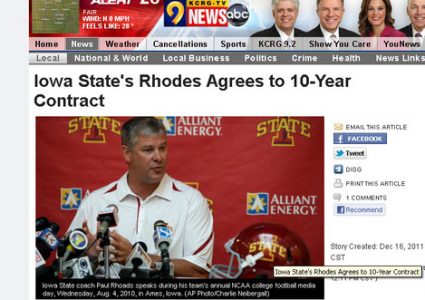 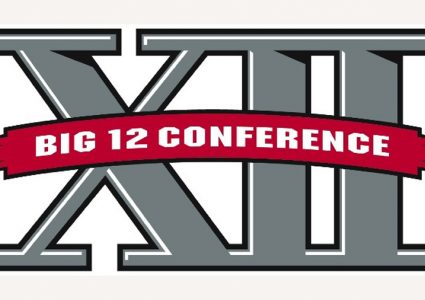