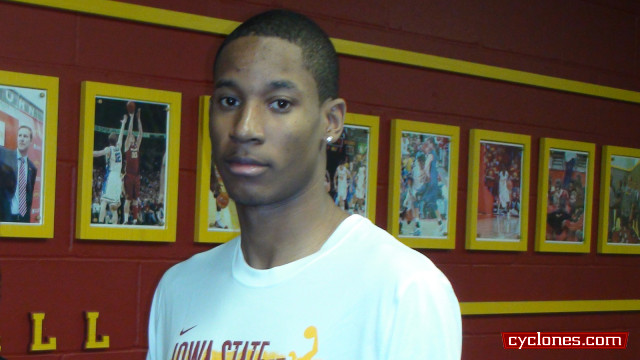 In early October, Will Clyburn broke his foot.

On the surface, that’s a bad thing.

Dig a little deeper and you’ll see that this could be a blessing in disguise for the Utah transfer who has to sit this season out for Iowa State due to NCAA rules.

“The big thing that I have really stressed to Will is to use this time to his advantage," explained Iowa State head coach Fred Hoiberg. "The biggest thing that he needs to work on is his strength. He needs to put on some size. This is a great time for him to get in the weight room and put on some strength and go one-on-one with our strength coach."

"He can put on some weight when he’s not out there burning all of those calories in practice because he can’t be out there running on that foot," said Hoiberg. "Hopefully he will look back on this in a couple of years and see this time as a blessing.”

In a couple of years, Clyburn just might find himself on an NBA roster.

“He has a chance. He’s long and athletic. He can shoot. He can handle. He has everything to look for in a wing player," said Hoiberg. "He might be as good of a pro prospect as we have.”

Clyburn will be eligible to play for the Cyclones during the 2012-13 season.